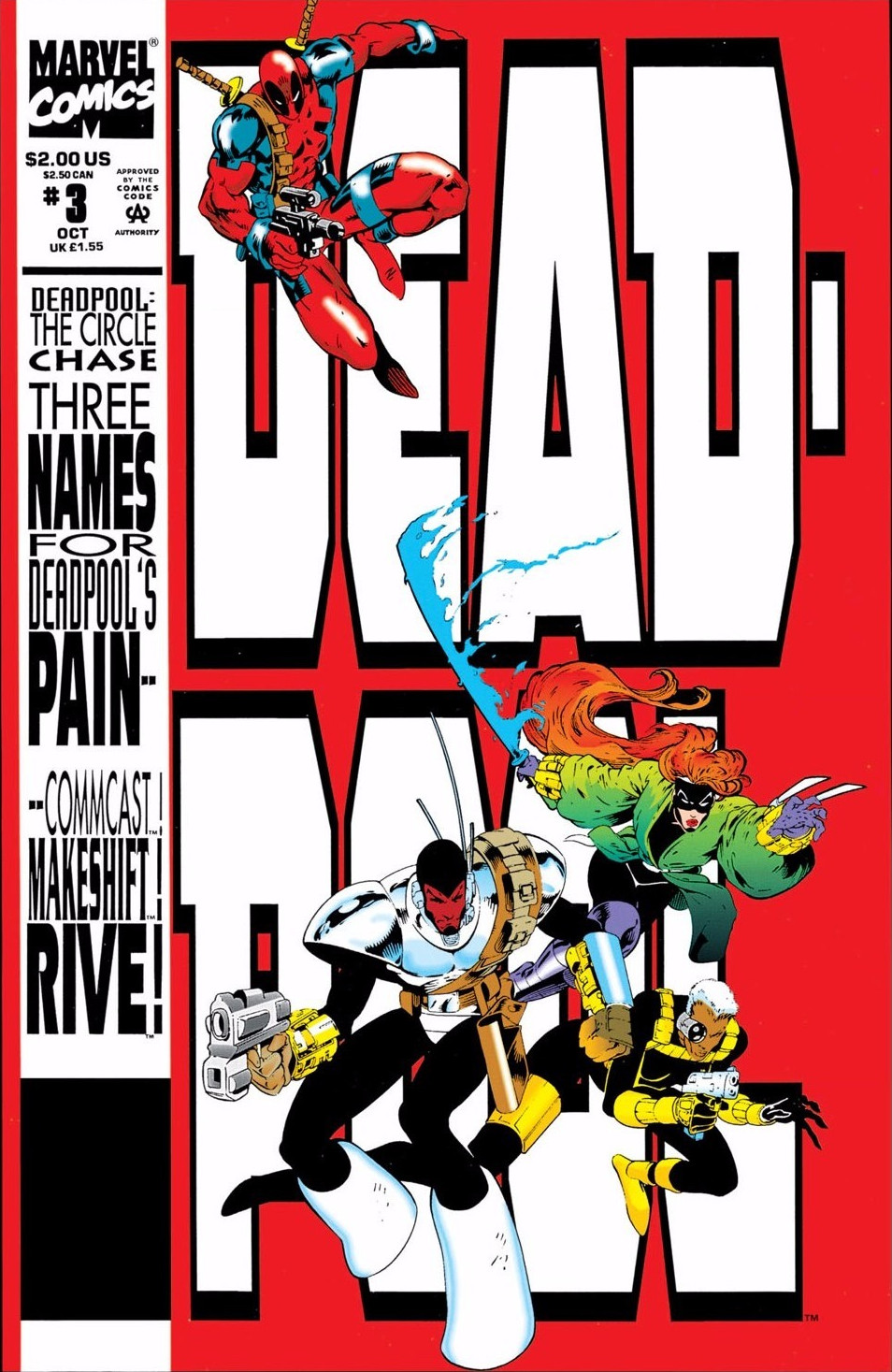 Continuing in my review of all the appearances of Deadpool, we get to his first solo book—a miniseries by Fabian Nicieza (with Joe Madureira on art), who has thus far been pretty much the only guy to write Deadpool (other than co-creator Rob Liefeld).  It’s cool when Marvel lets a creator control a new character and really flesh him out over the course of years before diluting him with stuff by other writers.

In this book, the merc is himself hunted by mercs—in Sarajevo.  When we get to the actual story, we learn that “Mr. Tolliver,” the guy who hired DP to kill Cable back in New Mutants #98, is now dead, leaving Deadpool without a client.  Deadpool finds Tolliver’s will and learns that if he is the winner of “the circle chase” then he’ll get the most powerful weapon in existence.  Madness ensues.

Key here is that it is the first appearance of Weasel, Deadpool’s sidekick.