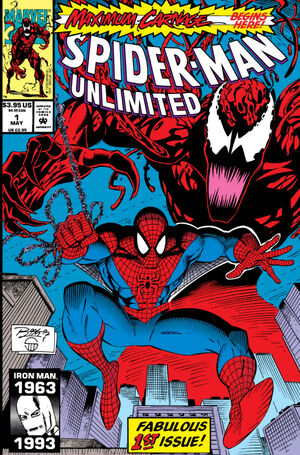 I’ve looked at The Amazing Spider-Man and Peter Parker the Spectacular Spider-Man, which were the two really good monthly Spidey books.  I’ve tried the best, now some of the rest…

Spider-Man Unlimited launched in 1993 as part of Marvel’s “cash grab” line of books that included umpteen Wolverine titles with Ghost Rider featured on the cover.  But seriously, S-M U sucked.  I mean, it really, really sucked.

It was printed on high quality paper and had several stories in every issue, at least one of which would tie into the numerous events going on in the other

Spider-Man books–so you had to buy it.  Unless you wanted to read good comics, in which case you probably weren’t reading many Marvel books in the early 1990s.  For example, issue #1 launched the Maximum Carnage event.

In the spirit of my “panel from every issue series,” I’m betting I can find something worth posting on in every one of the 22 disastrous issues of this terribly unfortunate comic.

Like this one had Mary Jane smoking and looking haggard as fuck.

I hope you’ll play along at home! 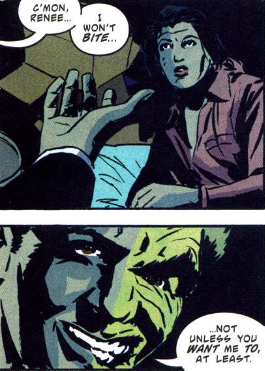