Home
Earth's Mightiest
WHAT IF? #7:What If Someone Else Had Been Bitten by the Radioactive Spider? I’ve been looking at old issues of What If? to see how many of them ended up being canon, and so far it’s only three of six.  Also, so far most of the issues aren’t very good.  It seems this is a series I remember as being much better than it was–at least so far.

The main reason I wanted to post on this is the panel above, in which the girl-spidey from this story (a story that’s actually a lot of fun) has pupils, in a clear tribute to Steve Ditko’s classic mix-up in Amazing Fantasy #15…. 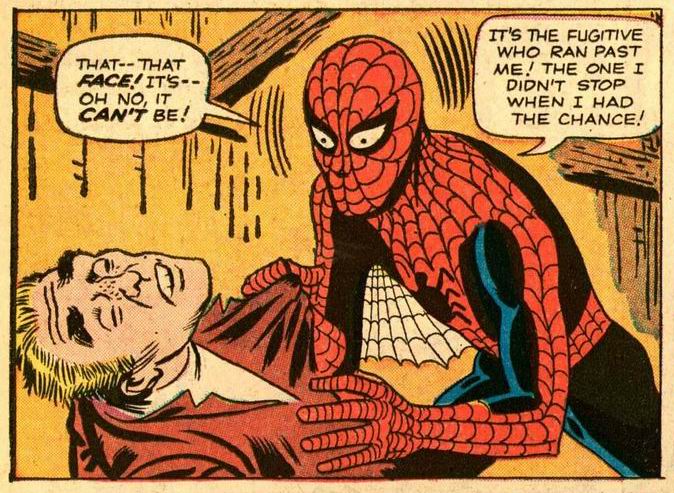 Plus, #7 it did come true.  In the recent Amazing Spider-Man #4, we learned that after Peter got bit that damn spider was still hungry… So that brings the count to 4 What Ifs coming true out of seven issues.  More than half.

Marvel 1978, Spider-Man (guest+team+one shot appearances), Uatu the Watcher, WHAT IF "WHAT IF?" WAS (every issue of Marvel's What If?)
Tweet Pin It