Yesterday, I gave some thoughts and updates on the current situation at Marvel.  I haven’t done one of these news posts in about a month, and I had too much I wanted to share to fit into just one post.  So, Marvel yesterday and today everything else.

Both DC and Marvel have released the first issues of their respective Convergence (lots of issue #1s) and Secret Wars events (the first issue of the Ultron miniseries).  Neither were very good, or even all that interesting.  Hmmm.

So what IS interesting in the comic book world?  Let’s find out! CONVERGENCE: SHAZAM.  Whatever my thoughts might be about DC’s ongoing event (been burned too many times by DC, their events suck, their reboots suck harder, etc.), I’m excited to see what Evan “Doc” Shaner and Jeff Parker do with Captain Marvel.  They promise to include the entire family, talking tiger and all.  Coming April 29.

SO LONG, AND THANKS FOR ALL THE FISH.  Jada Pinkett Smith is leaving Gotham after season one, so no more Fish Mooney.  Too bad.  She’s the second best badass on the show.

FOX STILL PROCEEDING WITH LUCIFER.  Despite the bad reviews and low ratings for Constantine, FOX is continuing forward with their adaptation of another Vertigo series: Lucifer.  They’ve cast Lesley-Ann Brandt, from Spartacus, to play Maze, and Tom Ellis as the lead.

EVERYTHING MARK MILLAR DOES IS A MOVIE.  Image Comics’ Jupiter’s Legacy (with Frank Quietly) and Mark Millar’s latest project Chrononauts, (also for Image Comics) have been sold.  Millar’s a movie machine: Wanted, Ultimate Fantastic Four, Kingsmen, and Kick-Ass have already been made, and we can look forward to adaptations of Marvel’s Civil War, Starlight (his 2014 book with Goran Parlov) and Superior.  I personally am looking forward to that last one the most—it’s a book he made with Lenil Yu about a disabled kid who becomes a superhero (a lot like Shazam), but it’s told in a dark and cynical style with a great twisty plotline.

I KILL GIANTS: THE MOVIE.  It’s been discussed for years, but it looks like the adaptation of the multi-award-winning Graphic Novel by Joe Kelly and J.M. Ken Niimura is really moving forward—with Academy Award winner Anders Walters to direct and Chris Columbus producing.  I am so stoked about this—the graphic novel is absolutely fantastic.

LAZARUS GETS A TV DEAL.  Greg Rucka is one of the most interesting writers in comics today.  Artist Michael Lark’s talent speaks for itself, and he has great sense of mood and page design.  Their creator-owned Image Comic has gotten a TV development deal, and Rucka will write at least the first episode.  Couldn’t happen to a better comic, frankly. 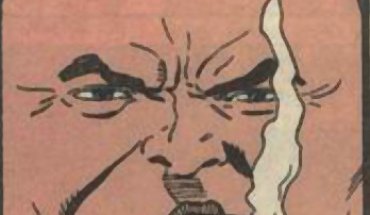