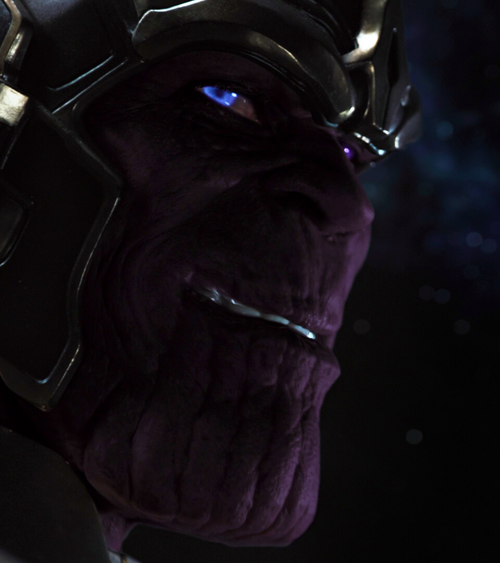 This post ends my review of every appearance of Thanos.  Hopefully, I didn’t miss any.  Click on the tab below to read for yourself about how the Mad Titan has been depicted throughout Marvel’s history.  And he’s more important now than he ever has been before.  I mean, he’s a movie star!

I am ending my review of Thanos with his 2014 appearances.  Last year, the creator of Thanos returned to write and draw “The Infinity Revelation,” a tale that ignored all of the horrible (and horribly corporate) Thanos stories of the few years before it.

It opened as so many of Starlin’s epics did, with heavy philosophy…. The idea that nothingness, or death, is beauty, is central to the Thanos character as depicted by Jim Starlin.  The Infinity Revelation featured Adam Warlock, Pip, Silver Surfer, and huge cosmic spreads like this… If I’d read it last year, instead of saving it for this series of posts, it definitely would have made my list as one of the best comics of the year.  They don’t make comics like this anymore.  I mean, Marvel certainly doesn’t: All its stuff has to be highly accessible to their moviegoing audience, but no one else does either.  This is a comic book.  It could never be a movie, or a cartoon, or anything else.

As a result of doing this series on Thanos Jim Starlin has become one of my favorite creators of all time.  I realize how unique his voice is, and how so many have tried–and failed–to duplicate it.

Starlin is currently doing “Thanos vs. Hulk,” and Thanos currently appears as part of Hickman’s “cabal,” an evil version of the illuminati, in which he is reduced to being a partner of the likes of Namor and Terrax.  Now, I know those are some badass dudes, but this is Thanos.  The guy who destroyed the entire Marvel Universe, for God’s sake!  I’m sure he’ll factor into the upcoming Marvel Secret Wars that realigns their universe.

But to me, his Starlin stories will always be the greatest.