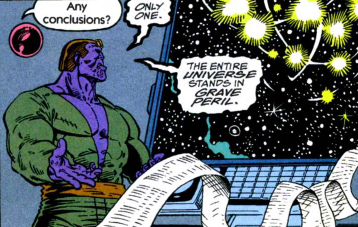 Okay, so we go from Infinity Gauntlet, one of Jim Starlin and Thanos’ greatest epics, into an obvious money grab.  “Infinity War” isn’t terrible, but it isn’t great, either.  It starts with Thanos the farmer (who somehow has computers that can scan the universe) realizing that there is a new threat arising. 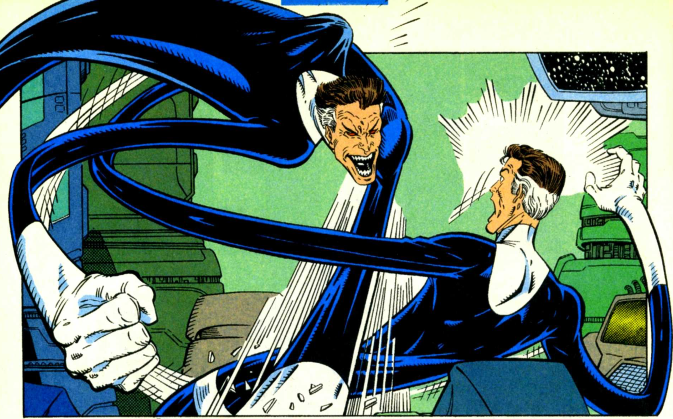 There’s dopplegangers, see?  And that’s ’cause the big bad is the worst evil twin of all, Magus (the anti-Warlock)…. 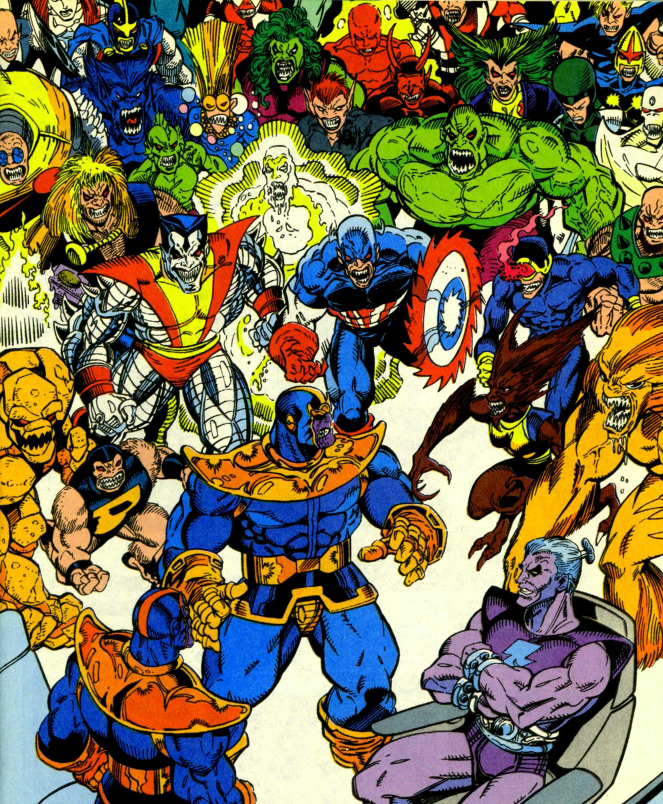 Magus’ second in command and sidekick is Thanos’ double, or “shade” as the dupes are called in this series.  So the real Thanos is forced to team up with Warlock and Drax. 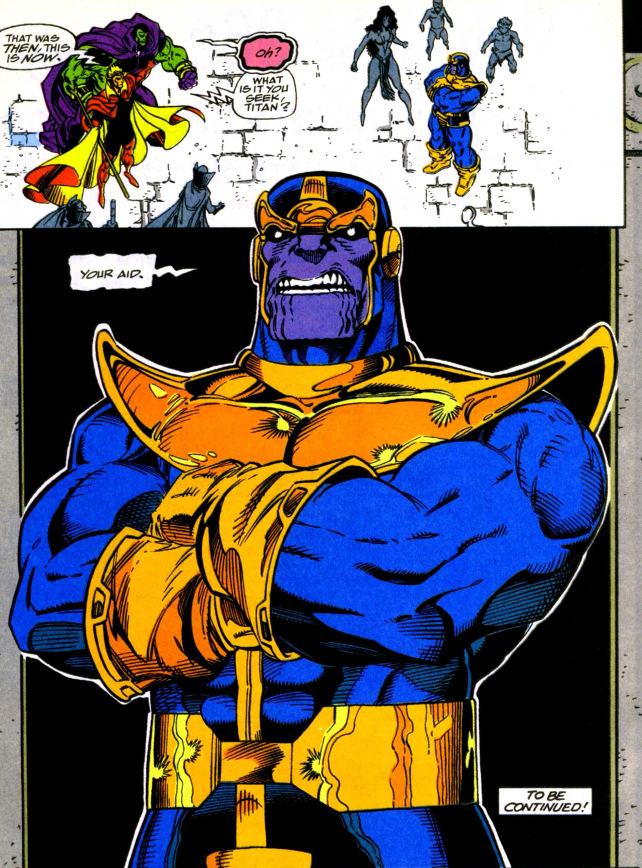 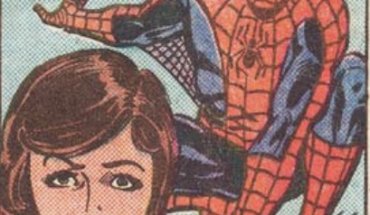 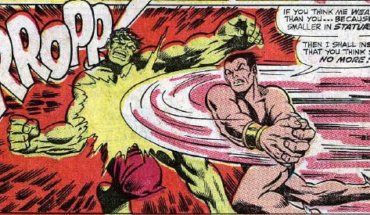 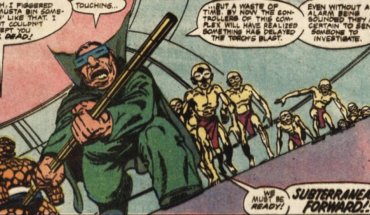