The biggest news of October came out of DC, who had zero presence at NYC Comic Con.  And I got there when it opened on Tuesday, and Marvel’s booth was barely set up.  Where were the big two?  Anyway, what was DC’s news?  Movies!

Warner Bros. announced a full film slate.  The plan rolls out in 2016 with Batman vs. Superman and Suicide Squad.  In 2017, we get Wonder Woman and Justice League.  In 2018, it’s Flash and Aquaman.  In 2019, Shazam and Justice League.  Then we close out the decade with Cyborg and Green Lantern.  2020 should be enough time to get the stink off of Green Lantern from his first film.

This means that DC will give us both the first female-fronted superhero movie and the first one starring an African American.  But perhaps even more interesting is that there are no more plans for Superman or Batman solo films.  This may be due to the duo’s presence in the Justice League, but it may also be due to the fact that DC seems to be (once again) copying Marvel by rolling out only two movies a year.  Or it may be because they also have a full TV slate, and their TV universe does not appear to connect to their movies—particularly because The Flash will be portrayed by a different actor on the big screen.

I’ve read several articles saying how DC is doing the opposite of Marvel by not introducing characters in solo films but instead starting off with the gang bang in Batman v. Superman, but how true is that?  The Avengers featured The Hulk, Captain America, Thor, Iron Man, Black Widow and Hawkeye.  Few people outside of the comic book niche knew more than one or two of them.  Marvel had to make the public care about these characters before they could go solo.  Compare that to Flash (who will have had two TV series before the film launch), Wonder Woman (who most baby boomers remember from a TV show), and Superman and Batman who are ubiquitous.  This isn’t innovation; it’s a simple issue of Q rating.

To me, though, the most interesting thing is that DC is willing to leave money on the table next year.  No movies in 2015.  That’s just stupid.  Right now, the super hero movie thing is selling like gangbusters.  I’m not saying it won’t continue, but we also can’t assume that it will.

So what does the future look like?  As best as I can tell, here’s your movie schedule for the rest of the decade.  I’m sure I’ve missed some, but these were the ones that are confirmed that I could find…

February: Kingsmen: The Secret Service (based on Mark Millar’s comic)

Nothing but silence from DC.

Also: Tarzan (based on the Dark Horse comics) and Sandman (based on Neil Gaiman’s award-winning Vertigo series). 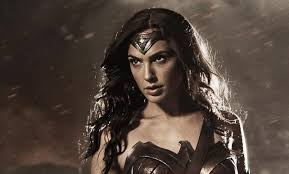 March: Wolverine (from Fox, but it’s not clear if the title role will be recast)

July: Fantastic Four 2 (assuming the first one does well enough)

July: Guardians of the Galaxy 2

November: Justice League.  The big bad is rumored to be Brainiac.

Sony also promised a Venom vs. Carnage movie this year, and hinted at a second Spider-Man spin-off starring a female character (probably Black Cat), but they haven’t picked a date and rumors abound that neither of these films will actually happen.

May, July, and November: Three Marvel Studios films (titles not announced), and a Fox Marvel movie not yet announced June: Justice League 2, in which they fight Darkseid.