So, the word is that BOOM! Studios and 20th Century Fox have a first-look deal to adapt comics into TV shows or movies. And, of course, last year BOOM! Acquired the wonderful Archaia publishing line, which comes along with the deal. I’m assuming licensed titles, like the Muppets and 28 Days Later, are not part of the deal—but even without them, there’s lots of great stuff at BOOM!/Archaia that needs to be adapted…Now!

Many deals are already in place: A great 2 Guns movie came out last year, and deals are in place for Unthinkable, The Foundation, Rust, Jeremiah Harm, and several others—but those wouldn’t have made my top 10 anyway.

Here’s what does, and why…

10. Dead Run by Michael Alan Nelson and Andrew Cosby. This would be a terrific “B” picture: Zombies, monsters, and fast cars. After the apocalypse, Americans live in fortified cities. Dead Run tells the tale of Nick Masters, a driver who makes deliveries through the wasteland connecting the cities.

9. Strange Attractors by Charles Soule and Greg Scott. What if you figured out, mathematically, the way a city “worked,” and used that formula to constantly tweak it so it didn’t burn out or destroy itself? That’s the story here: A city engineer who, basically, is God, and his new young student. A great sci-fi story aching to be turned into a thoughtful thriller. 8. I Thought You Would Be Funnier by Shannon Wheeler. This Eisner-nominated humor book is basically a series of New Yorker cartoons, but it could serve as the premise for a series of sketches or animated shorts. I know that spinning these kinds of things off into TV isn’t always successful, but with the right imagination behind it, it could be hilarious.

7. Hero Squared by Keith Giffen, JM DeMatteis, and Joe Abraham. The writers of the best Justice League comics of all time tell the story of a superhero plucked from his own universe into one where his counterpart version has no powers…And his dating his arch enemy! Yeah, it’s high concept and a bit of a mind-bender at first, but this book has run several volumes for a reason: It’s great. I’d love to see it serialized as a super-hero sit-com. Think “My Super Ex-Girlfriend,” if that movie had actually been any good.

6. Potter’s Field by Mark Waid and Paul Azaceta. Just about anything with Waid’s name on it deserves adaptation, and this noir about a man trying to name all the unmarked graves in Potter’s Field is no exception. It could be an ongoing series about each grave, or a movie focusing on the plot that linked the four issues in this great, underrated miniseries together.  It is one of his best works. 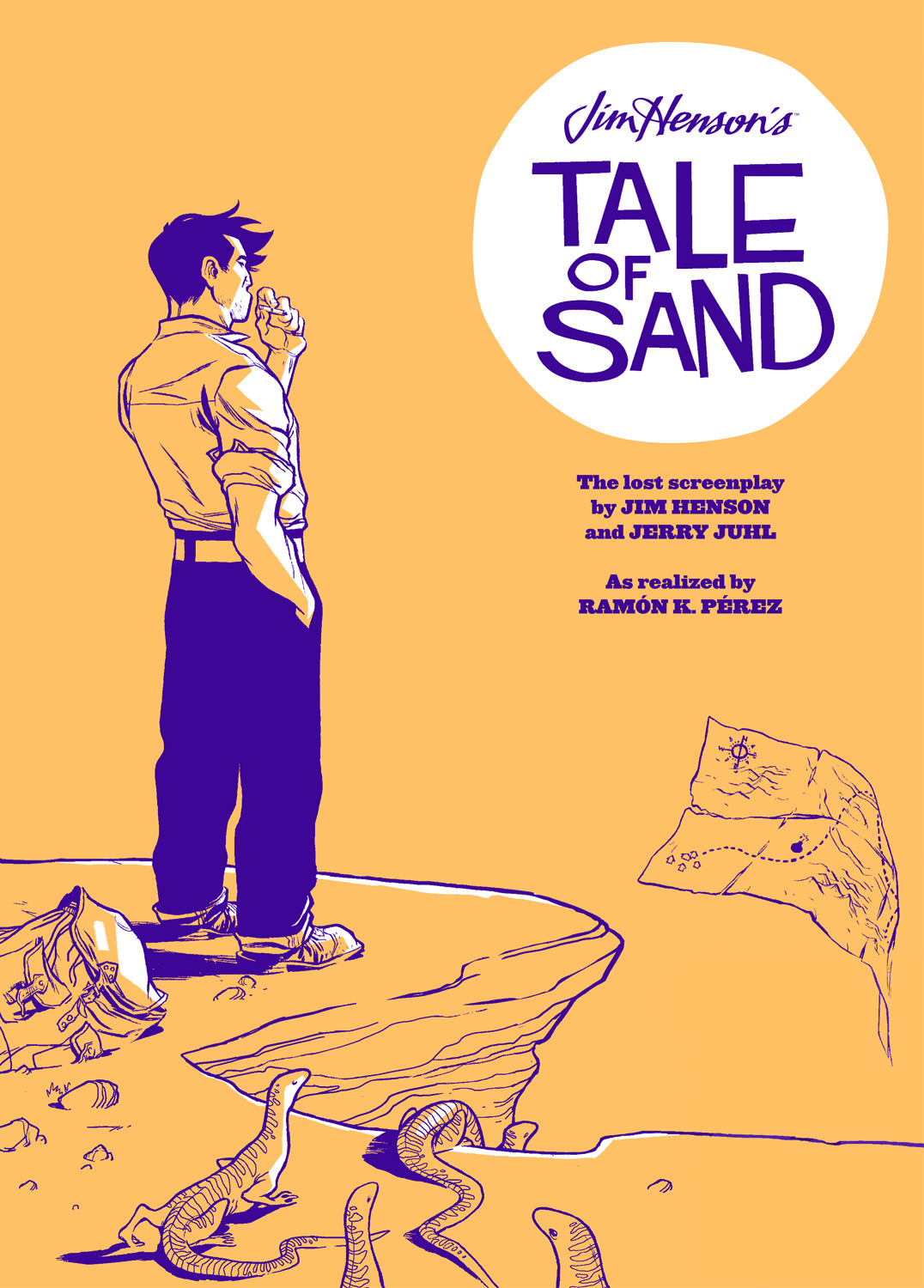 5. A Tale of Sand by Jim Henson and Jerry Juhl. A graphic novel based on an unproduced screenplay by the genius behind The Muppets, The Dark Crystal, and Fraggle Rock. How is this not already a movie?

4. Mouse Guard. It’s beloved, it’s won dozens of awards, and it’s tailor-made for a small-screen animated series that would have some depth to it. Kids today are savvier by the minute—why not give them something they can really think about?

3. Deathmatch by Paul Jenkins and Carlos Magno. A world’s worth of superheroes and villains find themselves trapped in a gladiator-like kill-or-be-killed arena, with no idea how they got there or why. It’s part mystery, part action, with tremendous spin-off potential. Plus, although it ran for over a year’s worth of issues, it would be fairly easy to adapt to movie length. Why should Marvel have all the epic, heroic fun?

2. Irredeemable/Incorruptible by Mark Waid. To me, this is Waid’s magnum opus. This story of “what if Superman went bad” (and in the case of incorruptible, “What if a supervillain went good”) is one of the greatest superhero comics of all time. I don’t know how well it would translate into a film—it’s a complex saga that took years to tell in the comics–but I’d love to see someone try.

1. The Killer by Matz and Luc Jacamon. The Killer is a French comic about a hitman who doesn’t really struggle with the morality of his job (which is what you’d expect from a book about a killer), but more with the ennui between jobs. It’s also a great thriller. And with five novels in the series, if the first movie is a success the sequel’s already written! Of all the comics on this list, this is easily the most literary and the one I’d be most excited to see adapted.