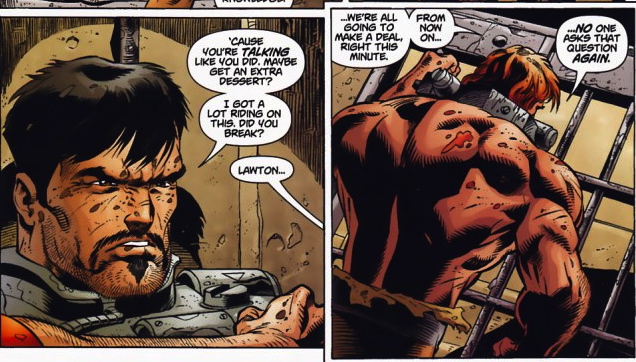 In which the newly minted sextet are tortured by the Society.  It’s a very smart way to establish moral relativism: The Secret Six consist of some bad, evil dudes.  One of them used to work for Darkseid, even.  But they don’t torture, and they respond nobly under pressure.

Then, in issue #4, we see how big the Society’s reach is…And they actually have a gang sign! 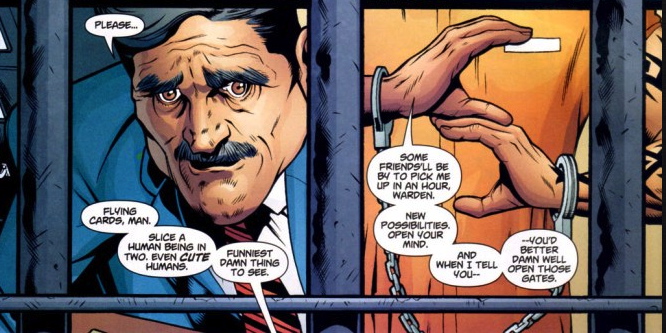 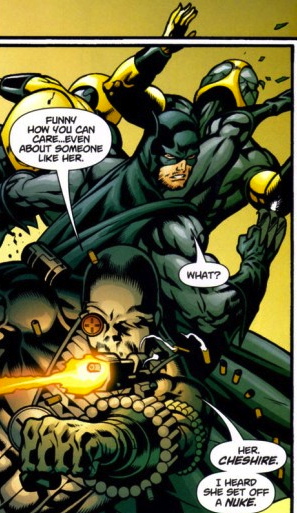 Author Gail Simone also understands the need to establish a team dynamic, quickly, that will set her group apart from the others.

She starts with a bromance: Catman and Deadshot.  It makes sense: Both are Batman villains, both have similar, street-level skills sets.

Scandal is a lesbian, but she isn’t paired off with Cheshire.  Cheshire seems to want Catman–but it’s unclear why.

And then there’s the comedy relief: Parademon has a protective, big-brother-ish attitude towards Ragdoll.  It’s clear that Ragdoll has a very sick origin story (he broke his own bones and subjected himself to hundreds of surgeries to the point where his body is basically unbreakable rubber), and we know Parademon is a fugitive from Apokolips, so he must have seen some horror in his day.  Yes, these two are the comedy relief.

And finally, the introduction of the third act conflict: The Secret Six will do something heroic.  They will stop the Society from mindwiping the JLA.

Now, we really can root for them. 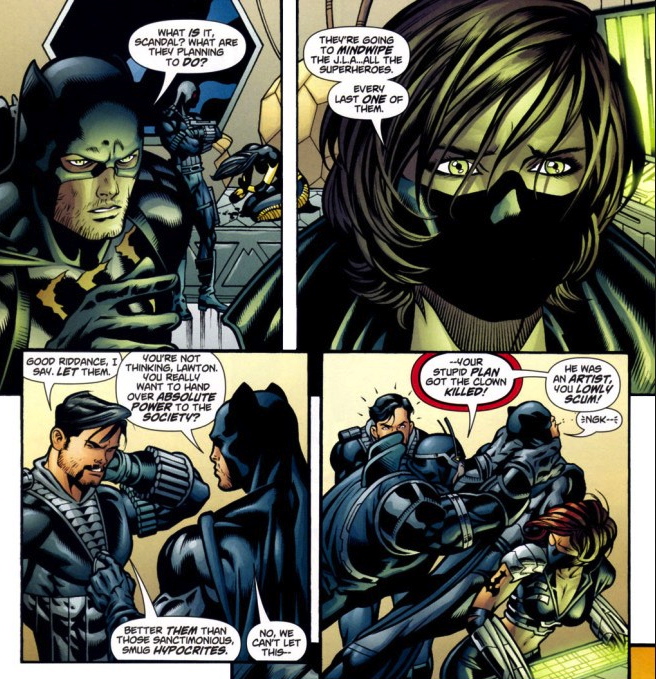 This miniseries should be studied in How to Create Comics 101.  It’s perfect. 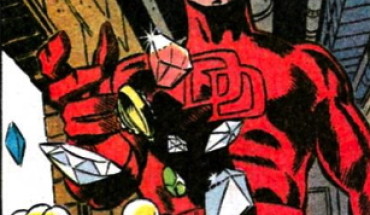 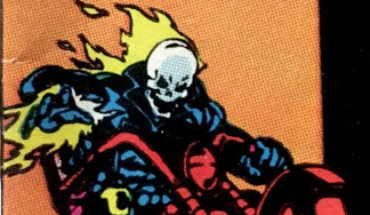