One of the greatest, saddest comic books of all time.

I’ve read it over and over, and it still makes me weepy.  Even though I knew at the time Johnny Storm wasn’t really dead.  I love this drawing especially for how Nick Dragotta puts Thing in the background, shadowed and sullen.

Great art, great writing, great story.  After this, we got twelve issues of a new title called “FF,” with Spider-Man joining the team for a convoluted (but fun) story in which the bad guys join the good guys, the Inhumans come along, etc. etc. until we get back to F4 volume 1, number 600.  I guess they got there because the twelve FF issues counted as part of Fantastic Four volume 1 after all.

From here on out, Hickman’s run isn’t as good–it’s still good, but not as good.

As I said, Hickman’s work doesn’t lend itself to piecemeal, “panel” reviews like the ones on this blog and, frankly, after reading 600 issues of Fantastic Four, I’m ready for a change.

We had a poll.  43% of you said I should read Amazing Spider-Man next.  29% of you liked Daredevil, which I’ve already started doing (but one reader said he doesn’t care for DD–maybe I can change that!).  Two people voted for The Defenders, and one person suggested Power Pack.

Sorry, no Pack here.  I don’t own the back issues and I’m not that into the comic.  (Runaways, I could be persuaded.)

So, starting tomorrow: Amazing Fantasy #15 and a panel from every issue of Amazing Spider-Man begins. 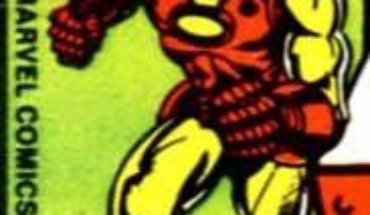 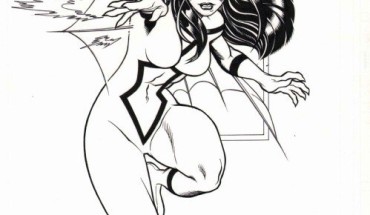 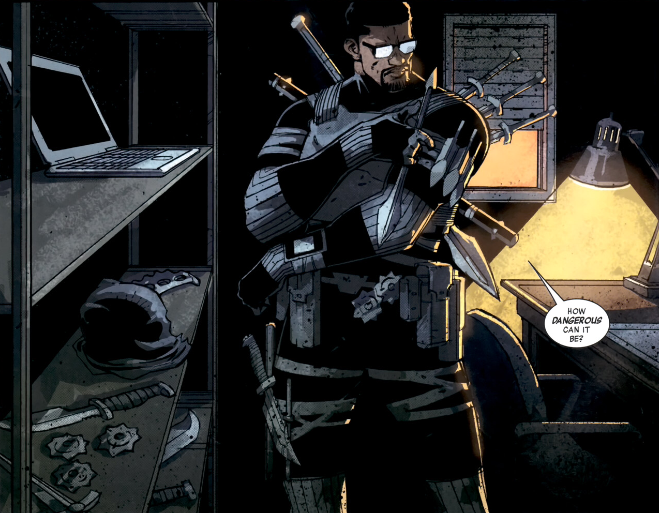