Home
Earth's Mightiest
5 PANELS FROM A COMIC YOU SHOULD BE READING: Godland

These are the first panels of Godland, which introduce the “cosmic” nature of the book, and set the stage.

What is Godland? It’s a 2005 comic by Joe Casey and Tom Scioli, published by Image, about…God. Lots of folks have written about Superman as if he were a God, but this is the first comic to really explore the concept of superhero-as-God in a decompressed, far-reaching way.

Godland is also about comic books as a medium. Tom Scioli draws like Jack Kirby, and Joe Casey spends a lot of time doing his best Stan Lee hyperbole imitation. Anyone who has read Casey’s most recent mini-epic, Butcher Baker the Righteous Maker, knows that he’s fond of including two-to-four page essays at the back of each issue in which he talks about his past, his love of comics, his love/hate of corporate comics….These “rants”/missives are sometimes even better than the comic itself.  Godland gives Casey the space to really meditate on the meaning of Lee/Kirby’s creations, creative rights, and creator-as-God.

Above, from the seventh issue of this ongoing series, Joe Casey speaks as the “son” of comic book creator Jack Kirby.  Kirby was best known for big, explosive action and destruction. Godland has the potential for that–and there are many such dramatic panels–but it’s not just old Kirby style action. Godland is more philosophical.  Kirby’s burden was that he had grand ideas, but the medium would never allow him to stretch–he was ahead of his time.

Then again, this is the “most classic” panel from the series, and probably the best known:

Tell me that’s not brilliant.

The main character, Archer, is practically a God–or, at least, he has become one with the source of Godlike power–but even this doesn’t solve his daddy issues. I’m not an athiest but I have found that no amount of faith can take the place of good inner child work.

God I love this comic.

I’ll leave you with their wonderful take on the “standard” supertrope–Crashman (a hero named after destruction and mayhem) is a clear analog for Captain America: His weapon of choice? Flying discs. 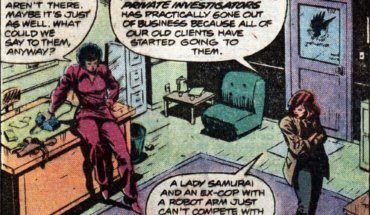 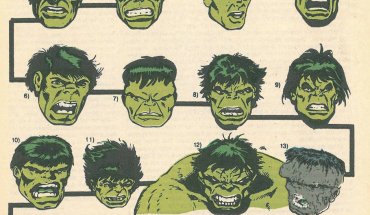