Above the fold news today: NO MORE WALKING DEAD FOR FIOS CUSTOMERS!  If you’re reading this and you subscribe to FIOS for your cable TV, they are thinking of dropping AMC.  If you’re a Walking Dead fan, please write to FIOS immediately at the “Save AMC” website.  If you’re not, please do it anyway on my behalf.
I can’t live without my undead!
Hit the break for Superman news (both film and print), new Mark Millar movie projects, a Keith Giffen property getting the big screen treatment, and much more… 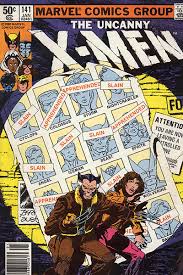 X-MEN DAYS OF FUTURE PAST.  Patrick “Prof X” Stewart and Ian “Magneto” McKellen definitely are cast in the sequel to X-Men: First Class, which will be directed by Brian Singer—who directed the first two X-Men movies, which, in turn, changed superhero movies forever by proving that an ensemble/team movie about a group of heroes relatively unknown to mainstream America could be both a critical and commercial success.  Hugh “Wolverine” Jackman is also in talks.  Most of the XM1stC cast is confirmed to return.  The sequel is based on one of the best X-Men comics of all time, and if you’re not exploding with excitement yet you are hereby banished from my blog.
MAN OF STEEL & JUSTICE LEAGUE.  I guess someone got the “amp up the hype” memo, because suddenly there’s talk about Superman being part of a “larger” DC film universe, hints at other DC heroes possibly appearing in the film (briefly), and how “realistic” it will be—while staying relatively true to canon.  All indications are that there will be some kind of postcredits cameo.  That would be a bad move—it’s Marvel Studios’ thing.  DC should do its own thing.  If it were me, I’d accompany the “regular” Superman with a 15-20 minute mini-movie showing Superman alongside another DC hero like Batman or Wonder Woman.  That would serve to introduce the team concept to viewers and at the same time provide a platform for another solo film.
JEREMIAH HARM MOVIE.  I’ve got the BOOM! Studios comic Jeremiah Harm sitting in a stack by my bed.  I bought it first because of the talent involved in the miniseries: Keith Giffen, Alan Grant and Rafael “American Vampire” Albuquerque, among others; and second because of what it’s about: “Space bounty hunter” and “Keith Giffen” are generally a winning combination.  I guess I’ll have to hurry up and check it out, since Arnold “Die Hard” Rifkin is producing a movie version.  It will be written by Dalan Musson and directed Timo “Iron Sky” Vuorensola.

SUPERIOR.  One of the better Mark Millar products of recent years, Superior, is heading to the big screen, to be produced by Matthew “Kick Ass/X-Men First Class” Vaughn.
GRANT LEAVES ACTION (AND DC) COMICS.  Many say Morrison’s run on Action Comics has been a let down, and they’re not totally wrong if you compare it to All Star Superman—but they are totally wrong if you look at it for what it was supposed to be: A new-reader-friendly introduction to the Superman character, with enough tweaks and updates to modernize him but still keep him recognizable.  Anyway, it’s ending with #17.  Andy Diggle will take over, with artist Tony Daniel.  You may recall that Diggle took over Daredevil after Brubaker’s stellar run, and completely ruined the book so bad it had to reboot with a #1.  As for Tony Daniel, he has his friends and detractors.  I like him on Batman, but I can’t see him being the right man for Superman.
THE NEW 53.  All 53 variant covers of Justice League of America #1—the new JL book—will be sold in a single package for $150.  Yes, this will save you money if you were insane enough to need 53 issues of the same comic only with different covers.  No, it’s not a good reason to support this marketing-over-substance move by DC.
THE AGE OF ULTRON IS FINALLY COMING.  In March. It will be the first Marvel event involving the “Marvel Now!” titles.  Many Marvel Now! titles will tie in, but the tie-in issues will be one-shot specials that don’t affect the regular continuity of the relaunched books.  It will be written by Brian Michael Bendis and illustrated by Bryan Hitch (issues 1-5) and Carlos Pacheco and Brandon Peterson (issues 6-10).  It sounds like it’s going to be some kind of alternate timeline story: Everybody dies when Ultron takes over the world, except that Hawkeye, Moon Knight and Spidey survive and save the planet.  So basically three street-level characters do the cosmic thing.  At least it will be entirely self-contained, so every book won’t be infected.  (While I liked the AvX event, all the tie-in issues did was waste huge chunks of time in the pages of some comic books that, before the event, had been on my pull list.  I dropped them.)  All ten issues will come out during March through June 2013.

ANOTHER REASON TO BUY “HAWKEYE.”  The relatively new solo book for the Marvel archer has received universal critical acclaim as a very different kind of superhero comic.  For issue #7, author Matt Fraction will donate his royalties on the book to hurricane Sandy relief.  So now if you buy the book, you’re also supporting a good cause.
Comic Book News
Tweet Pin It