Indeed. Iron Man’s comic was burning fast, absolutely dying in the flames of mediocrity, so Marvel brought back the big guns–the first creators who had truly made him great: Dave Michelinie and Bob Layton. Joined with pencils by Mark Bright, they were given the thankless task of restoring Iron Man to greatness. Well, they started by wrapping up all the loose ends from the comics that preceded their return. 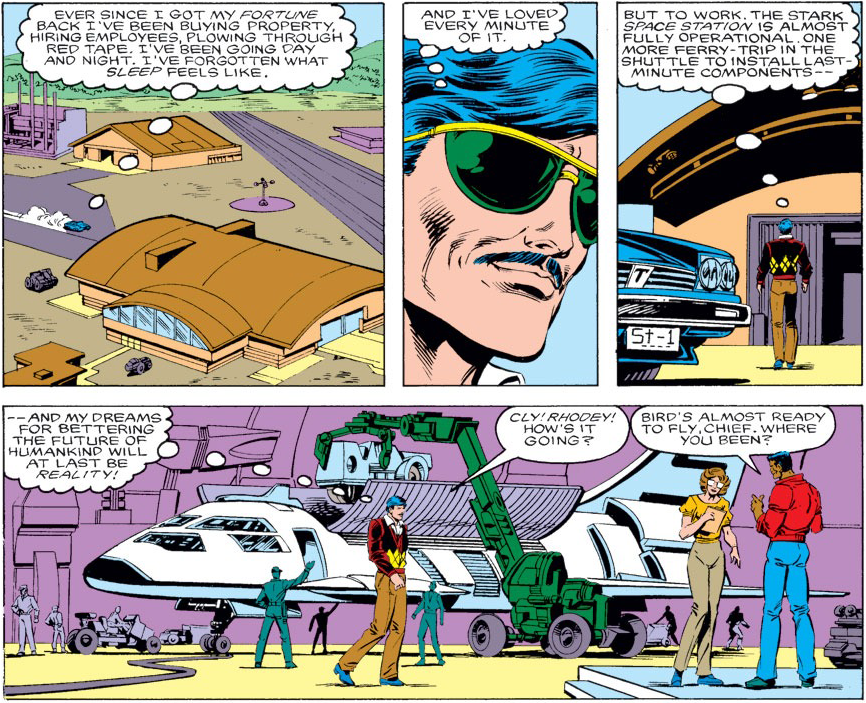 They make sure Tony is a millionaire again, and relaunch Tony Stark’s business as Stark Enterprises.

In the meat of the story, we’ve got two Iron Men now as Tony and Rhodey don the armor and go up in space to defend the Stark space station from AIM (again), after which they free the island of Boca Caliente from AIM’s evil rule. 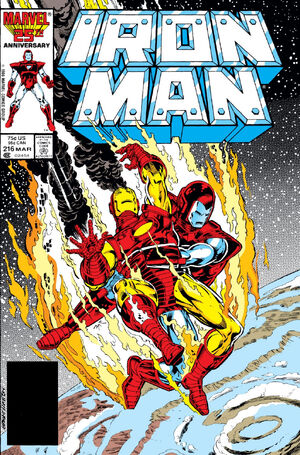 This basically resets the book away from the direction Denny O’Neil had been taking it, allowing Michelinie and Layton to take it where they want it to go.