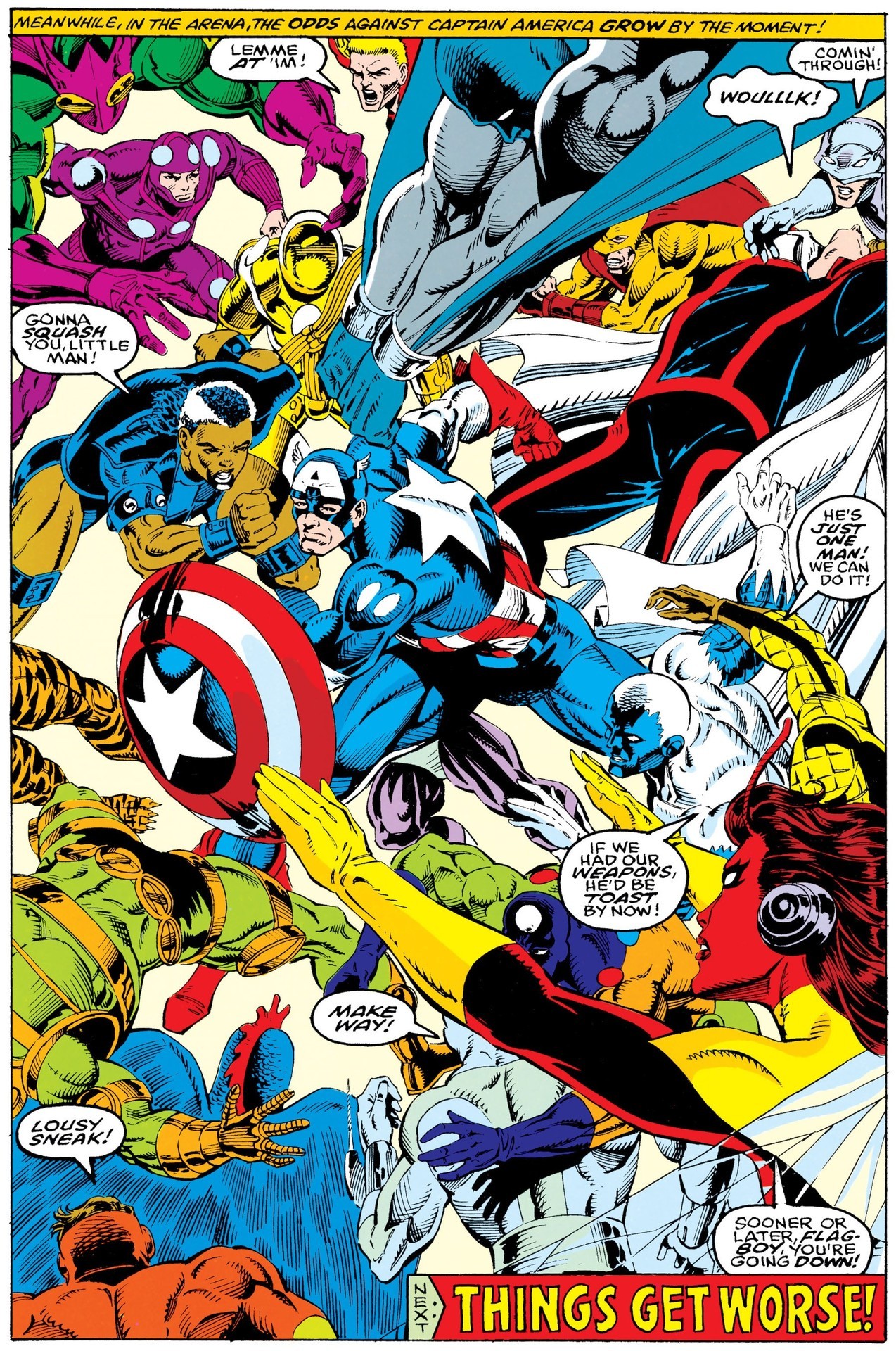 What do you do after you turn a flagship character into a werewolf for an extended arc that goes nowhere and has no consequences?  You kitchen sink it.  You throw everybody in the pool.

Forty or so characters appear in a long, convoluted, and stupid story where, once again, Captain America tracks down old Serpent Squad members while partnering with former Squad member (turned Cap on-again, off-again girlfriend) Diamondback.  Cap and his entourage literally go to an island full of super-villains where they all fight each other arena style. 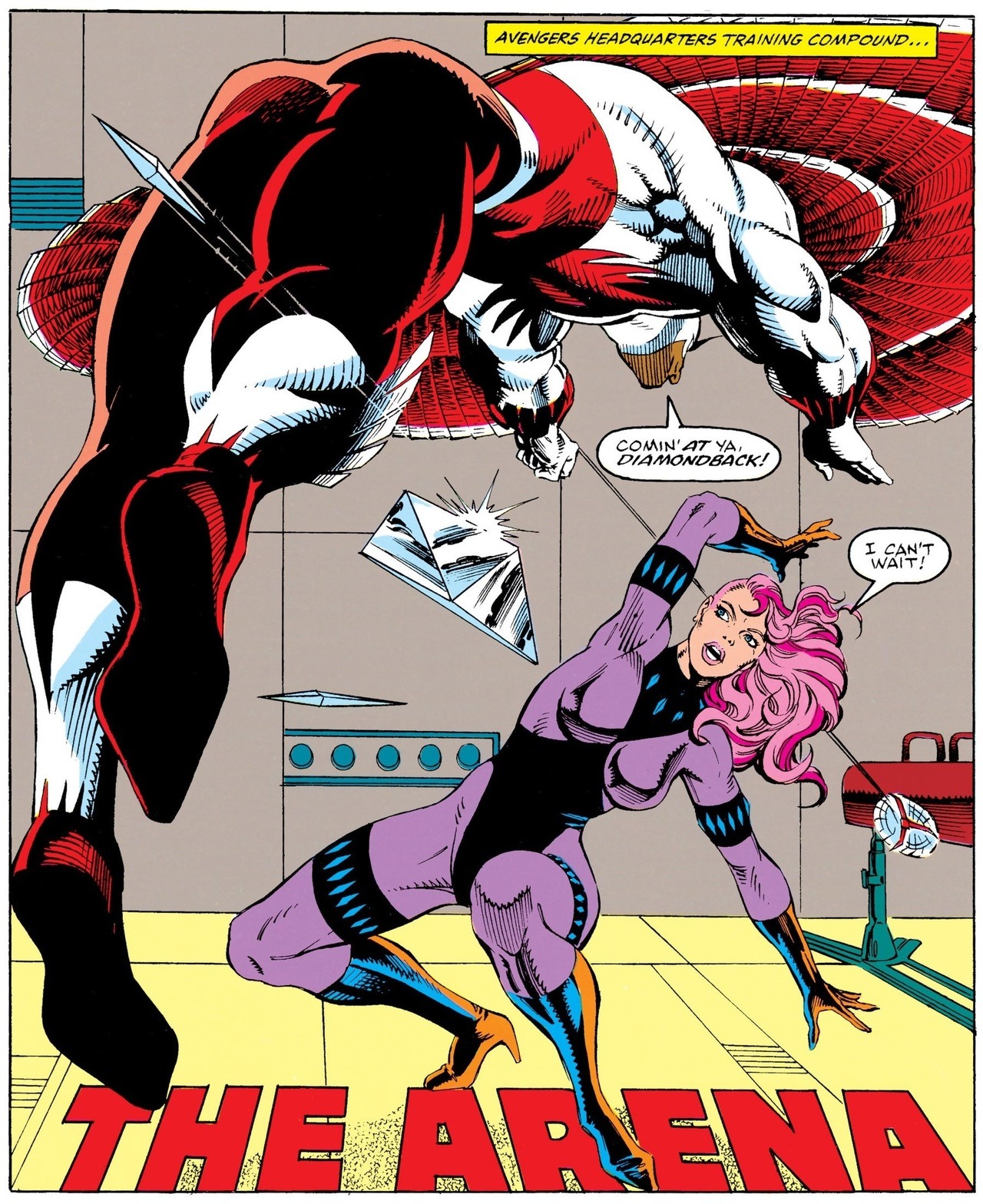 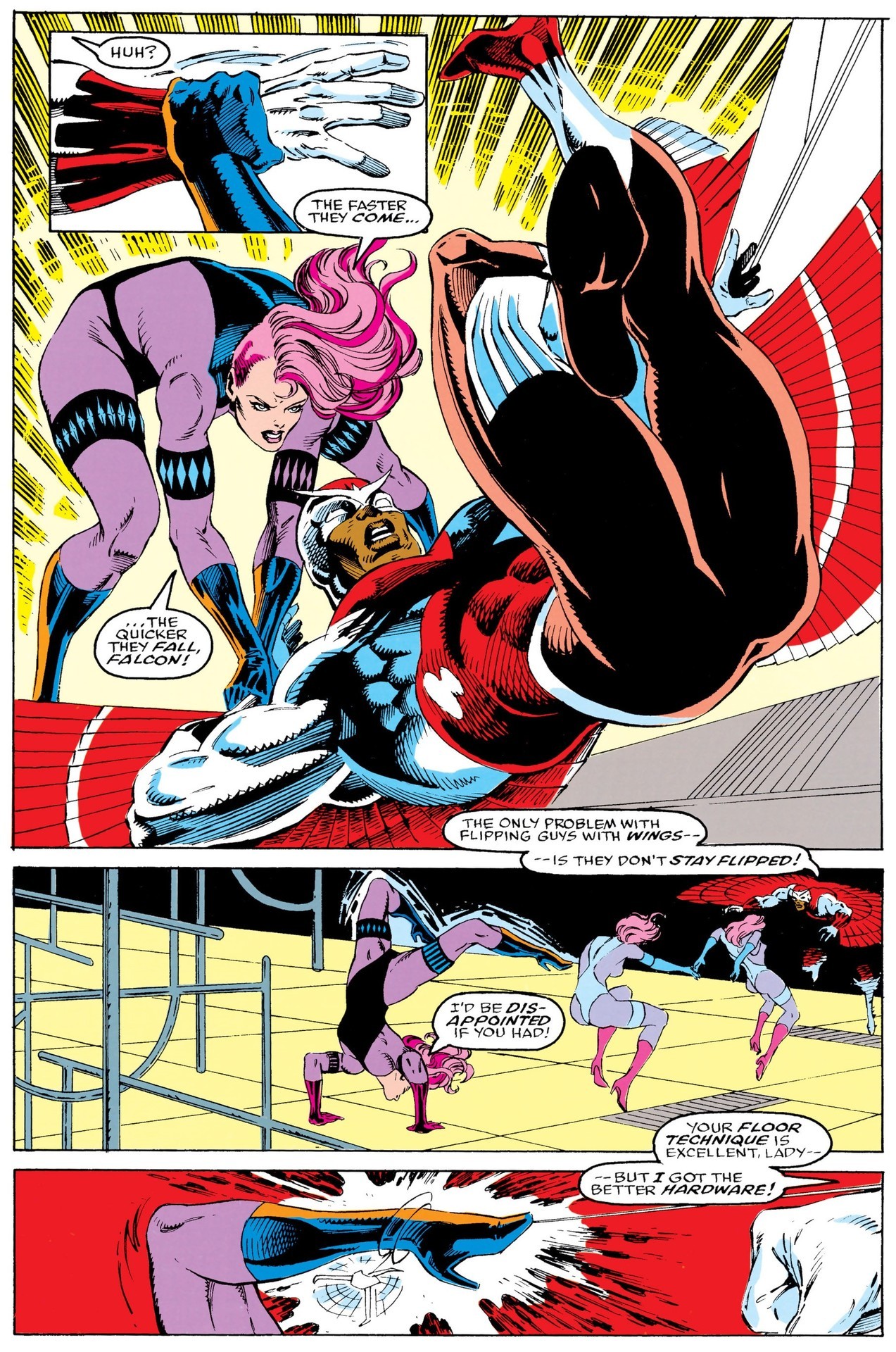 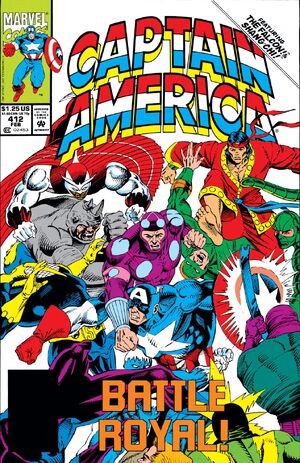 And as you can see from the cover of #412, they don’t even bother to put an “e” on the end of “royal.”  It’s that kind of lack-of-attention that’s apparent throughout this stupid, sloppy story. 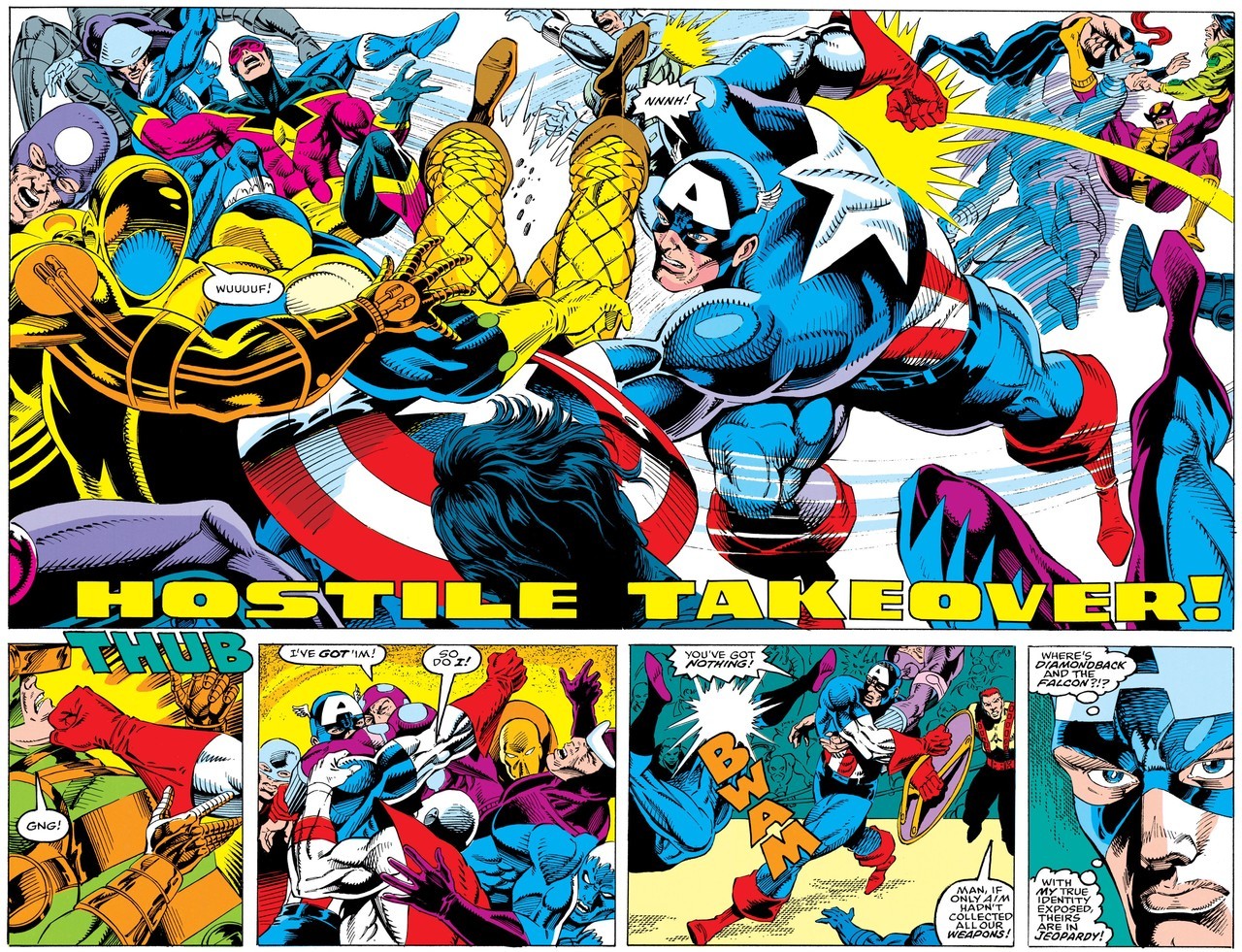 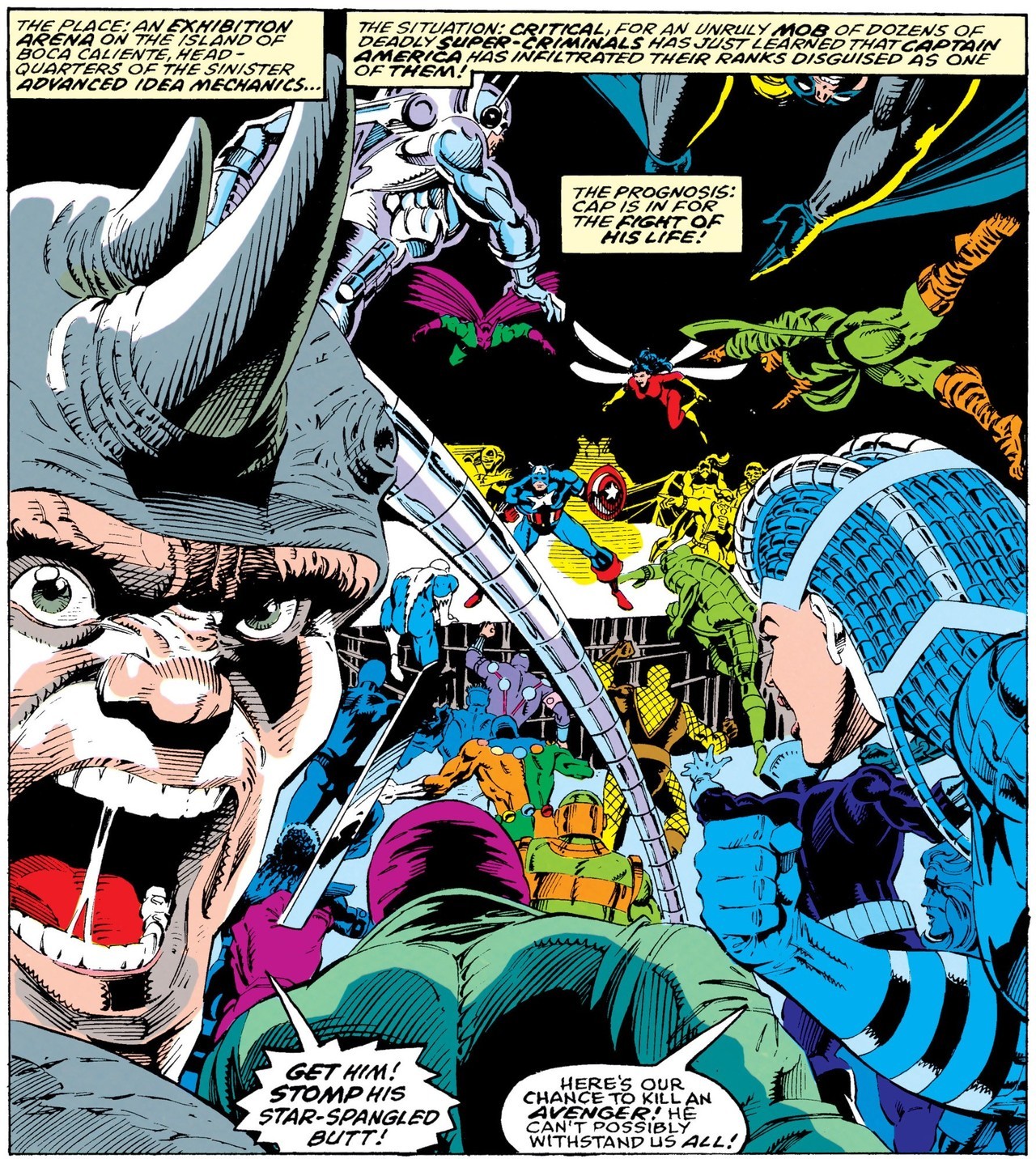 I wish I could say it was at least a good gonzo story, but so many of the characters appear in one or two panels, so there aren’t even fun interactions. 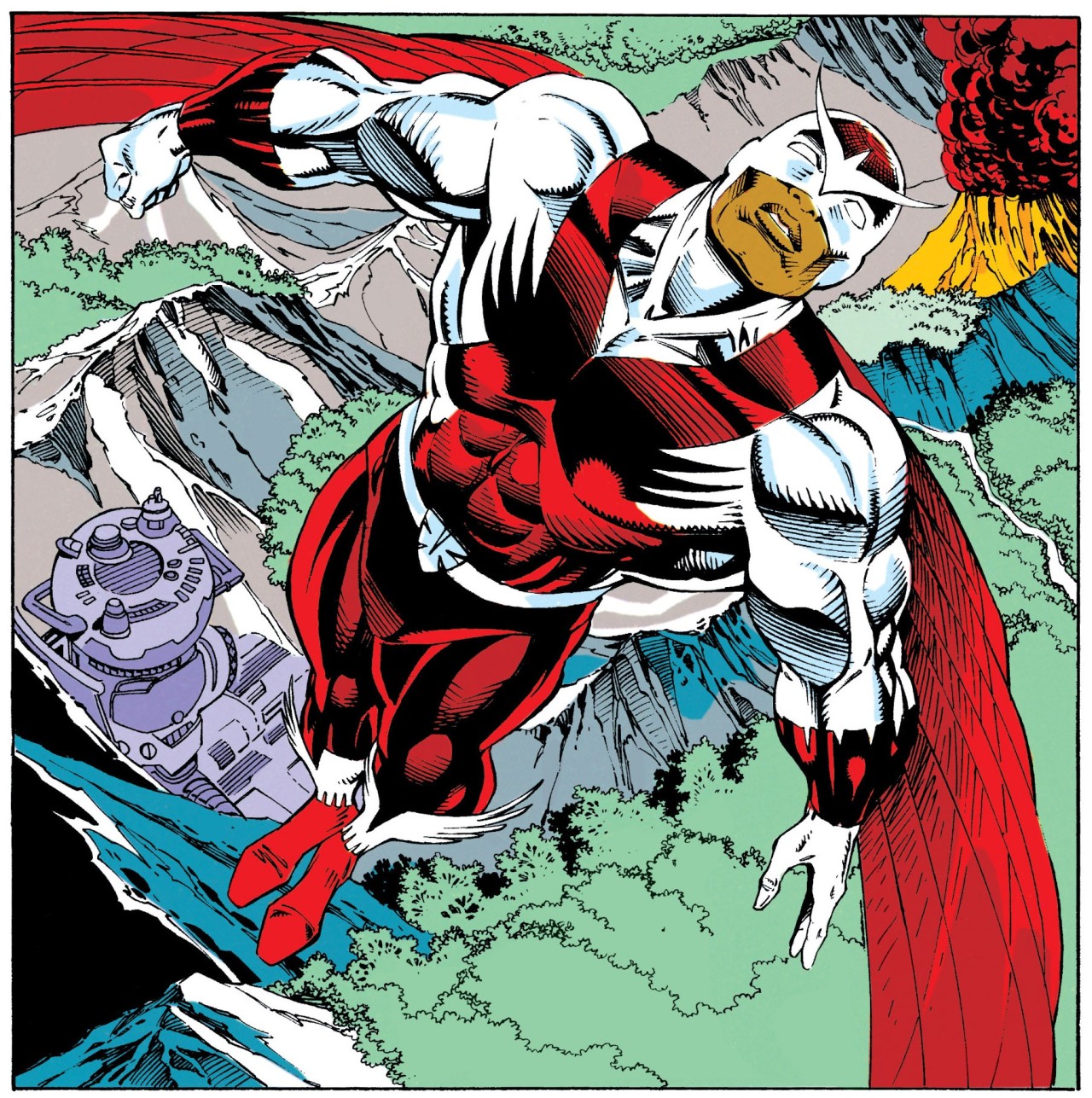 Falcon gets a new costume and… 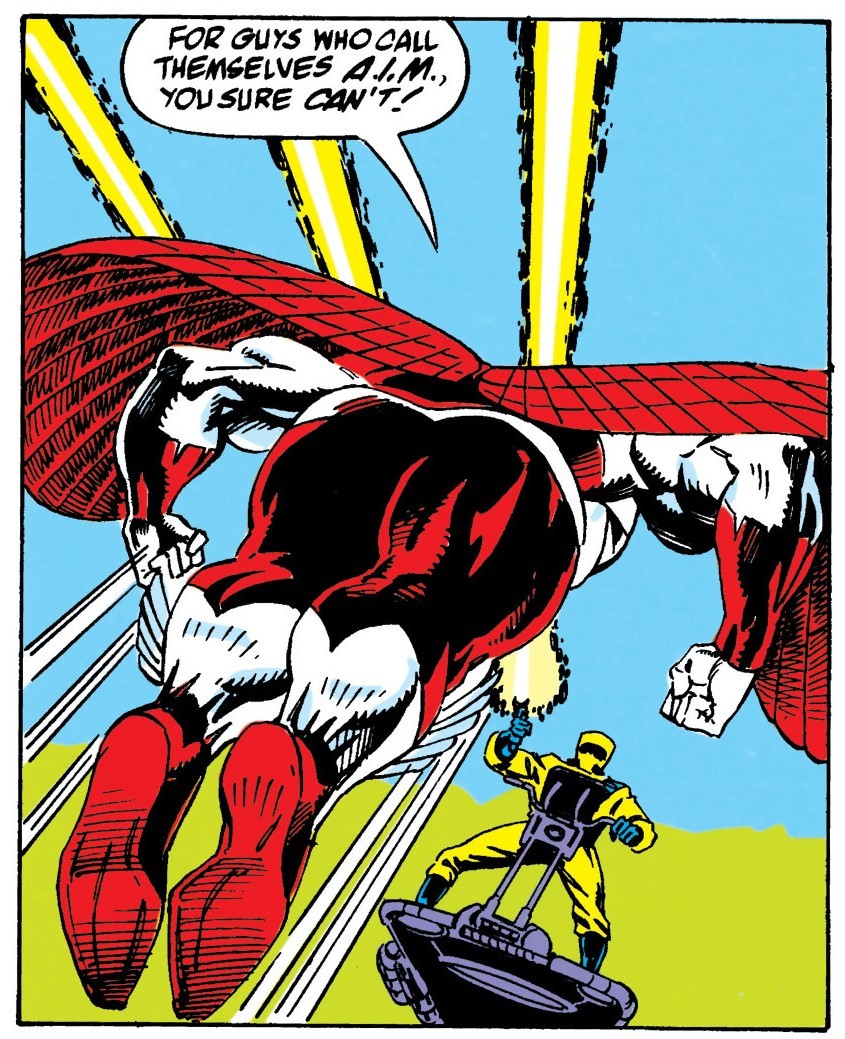 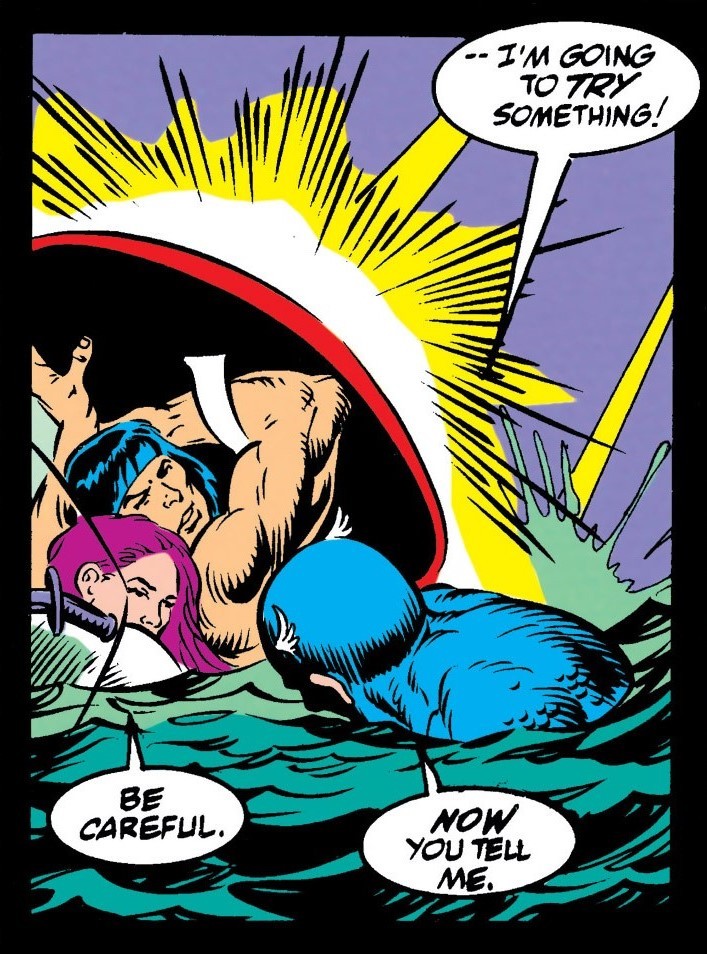 Shang-Chi appears out of nowhere (literally) and just joins in on Cap’s side.  I’m not even sure the two characters have met before. Anyway, after they’re done beating up criminals on the island they head off to Black Panther’s wedding, which is cancelled because Wakanda has no money anymore due to competitive pricing from an exporter of vibranium located in the Savage Land.  Yes, the story jumps from super-criminal island to Wakanda to Savage Land without taking a breath, and while Cap is moving around, his friends are still on the island pounding criminals. 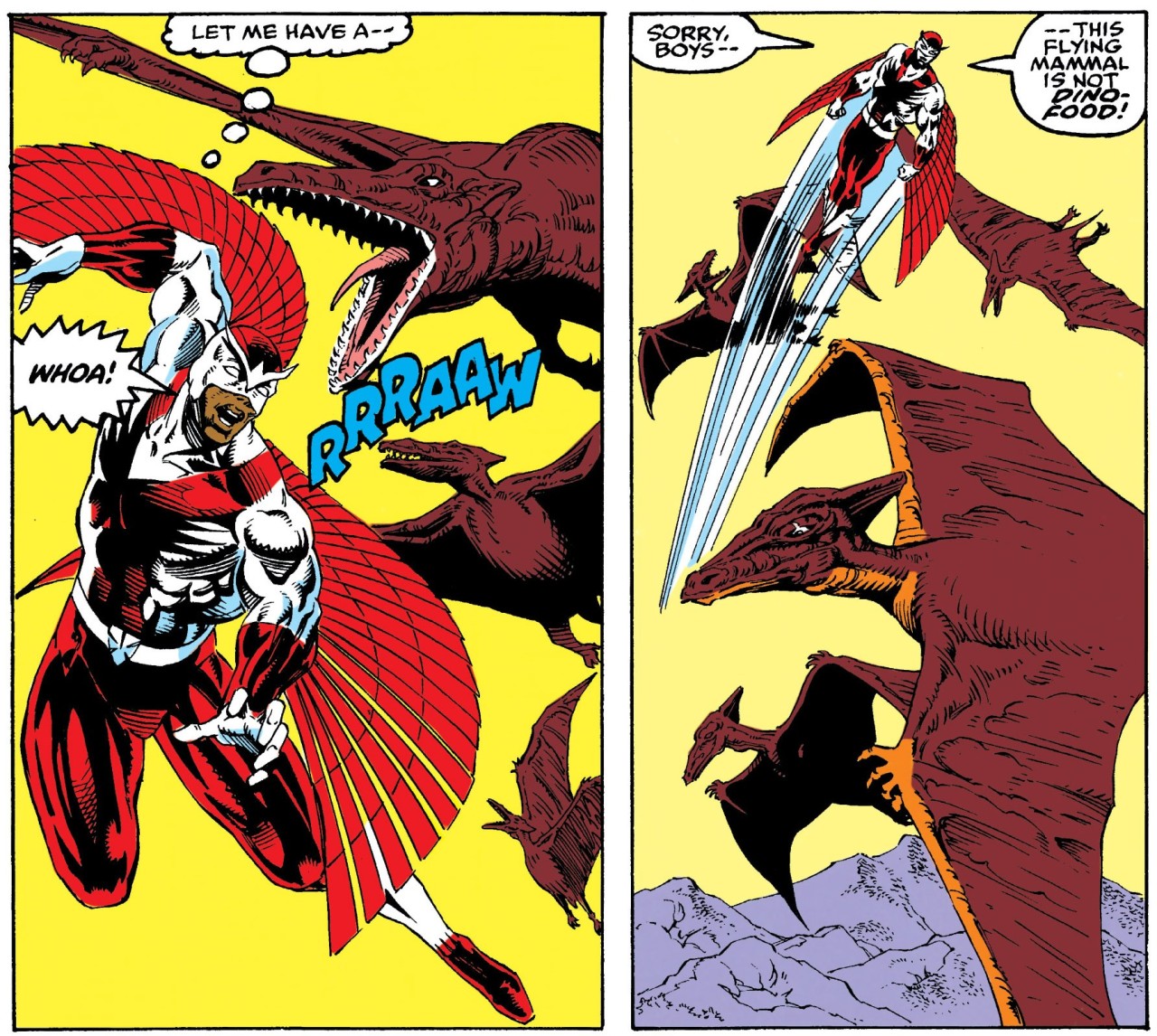 So, Ka-Zar and Black Panther are added to the story.  Because why not?  There’s already over 50 characters appearing in a single arc. 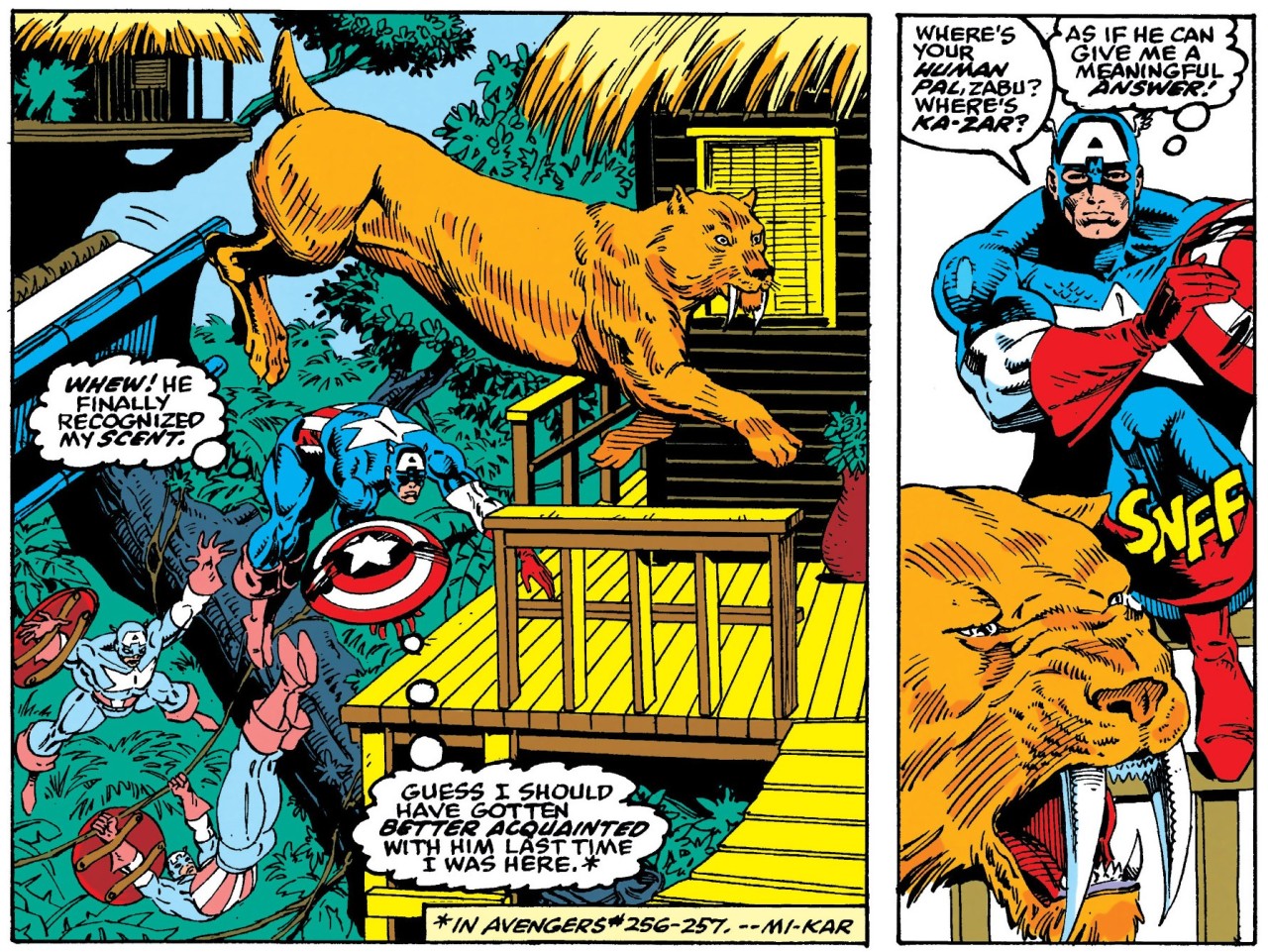 It ends up tying together.  AIM was responsible for both the island and the Savage Land Vibranium mine.  Then, Terminus gets revived. 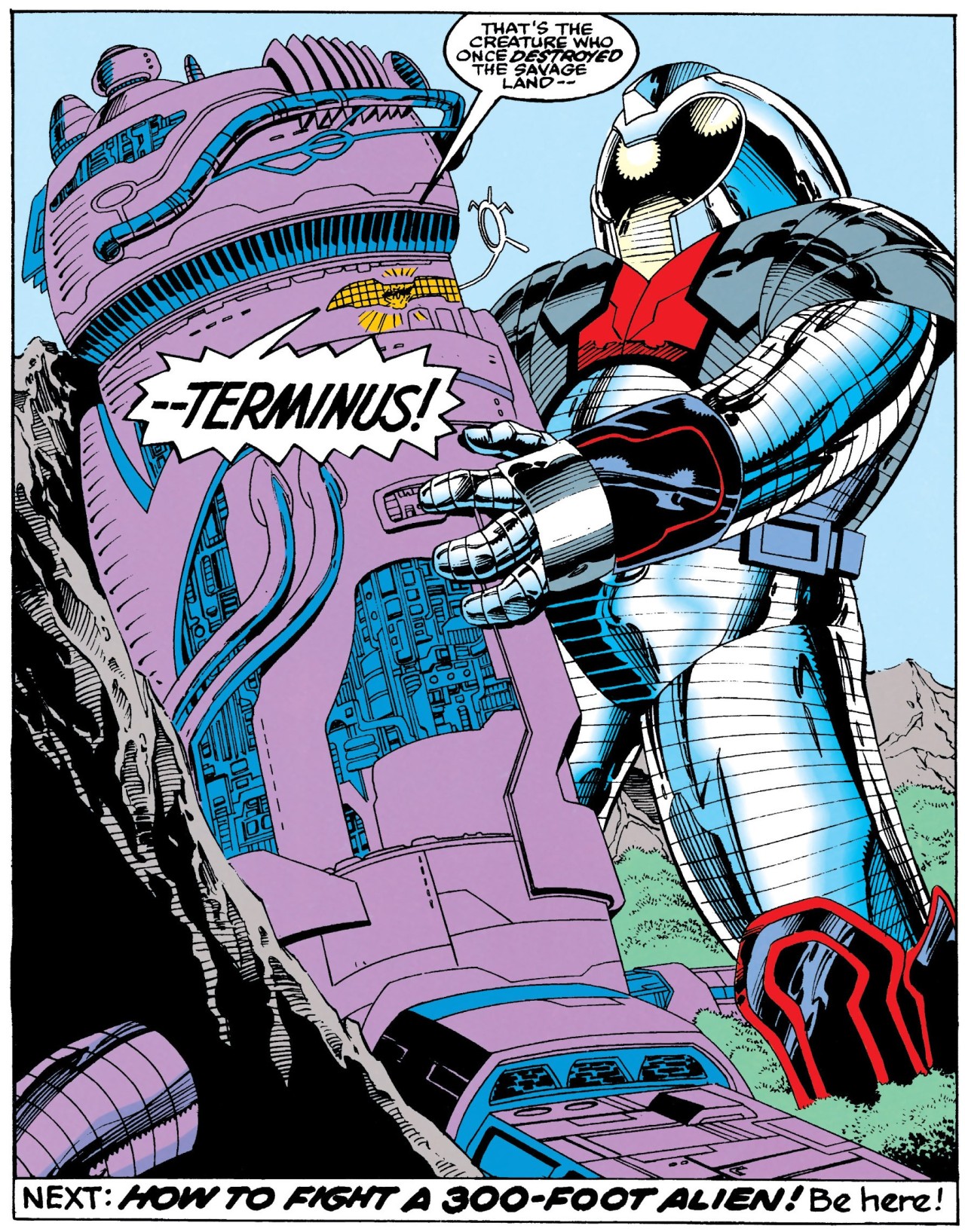 It took the the Fantastic Four and the Avengers multiple issues to beat him in the past, but this time Cap, Falcon and Panther do it easily because it’s not really Terminus.  It’s AIM reanimating his armor.  So who cares?  Not me.

And in other “I don’t care” news, D-Man returns. 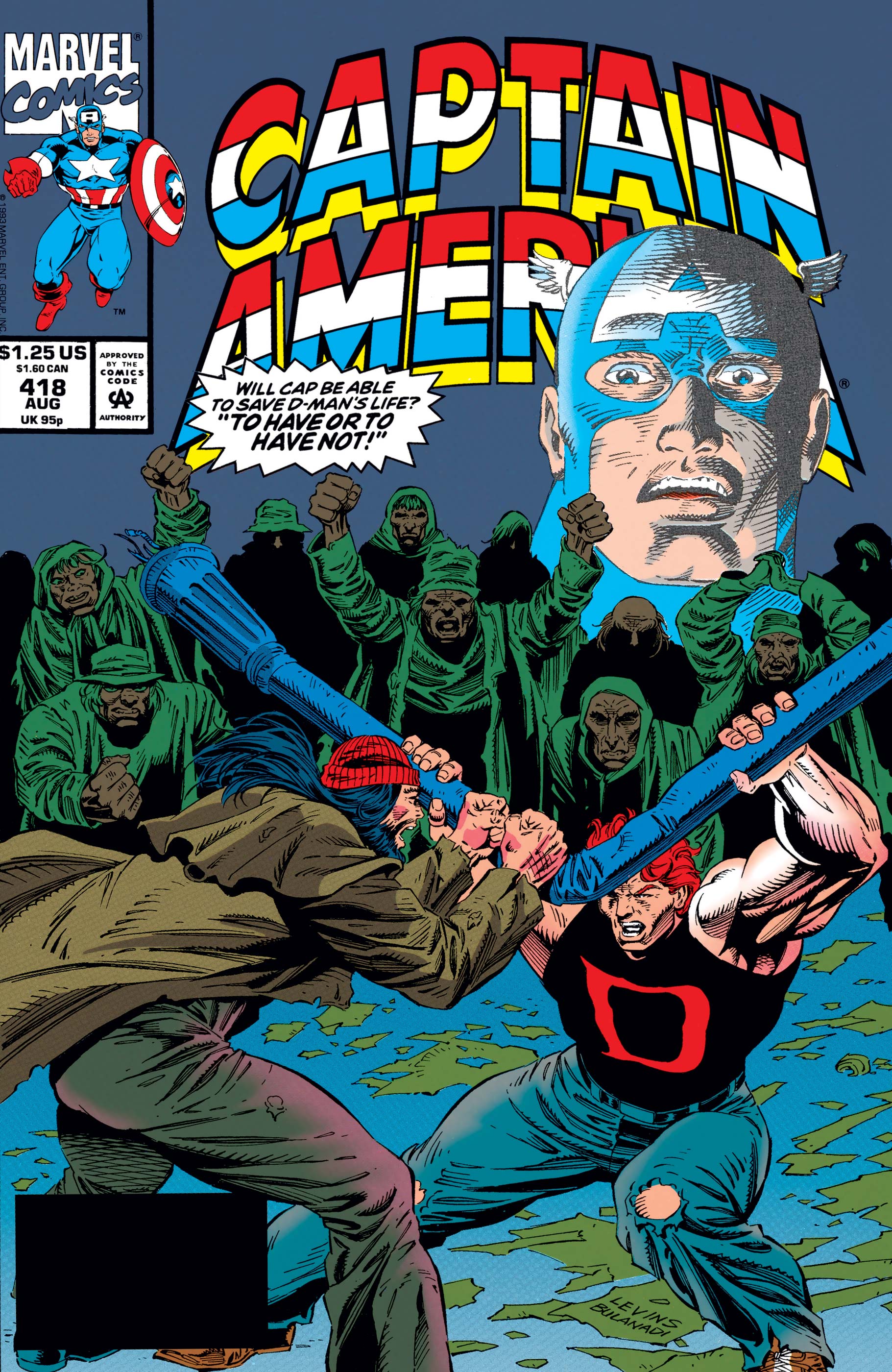 There is just way, way, waaaaay too much jammed into these issues. It’s overkill.