Here begins the run by one of my all-time favorite writers, Steve Englehart.  In his first issue, “Don’t Mess With Black Mariah,” Englehart introduced an enormous black woman as Cage’s foe.  While this would almost certainly produce groans and misgivings in today’s body-safety culture, at the time it was pretty funny. 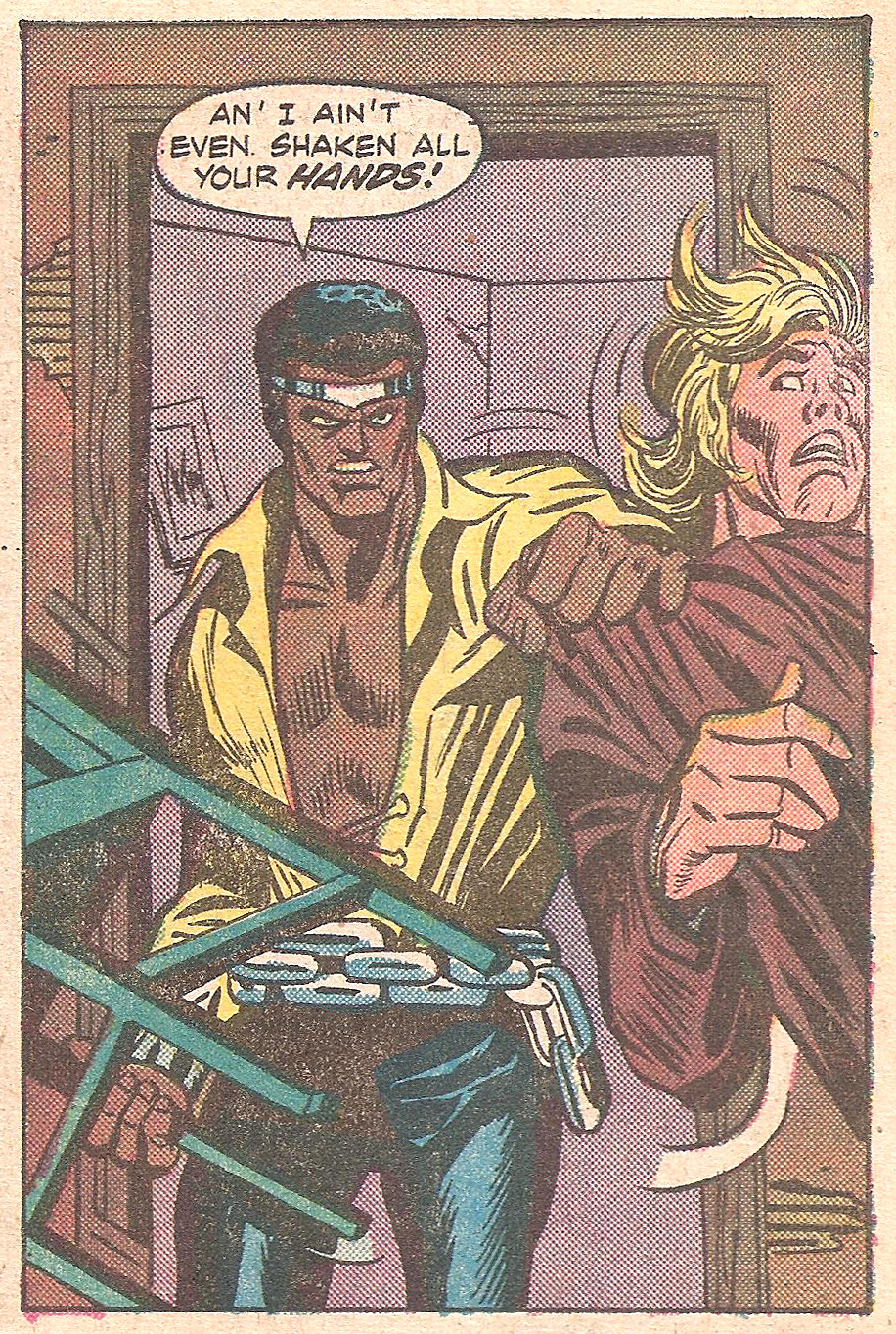 Unlike many of the books he was known for, much of his run on Luke Cage was done-in-one issues featuring fairly similar stories: Threat introduced, Power Man’s shirt ripped off, threat defeated.

Perhaps Englehart was consciously portraying the “black man as a savage animal hero” stereotype, perhaps he was reflecting it, perhaps he was unaware and influenced by it.  But it did become a tradition.

The story followed the rhythm of much of Stan Lee’s writing, and so fit neatly into the “Marvel way.”  It was also 1972, so Englehart was just starting out.  By the late 1970s, he would have won several Eagle Award nominations, created Star-Lord, and had a career-defining run on Detective Comics.