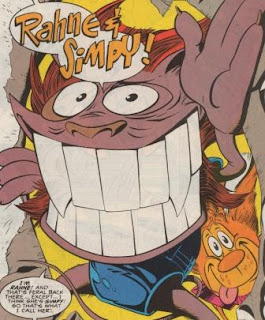 It’s so great that at a time when most Marvel comics are either bland or bad, we have Peter David setting the stage for the early 2000s, character-based, genre-busting revolutions that would happen when Marvel finally emerges from bankruptcy and decides to actually care about the art of comic books again.

This is a character-based issue that shows Doctor Samson having psychiatric sessions with the teamembers.

A LOT is revealed.  Wolfsbane says she has feelings for Havok.  Quicksilver, who Peter David writes better than anyone else (David is truly responsible for developing and perfecting the character), talks about how lonely it is to be the fasted mover-and-thinker on the planet. It explains his arrogance and hot temper, and makes him (almost) sympathetic even when he’s a jerk.

We also see Polaris feeling insecure about her appearance and a little threatened by Rahne’s crush on her boyfriend Havok, which makes her change into a new, sexier costume. 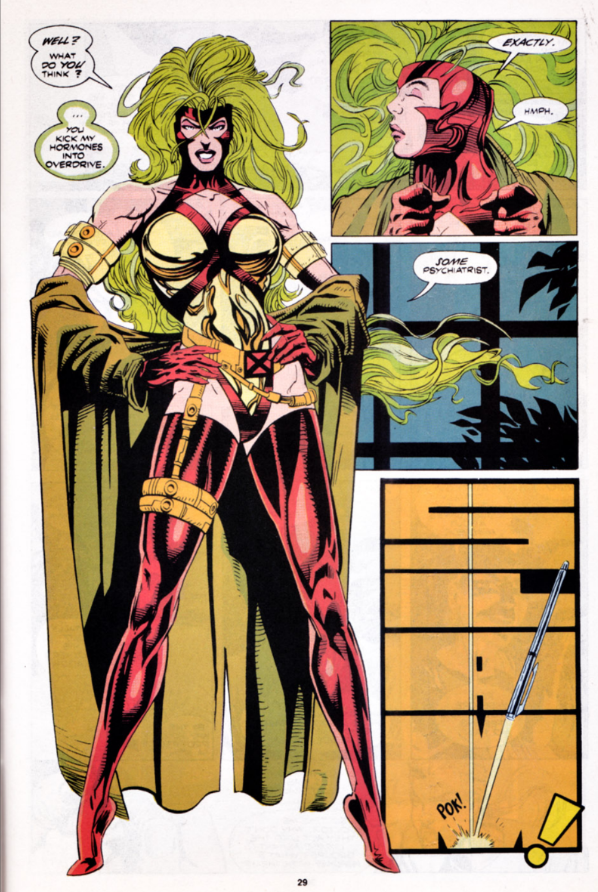 At least this explains one of these godawful 1990s costume changes!

Strong Guy gives us some of his background/origin, which is nice because he was kind of introduced years ago as a throw-away character and we don’t know much about him.  Madrox reveals a fear of being alone (perfect for a guy who dupes himself). 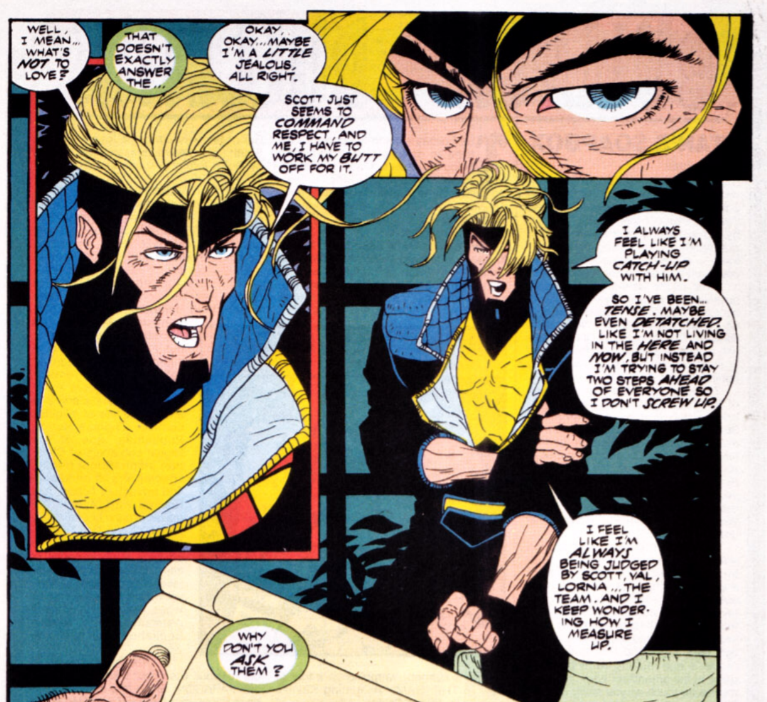 Havok is insecure, just his gal-pal Polaris, only the basis for his insecurity is that his brother is Cyclops, the super X-Man.

Psychiatric sessions are not new for Peter David, he used them in Hulk, but he consistently creates dramatic page-turning comics even when the characters are doing nothing but talking. 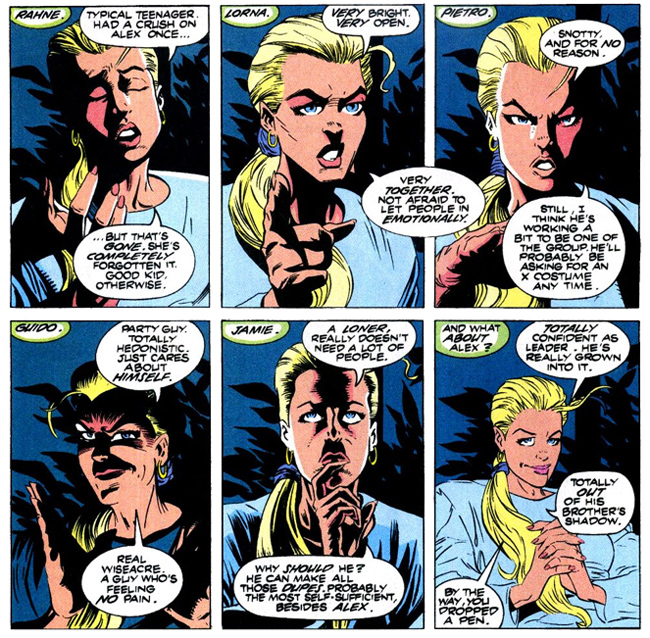 Brilliant. Absolutely brilliant.  One of the best single issues of the 1990s or, frankly, ever.