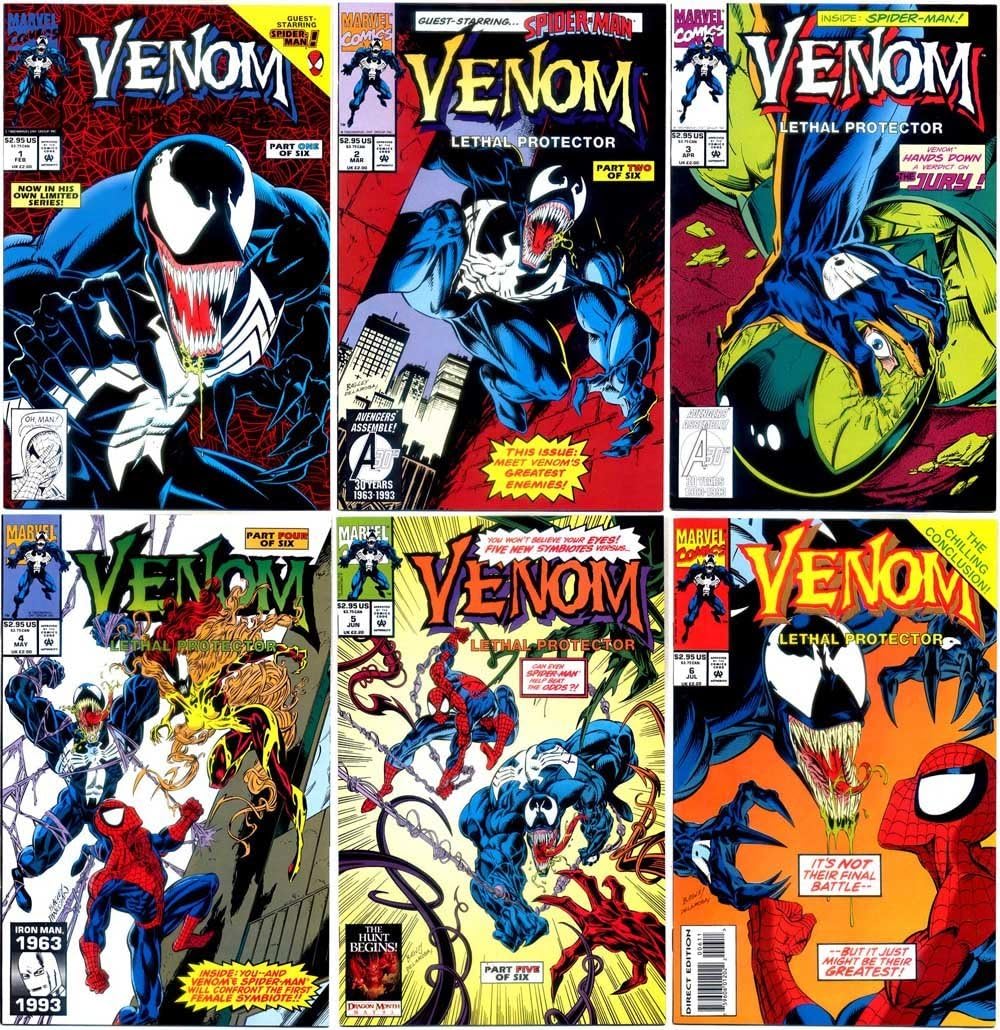 And so it begins.  For some reason, Marvel didn’t want to give Venom his own series in 1993, so instead they give him an endless string of miniseries.  Seems ahead of its time, given that now Marvel tries to reset to #1 with its ongoing books as often as twice a year.  The final panel even says the next #1 arrives in 30 days. 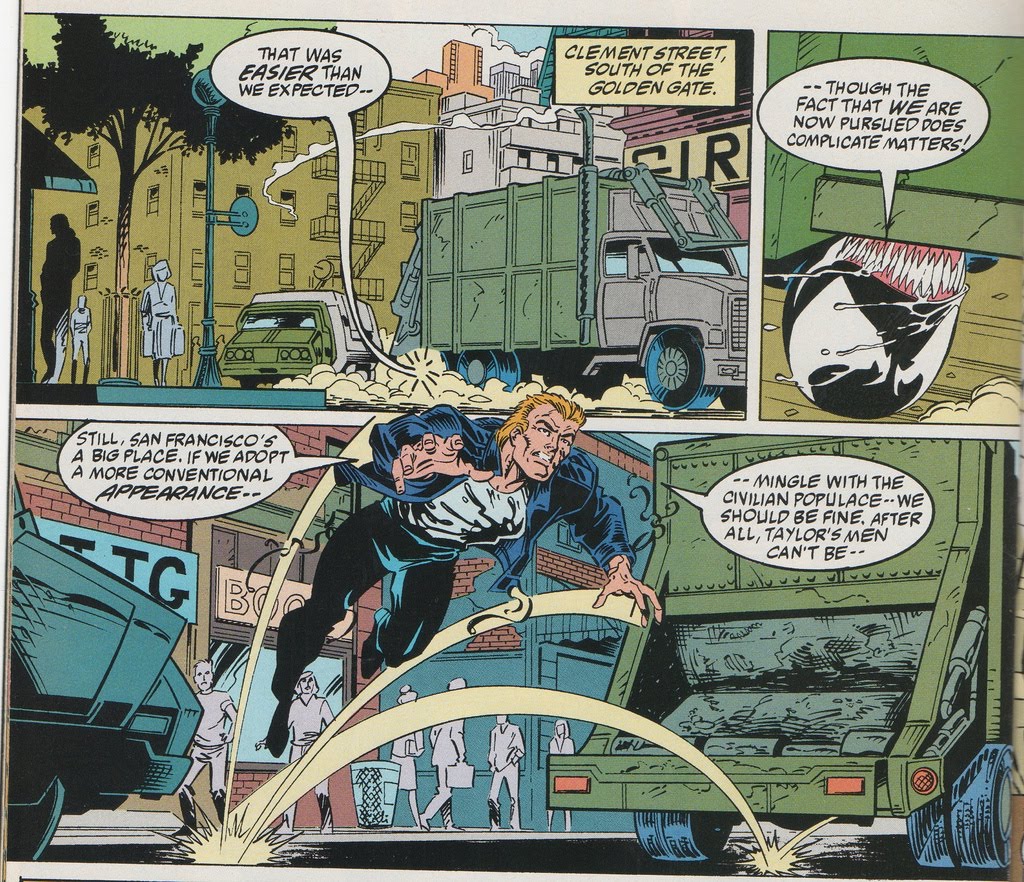 The purpose of this series is to “rebrand” Venom as an antihero/superhero and start to create a new symbiote universe.  A host of new symbiotes are introduced, largely named by their colors, as is a group of supercops in adapted Guardsmen armor called The Jury.  None of this matters much in the long run, so I’m not tagging a lot of it.

In sum, Eddie Brock moves to San Francisco, Spider-Man hunts him down, so does the Jury, we learn The Jury actually want to kill Spider-Man, Venom and Spidey fight-then-team-up, The Jury create a few other symbiotes… 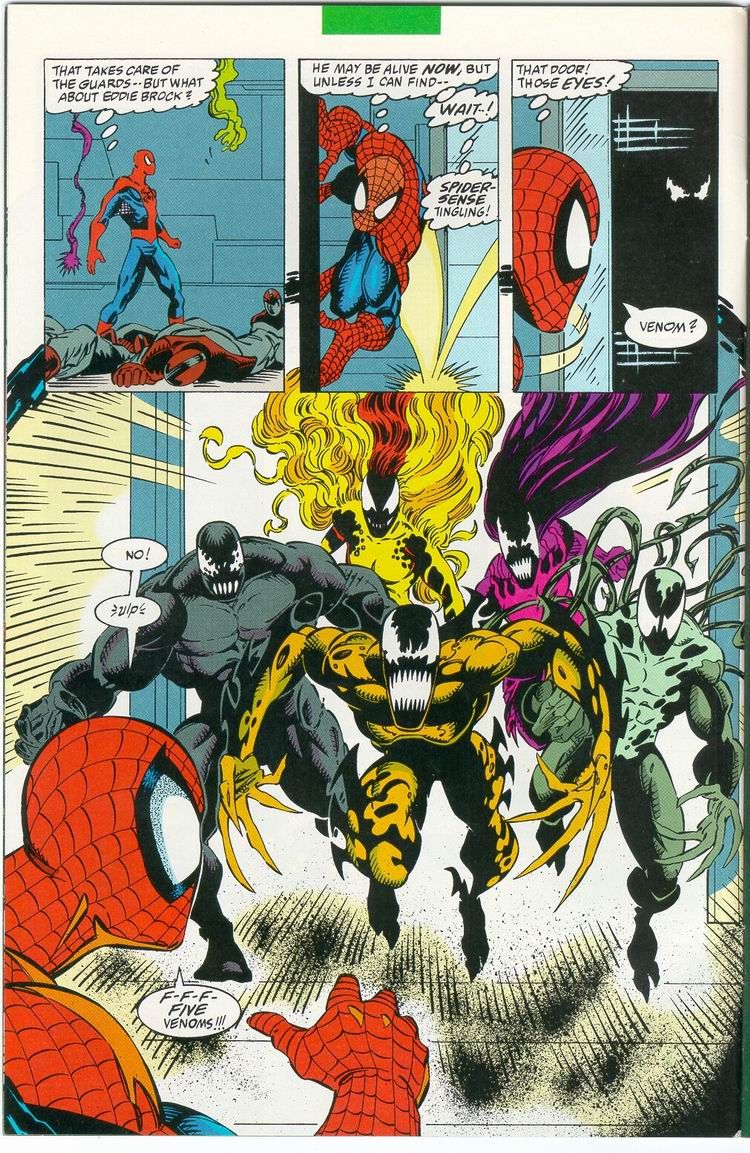 …Venom protects some homeless people, and it ends with him in a heroic role.

As a lethal protector.

You know who else is a lethal protector?  Punisher.  And he’ll be the focus of Venom’s next mini.

David Michelinie Spider-Man, Eddie Brock (Venom), Guardsman and Guardsmen, Marvel 1993, Spider-Man appearing outside his own comics, Symbiotes that are not Venom or Carnage, Venom (alien symbiote)
Tweet Pin It