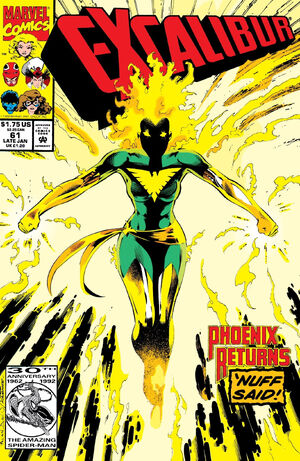 Look!  Phoenix is back! 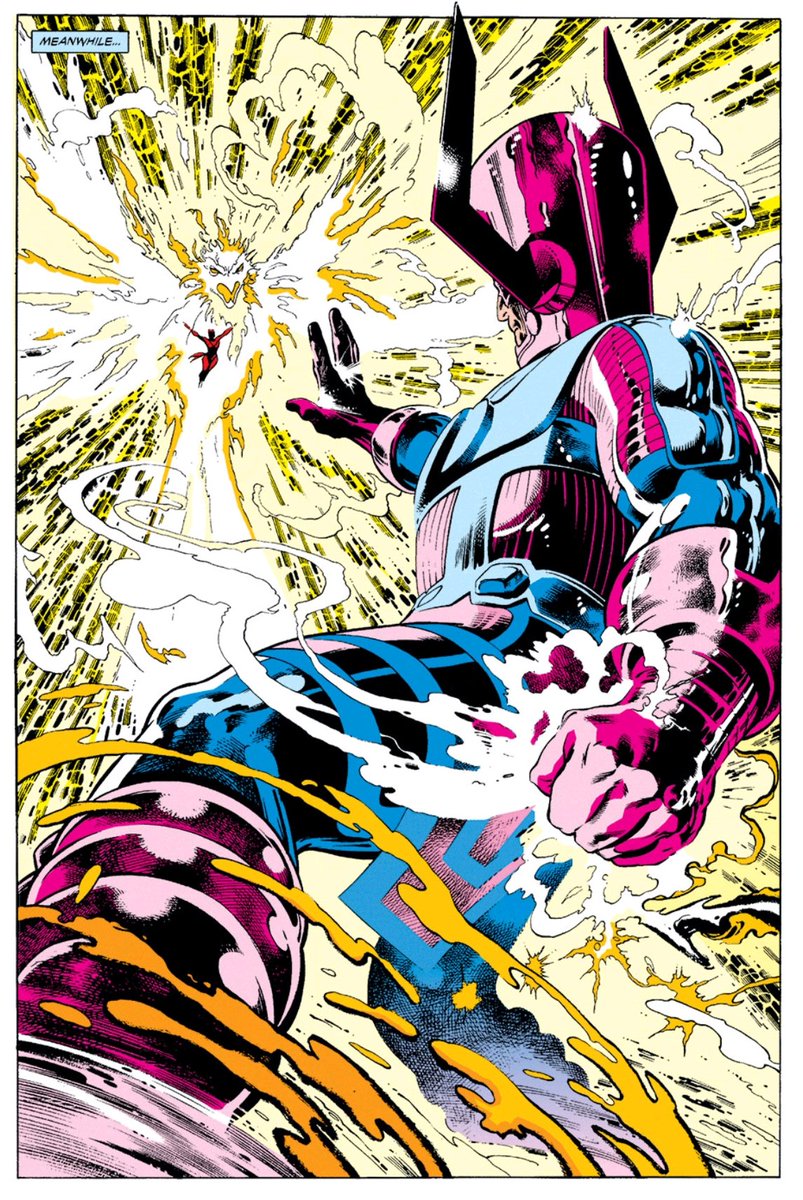 The Phoenix Force has taken over Rachel Summers, and is flying her through space where she destroys Galactus’ planet eating machine. 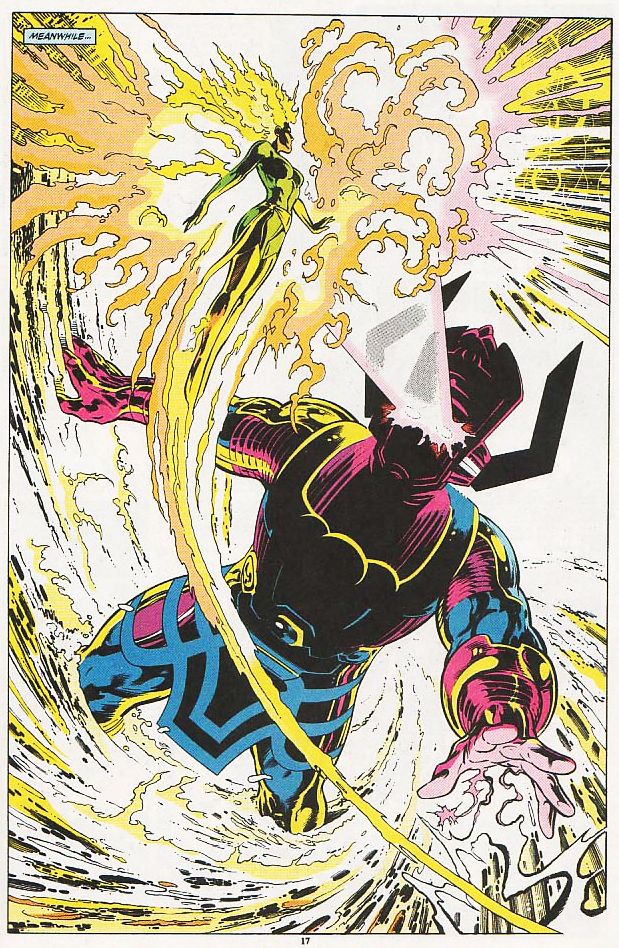 Alan Davis’ art is (no pun intended) stellar, so this extended cosmic battle is a good read.

Frankly, it’s the most interesting this book has been in years.

We learn details about the Phoenix Force: If it dies, the universe dies, but when it lives in a host body, it prevents new life from coming into being.  Or something like that.  So the Force has to abandon Rachel in order to stop preventing new life from arising.  And thus, after some conversations with Death, Rachel is returned to Earth, de-powered from the Phoenix Force. 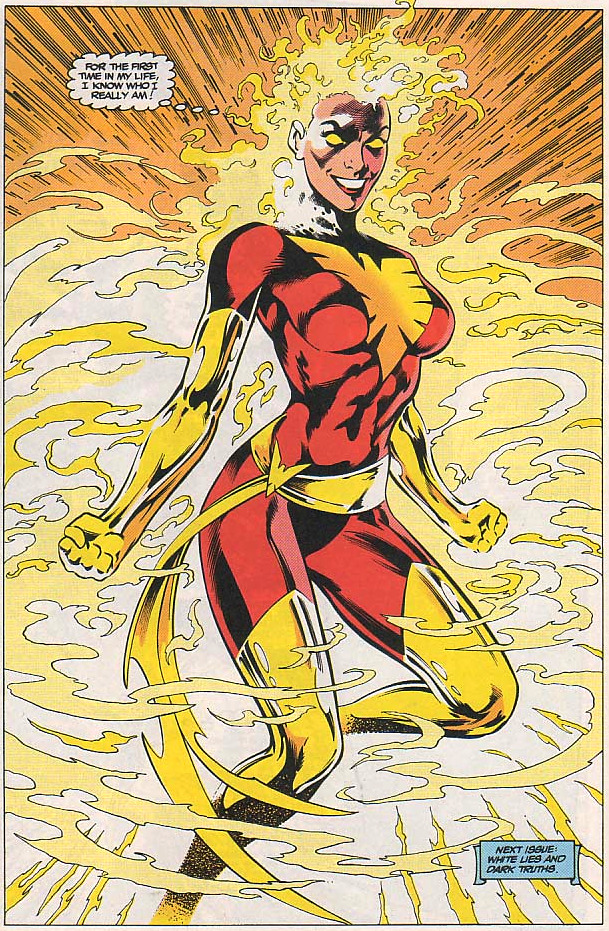 Actually, she still has a little bit of it.  And she changes her costume to red. 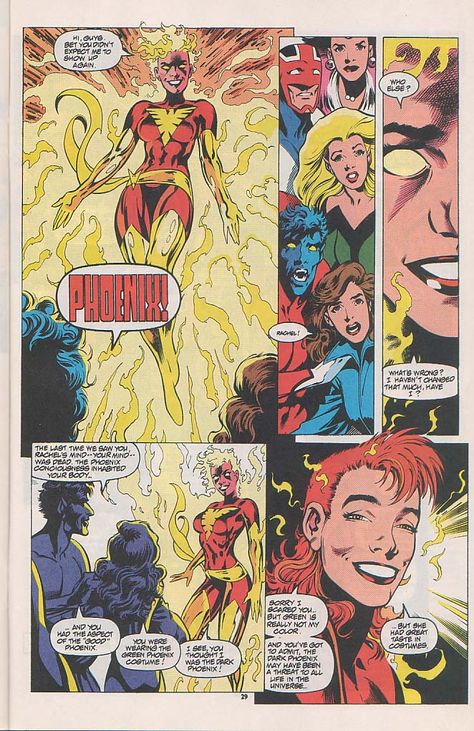 For the cliffhanger, she says she’s going to back to the future, to her own time.

Meanwhile, the rest of the team have a bunch of antics on Earth that aren’t as interesting.  It’s typical silliness for this book, well-drawn by Davis, but forgettable.