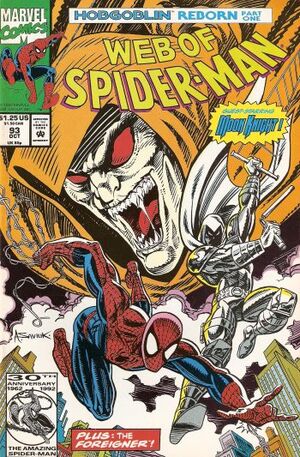 This is basically a long, red-hot mess.  It starts with Spider-Man finally capturing Jason Macendale, the human version of Hobgoblin who was recently separated from the demon Hobgoblin who now appears to be called Demogoblin.  Moon Knight guest stars.

So there are two Hobgoblins now.  One is a demon who is sometimes called Demogoblin and the other is the human who wore the Hobgoblin costume.  Actually, thanks to Infinity War, there’s also a Doppleganger Hobgoblin.  And lurking in the shadows—and emerging—is Venom. 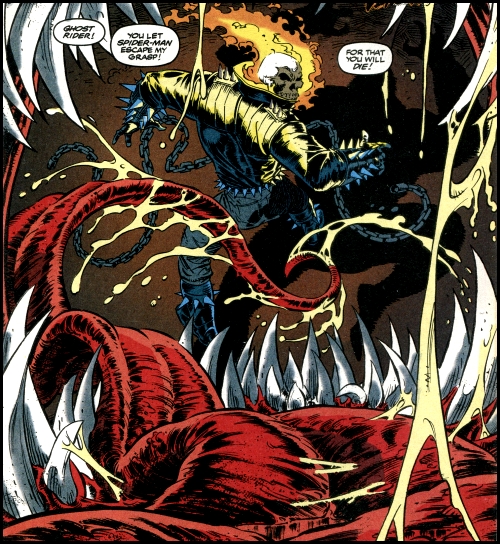 And add in Ghost Rider, Johnny Blaze, and the supporting characters from the Ghost Rider universe, and mix well with tons and tons of fights. 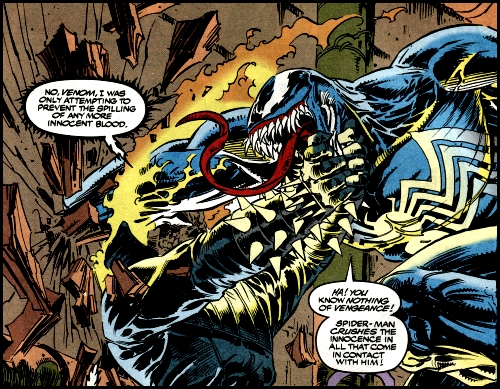 The fighting just never stops over about a half-dozen issues.

We end with Venom back in prison at the Vault (so no real net gain/loss for the Venom character here), Demon Hobgoblin also is taken to the Vault, and Ghost Rider’s demon enemy, Deathwatch, not being dead but being captured and given to Dr. Strange for appropriate imprisonment.

Maybe the most interesting aspect of this story is that GR:SoV doesn’t have a title for its letters page. OK, enough of this.