Roy Thomas writes one issue of the FF and it’s…Very weird.  For two reasons.

First, Black Panther changes his name to Black Leopard because the term “black panther” in the U.S. “has political connotations.  I neither condemn nor condone those who have taken up the name, but T’Challa is a law unto himself.”

Ben and Johnny go to Wakanda at Black Panther’s request, and they fly commercial.

On the way there, terrorists try to hijack the plane and blow it up with a grenade.

It has nothing to do with the rest of the story, which is about how Klaw is being a dick and Black “Leopard” needs the duo’s help to solve the problem. 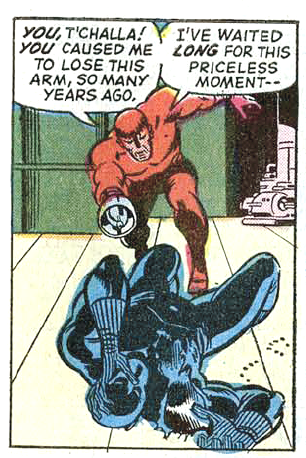 He’s influenced a new Wakandan government, jailed T’Challa, and created a segregated Wakandan society…Which makes it hard for Thing to get a cab. 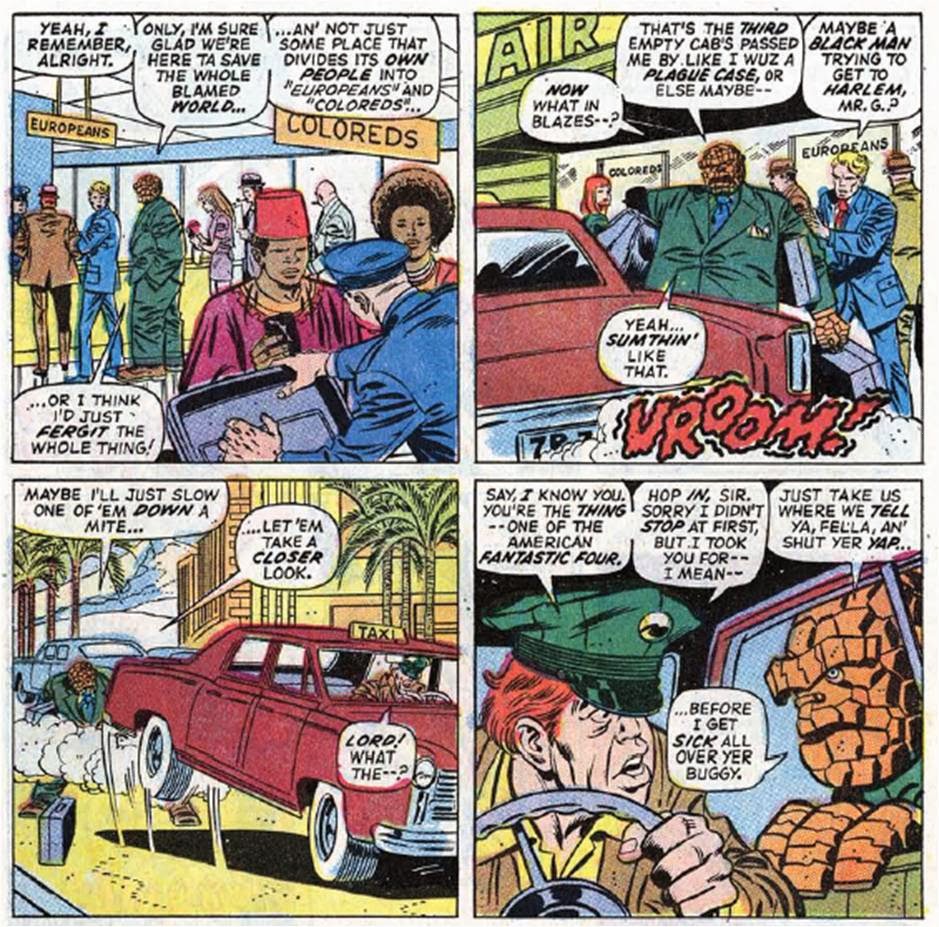 To solve the problem, they beat Klaw up. 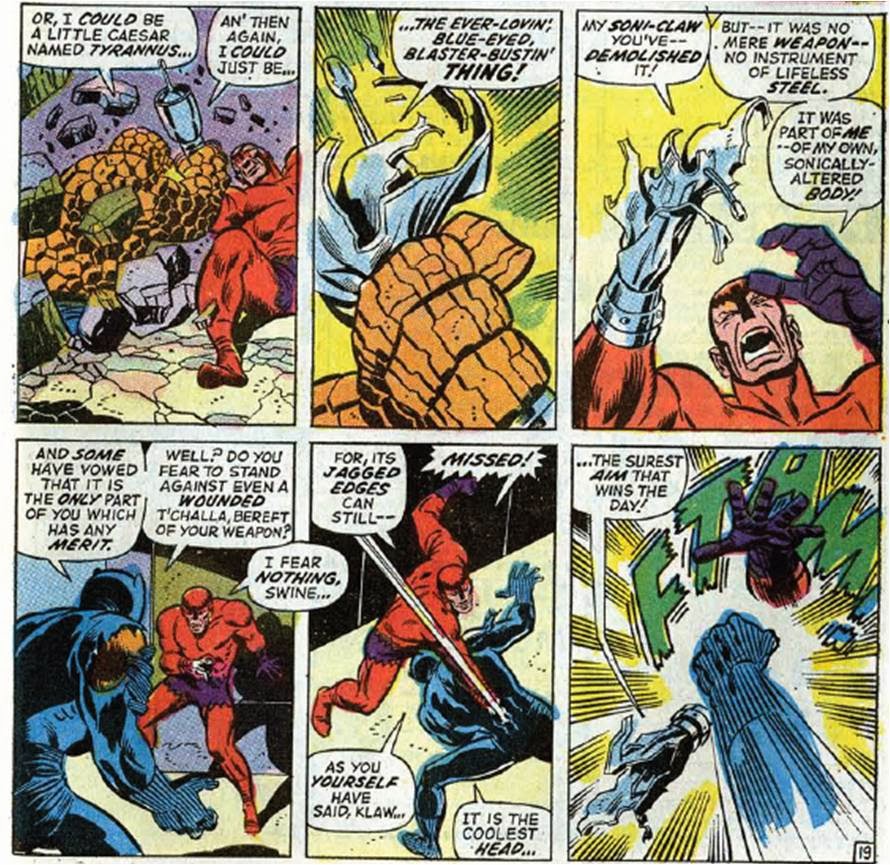 Auntie is so much lamer than H.E.R.B.I.E.