Nobody holds Aunt May hostage.

Back in issue #110, senior citizen and boarder at Aunt May’s house Ernie Popchick defended himself by shooting a thug in the street, and now members of his gang come and take over May’s house.  It’s a cute issue, but not Peter David’s best work.

Also, Black Cat is still out there doing stuff.  She’s stealing from the rich and giving to poor orphans–literally.  It’s causing a little friction between Peter and Mary Jane. 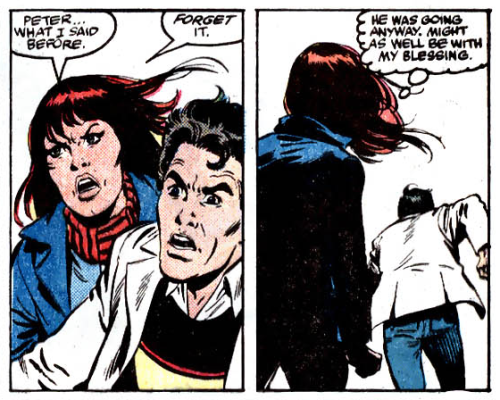