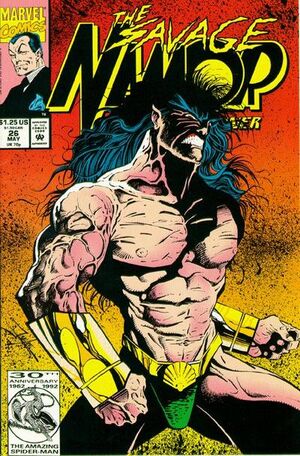 In the last arc, we saw that Iron Fist wasn’t really dead through a convoluted, Byrnesque explanation.  This arc firmly brings Fist back, and also phases Byrne off the Namor title.  We do get to see some nice early Jae Lee work as a consolation prize. 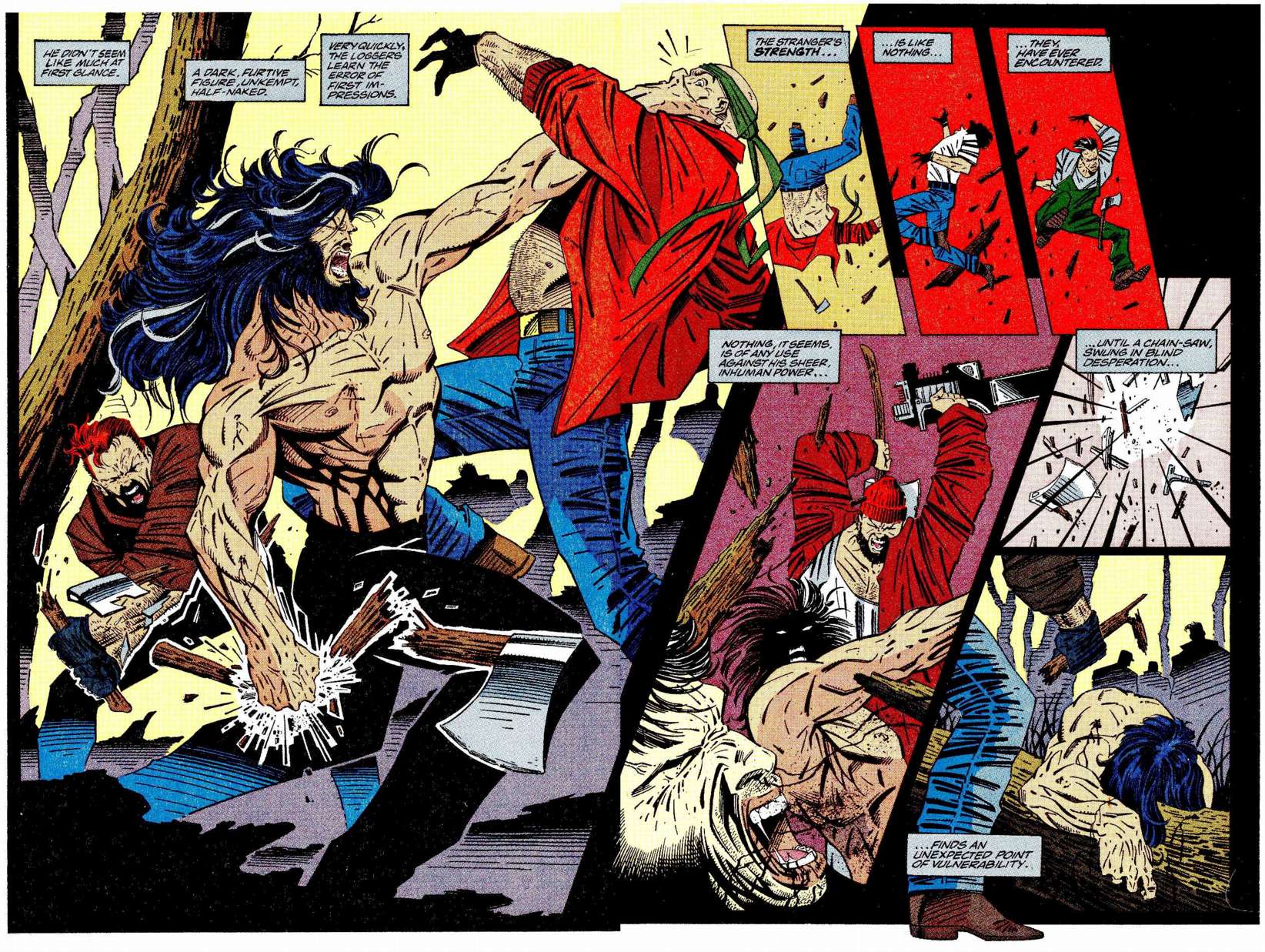 At the beginning of the tale, Namor is “missing” (on his last adventure), and a bunch of his associates wonder where he is.  Meanwhile, Namor is under a spell from Master Kahn, and gets beaten up by some loggers who think he’s interfering with their work.  It’s a very Wolverine-like moment.  It’s derivative and feels wrong, but it doesn’t last long–Namorita tracks him down.  But he fights her and flees. 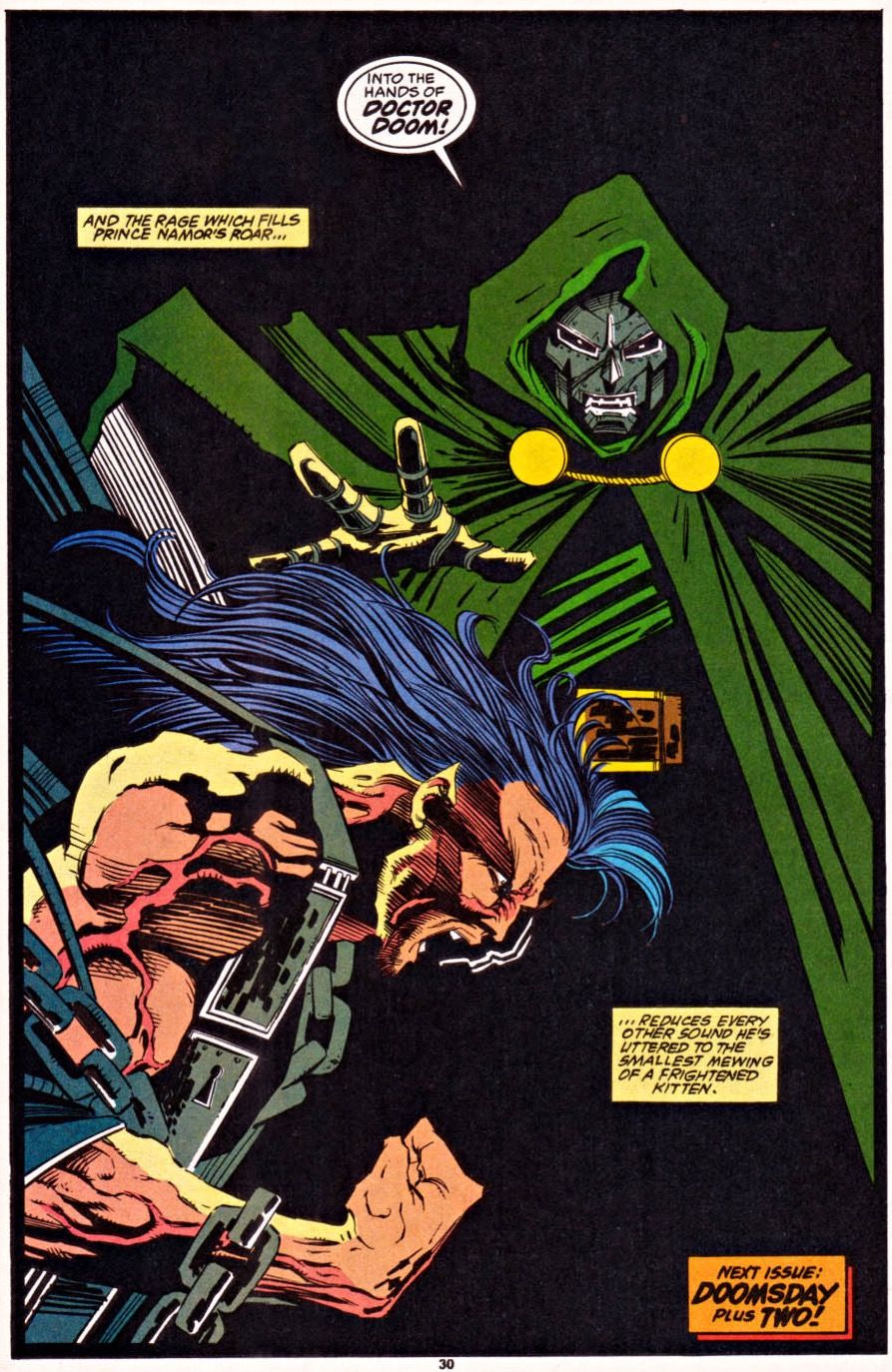 Eventually, he ends up in the ocean.  An Atlantean female finds him.  And Dr. Doom finds both of them.

This wandering is a parallel for the comic at this point: Where is this going?  I do appreciate the irony here.  Way back when he first became part of the Marvel Universe, he had amnesia, wore a beard, and was found by Human Torch.  Now, the same things are true, but Doom finds him.  And they fight.  And Namor remembers who he is. 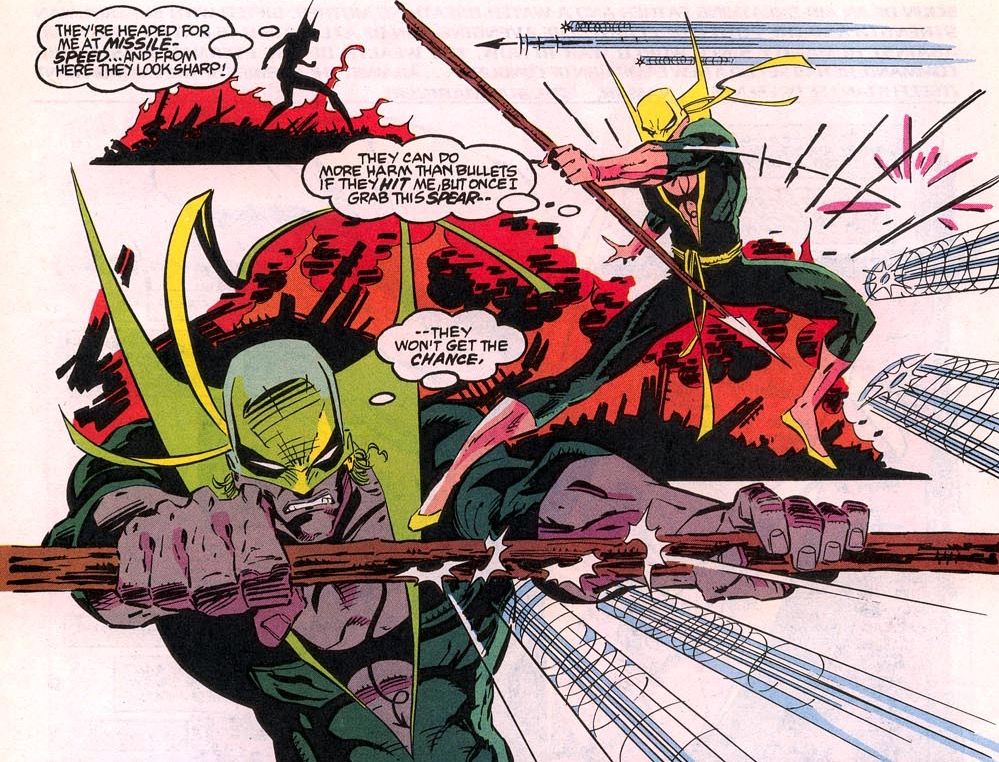 Meanwhile, Master Kahn is trying to take over Namor’s corporation.  Not sure why he has to be re-cast as a corporate raider, but whatever.  Iron Fist and the Daughters of the Dragon are aware, and are trying to stop him.

This whole story feels random AF.  Maybe because of the constant shifting in writers (see below).

They all fight, and Namor cuts off Kahn’s head.

Yeah, not much Iron Fist in this.  But some.

Byrne was the main reason to read this title, even if it was far from his best work.  We’ll see if Bob Harras makes this a title worth reading.