Last issue, we saw that some Genoshan refugee-mutants were seeking asylum in the U.S.  Now, Sauron and the Brotherhood of Evil Mutants seek to draft the refugees into their side of the mutant/human divide.  They’re called X-Patriots, which, frankly, is pretty cool.

The X-Factor team is pulled into the conflict by their government liaison, Val Cooper.

After forcing the Brotherhood to run away, X-Factor takes the X-Patriots out on the town. 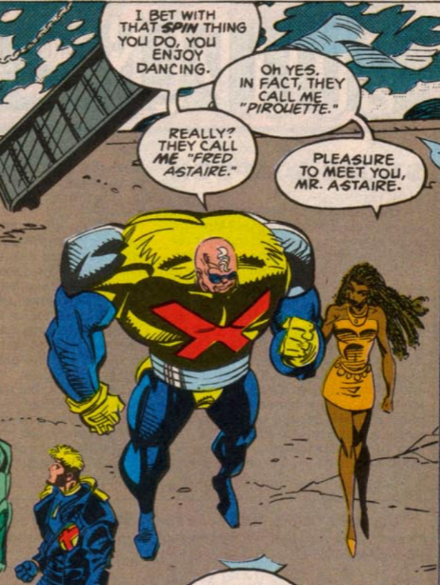 This feels like a rushed ending to a storyline with the potential to bring immigration into the usual racism-centric Marvel mutant theme.

And there’s a strange comedic sequence with a guy called Chalker. 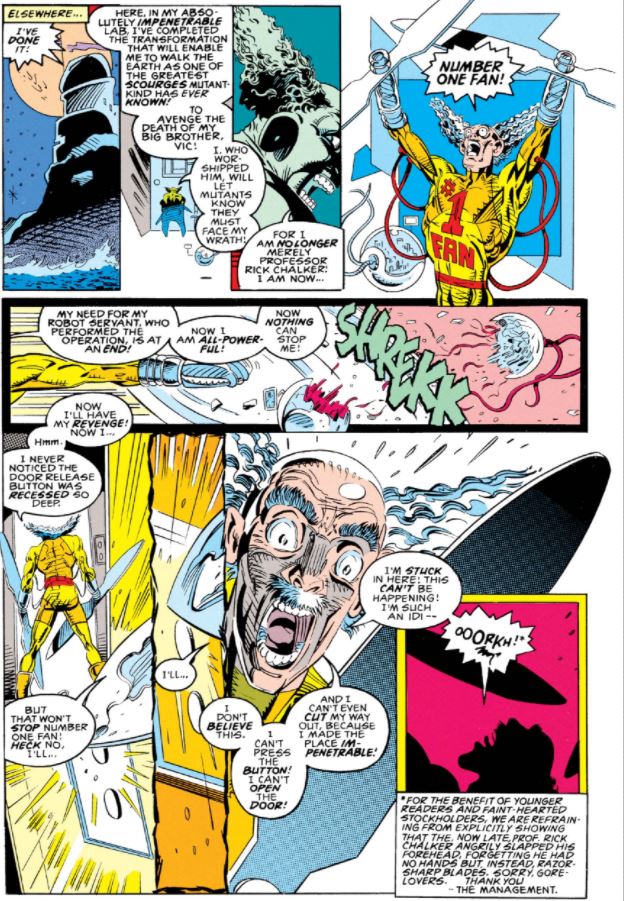 It doesn’t amount to anything, but it’s kind of funny so I included it.