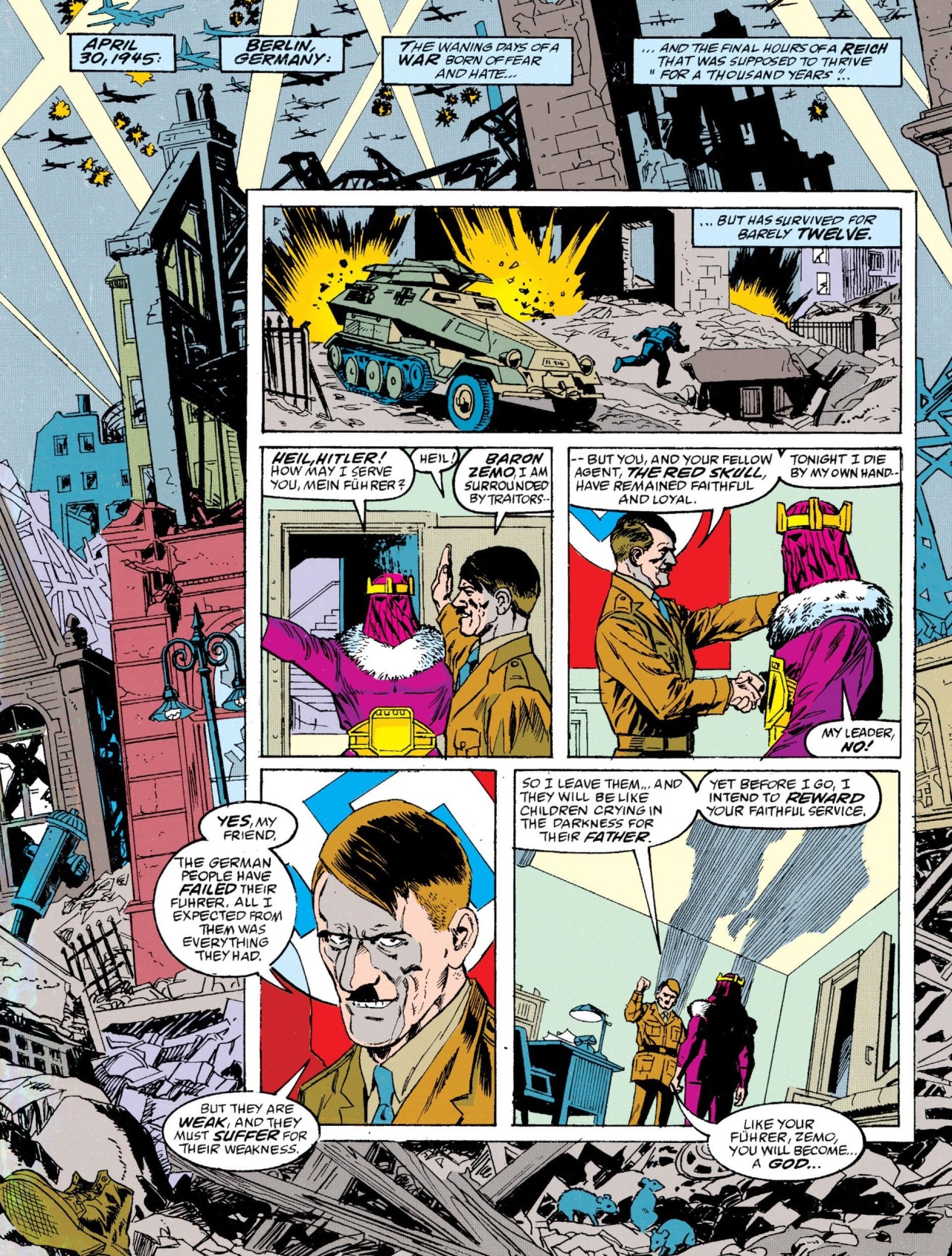 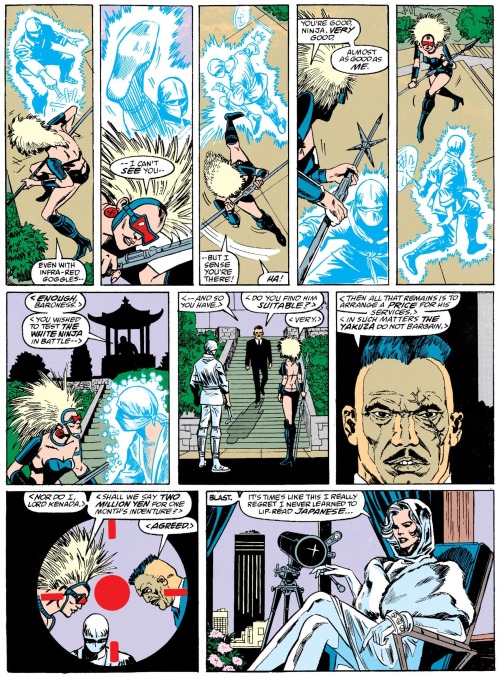 This is a one-shot with a script by Stan Lee, so…You get it.  It’s pretty dumb.

Basically, some magic crystals make people scared so the story is called Fear Itself, and Silver Sable and Spider-Man first fight each other and then try to recover them.  Meanwhile, Baron Zemo gets his mind put into the body of a woman using the same cloning process that revived Hitler into the Hate Monger’s form and also returned Red Skull.

So lots of Captain America history here.  But Cap himself doesn’t appear.

Baron and Baroness Zemo, Marvel 1992, Silver Sable and her Wolfpack and Wild Pack, Spider-Man appearing outside his own comics
Tweet Pin It