The team of Abnett and Lanning have their U.S. Marvel debut with this extended Punisher story.  Punisher hunts a bad guy all the way to Europe, which is probably why Marvel uses the Marvel UK team to create the tale. 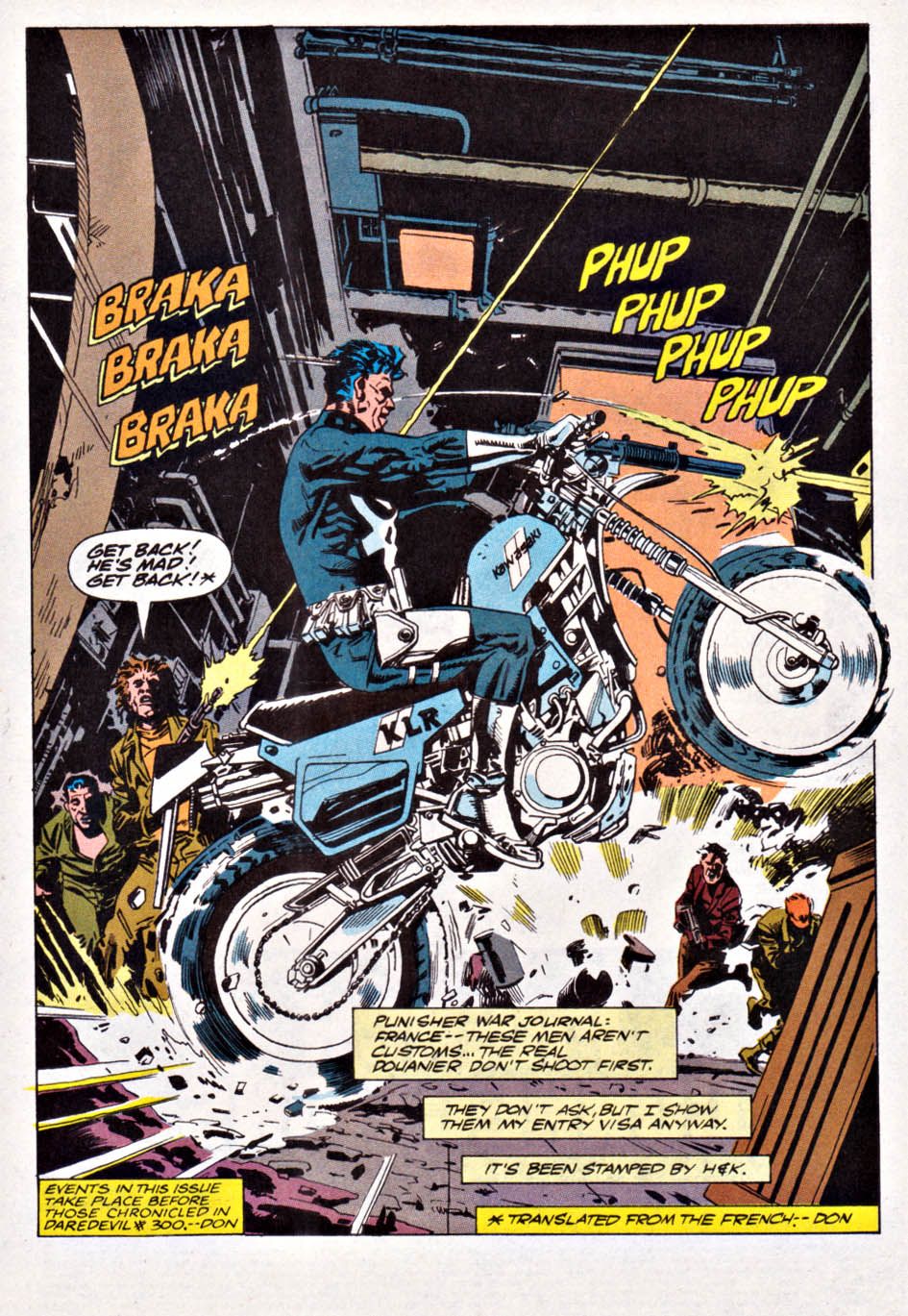 It’s a solid story—including a British Punisher-type character, but in the end, like most Pun stories, it has no impact on the Marvel Universe or even on the Punisher character himself, who stays static across all three of his own comics and the half-a-dozen-or-so guest shots he makes each month.

Over the course of the story, Punisher gets thrown in a foreign prison, and Kingpin tries to kill him while he’s captured.  Of course the assassin fails, and in fact his attempt is what gives Punisher the weapon he needs to escape prison.  Also, since he’s on the European continent, Punisher has the dubious honor of being kicked in the fact by Batroc.

And then, in Spain, he meets Tarantula. 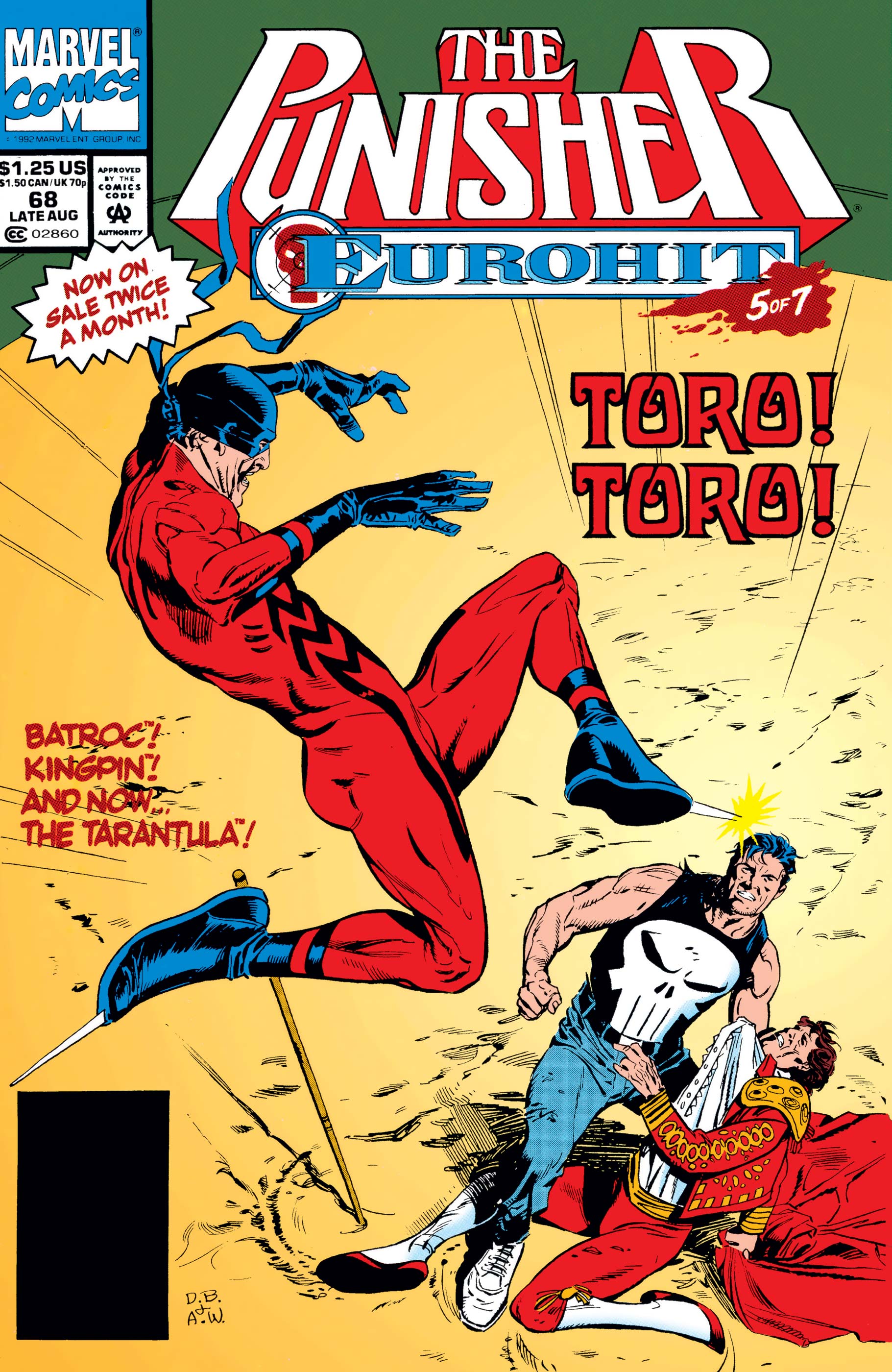 The fight, then team up. 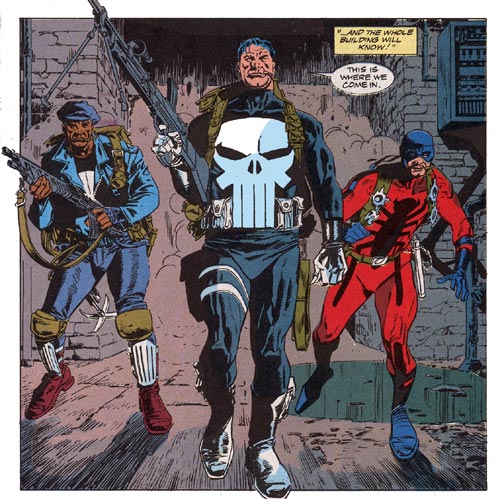 And then everybody fights! 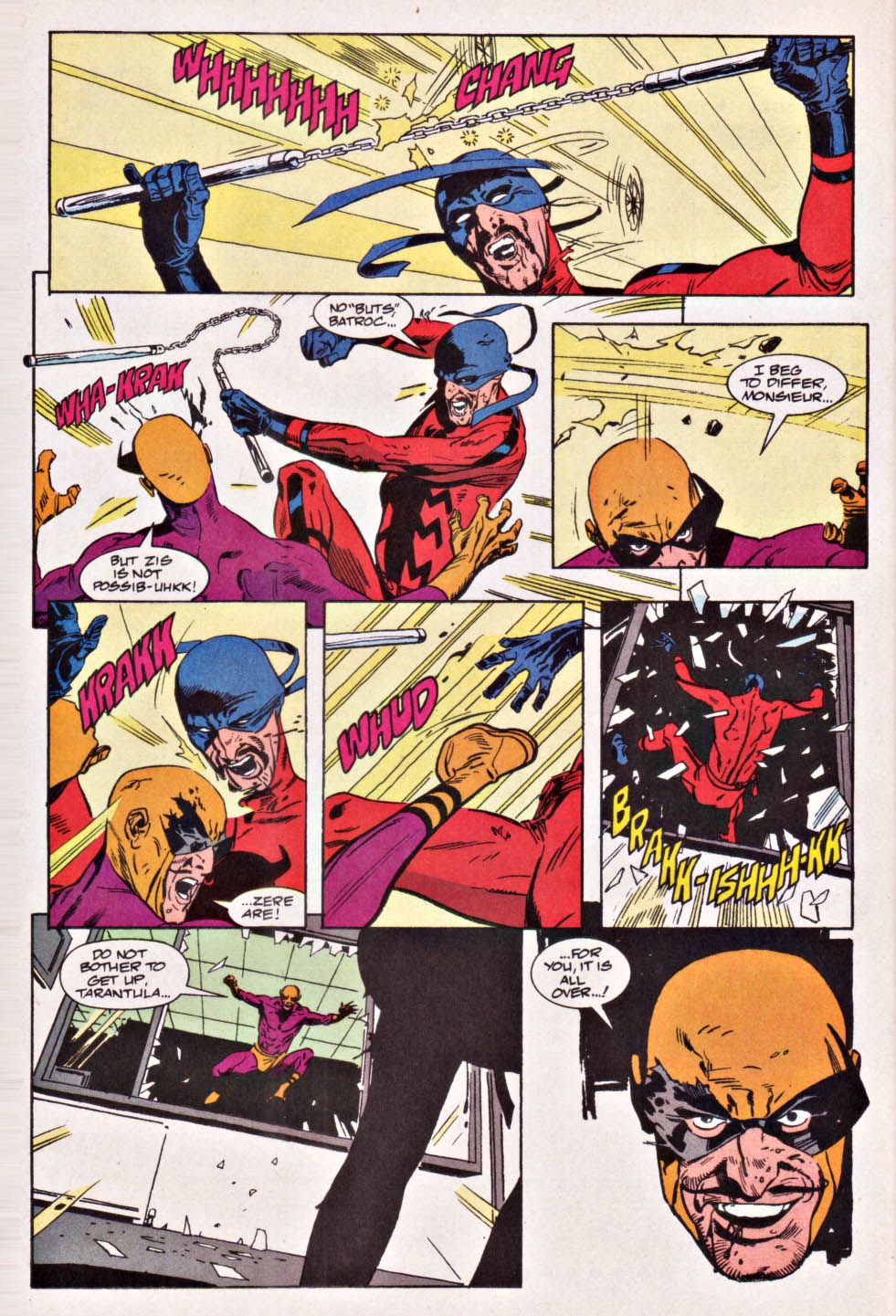 I do like it when Punisher stories weave in the rest of the Marvel universe.  And this new team does breathe some fun and adventure into a book that gets a little same-y when, usually, twice each month (four times, if you count the Punisher War Journal series) Punisher tracks and kills a bad guy(s) in a self-contained story.