These are the roots of the Spider-Man/Stacy relationship, which becomes about as tight as Commissioner Gordon and Batman’s.  Actually, Spidey’s arguably even more open with Stacy. 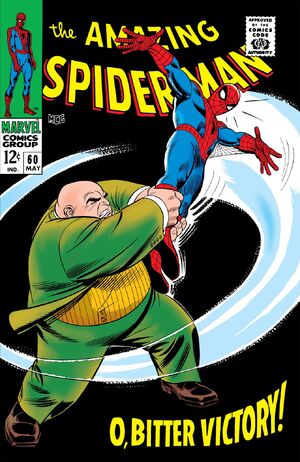 The cover to #60 is awesome.  And unlike many awesome covers, this actually happens inside the book.

Kingpin is supposed to be a normal guy, albeit a large, heavy and strong one.  Spider-Man has super strength.  This should never happen: 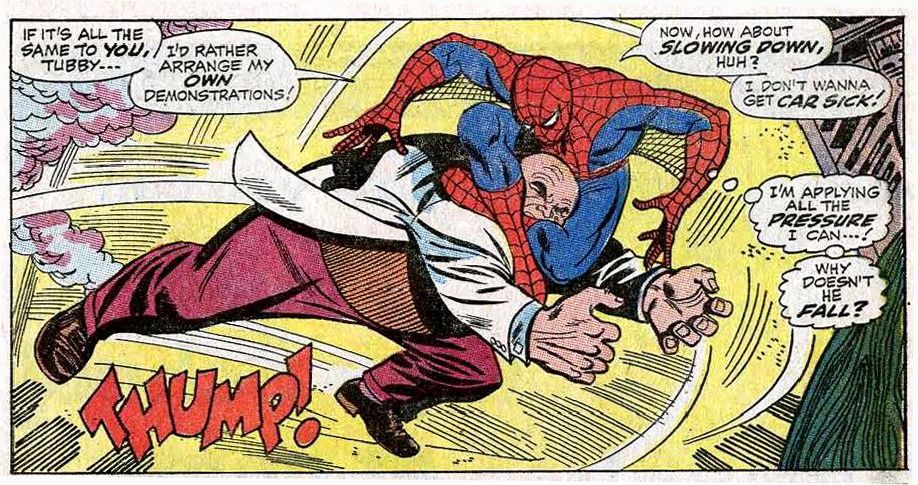 It always annoyed me that Kingpin was kind of super-human. 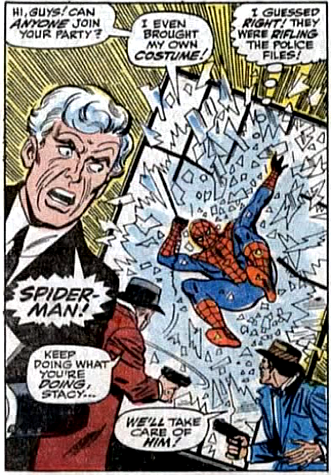 Spidey knows it, which of course causes Peter Parker torment.

After Captain Stacy snaps out of his brainwashing, Kingpin orders a hit on both him and his daughter.

But like most villains, he’s too stupid to just kill them.  Instead, he plans to drop a vat of boiling acid on them.

Spider-Man and Norman Osborn arrive just as Kingpin’s men are about to kill the father and daughter, and save the day.

Meanwhile, MJ is a club dancer. 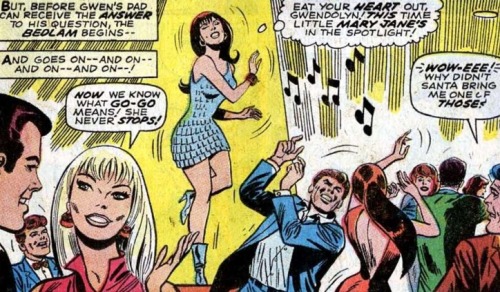 And she gets her own Spidey interaction. 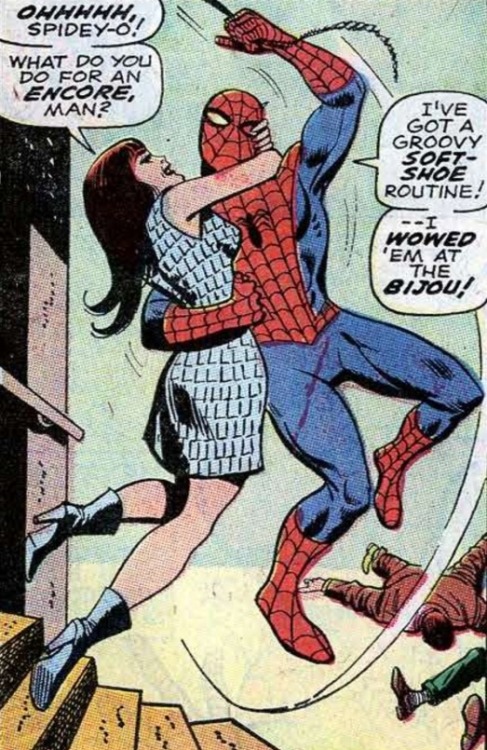