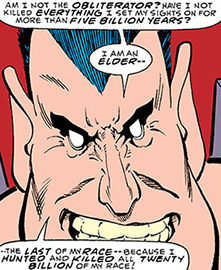 Silver Surfer has it out with new Elder of the Universe The Obliterator. He has an … unfortunate character design.  Not sure how much was Steve Englehart and how much was Marshall Rogers.  Anyway, he and Mantis beat him up—he’s pretty lame for an elder—and then interrogate him.  More on that next issue. 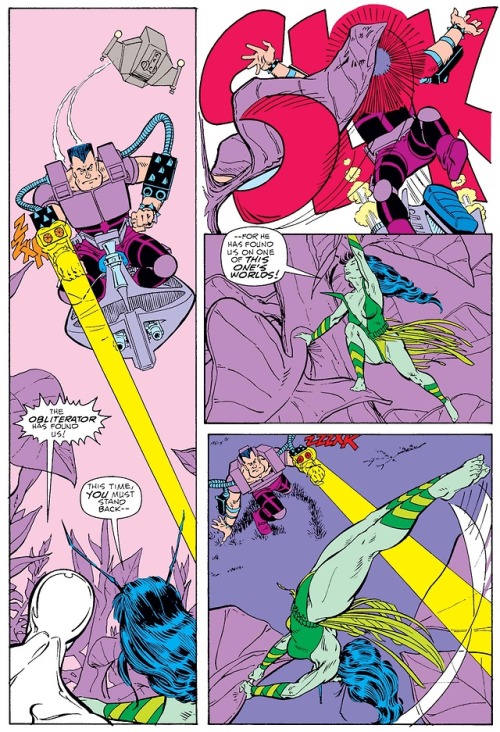 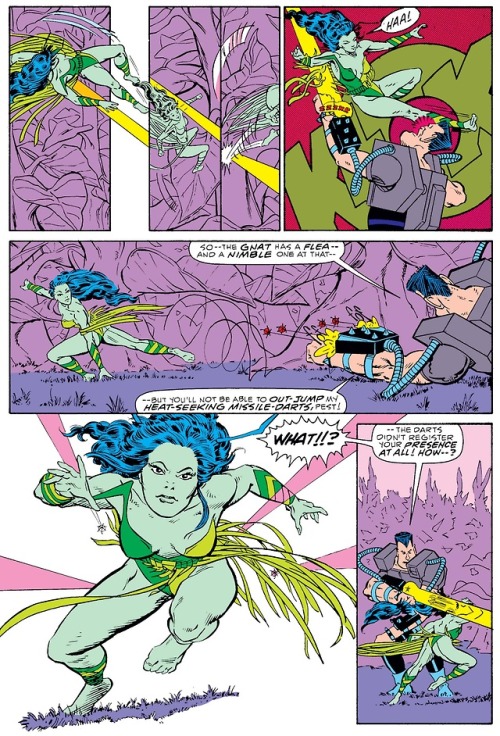 This is accompanied by a sub-plot with a skrull-retelling of the history of The Celestials.  We already knew that the Celestials came to Earth and created three species: humans, deviants, and the Eternals, but now… 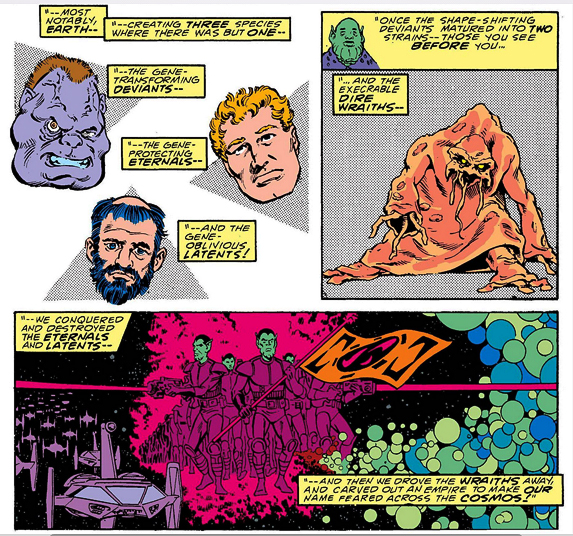 The Dire Wraiths are added to the mix.  I don’t remember the toy-based villains from ROM the Spaceknight being tied to the Deviants before—and it doesn’t make a lot of sense because the three species were created on Earth and the Spaceknights were from a galaxy far, far away.

Anyhow, the skrull telling the story is speaking to a Celestial who is hanging silently above his planet, and he is telling the tale in a way that puts the skrulls in the best possible light.  When he gets no reaction from the Celestial experiment, we get this funny panel… By the end of the issue, the Celestial is still silent, and the skrulls have decided to begin a second Kree-Skrull war.