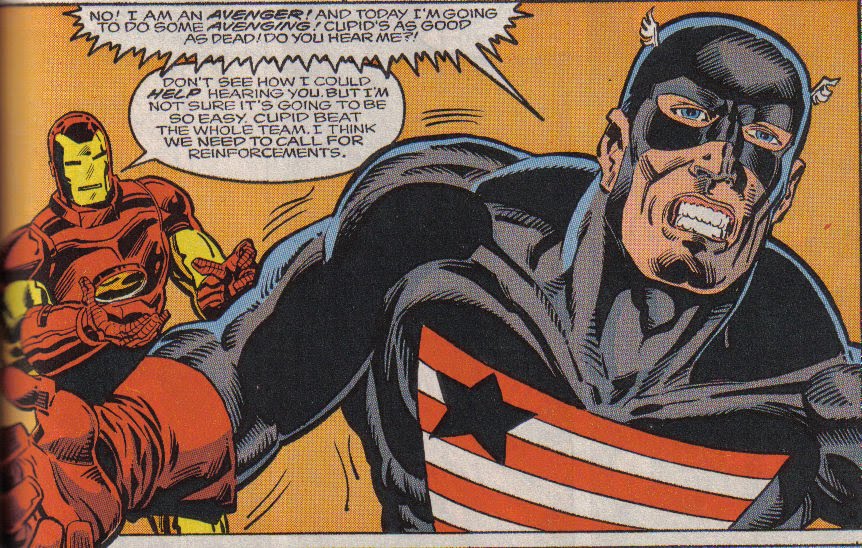 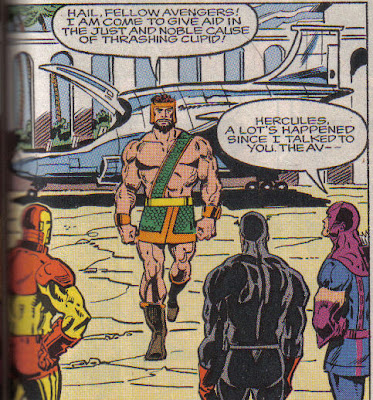 Cupid is in love with Mockingbird, and he invades the mansion.  But it turns out, he was being tricked by Aphrodite into thinking Mockingbird was the goddess Psyche.

So, the whole thing is basically a misunderstanding.  Which makes for annoying story.  Grade: C-. 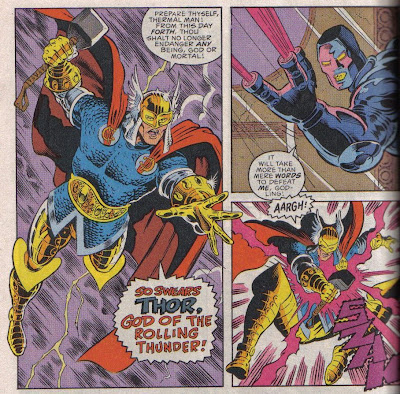 Next, Ron Frenz (a better artist than writer) and Kevin West take on an Asgard-based story of Thor versus Thermal Man and frost giants.  It’s a yawner.  Grade: F.

That’s over 60 pages of this “80 page giant.”  In the end story, a man named Chester Harrigan applies for a job at Stark Industries…As Iron Man!

His position is that he’s a good employee and deserves the promotion.

But a bad guy in armor shows up and Chet watches the battle with Iron Man that ensues, and comes to the conclusion that he’s better off just applying for a security guard position.

As usual, Kurt Busiek does a good job at a brief character piece, and James Fry’s art is a solid compliment.  Grade: A.