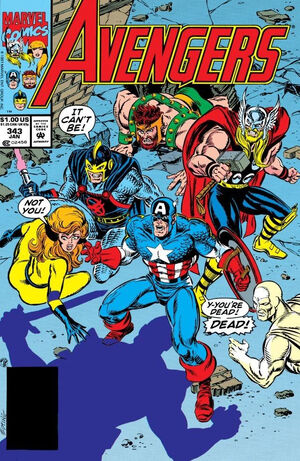 These issues are set-up for Bob Harras’ run.  Crystal joins the team, and brings her baby Luna and Luna’s Inhuman nanny, Marilla, to Avengers’ mansion. 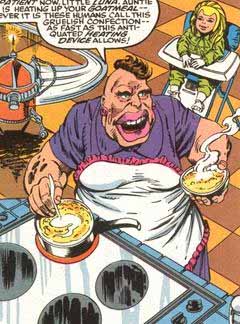 She’s always feuding in the kitchen with Jarvis.

Black Knight gets a light saber because his ebony blade keeps demanding blood. 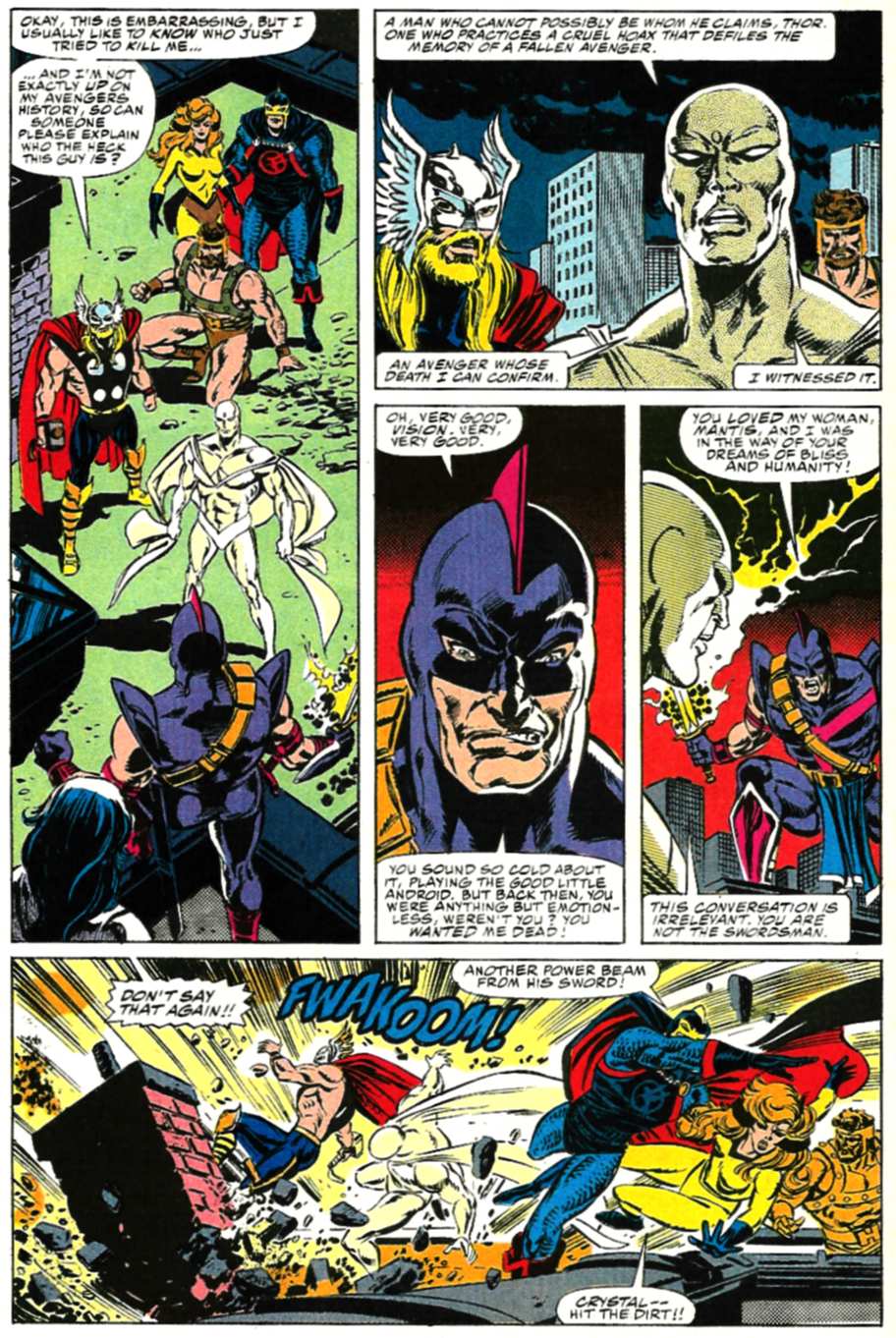 The mystery guest on the cover is Swordsman, who, with Mantis, is back from the dead.  They’re really aliens called the Gatherers.  Swordsman will actually stick around for a while, so I’m counting this as a version of Swordsman.  Mantis won’t–this Gatherers version reverts to alien form in this very story.  All this will factor into the Galactic Storm story, coming next, because they report to Proctor… This is the first appearance of Proctor, who will be a major part of the next arc, Galactic Storm.  Speaking of which, the story ends with The Watcher being foreboding…