The Doctor Strange story here is another chapter of him fighting a female master of the dark mystical arts named Umar.  It’s not terrible, but it’s nothing you need to hunt down.  And I’d wrap it into a bigger, multi-issue post were it not for the fact that the Nick Fury story is totally worth writing about.  For the first time in a year or more. 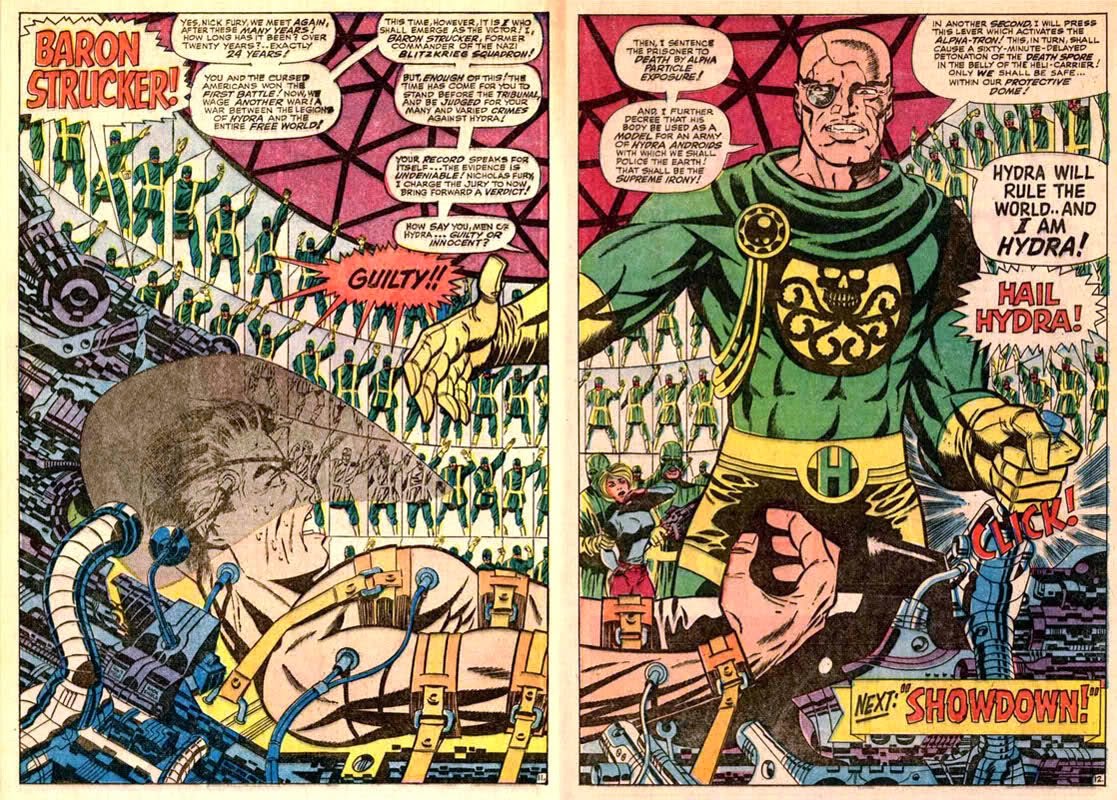 Jim Steranko was in advertising, and returned to it as a more lucrative profession after a few years at Marvel.  We don’t have a lot of his work to review, consequently, but starting with #155, he became both the writer and the artist of the Nick Fury side of Strange Tales, and as a result we are treated to some of the most 1960s-stylized, groundbreaking art in Marvel’s half-century history.  Just look at the page above—the use of white space, the panel arrangements, the psychedelic hypnosis—even the figures in the lower panel, each framed by their own pane of glass, each in a different action pose…There is so much going on here, and all of it is orchestrated and designed deep.  Beautiful.

Also in this story, a night fight lit in red.  Very cool. Steranko can mimic the Kirbyesque kinetics, which was part of the required “Marvel Style” at the time, but he’s clearly got his own style as well.

Look at all the detail in that pic of Hydra Island.

Storywise, it’s also really great.  We learn that Baron Strucker is the leader of Hydra, and he plans a massive germ-warfare attack on the world.  Here’s the reaction of all Earth’s heroes:

I love how Steranko seems to be imitating Kirby for his rendering of the FF and Thor, Romita on Spidey and DD, Heck on Iron Man, etc.  Very nice.  And check out the changing perspectives and sense of motion here… 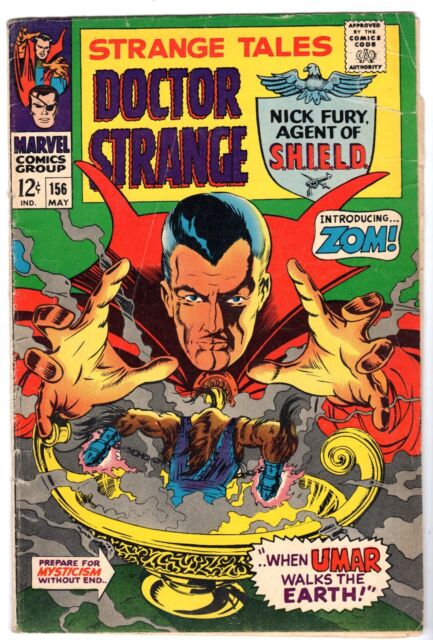 On the flip side, Dr. Strange continues to be boring.  Oh well, half a great comic is better than none.  It’s an extended arc about an interdimensional threat named Umar who destroys Stephen’s house. 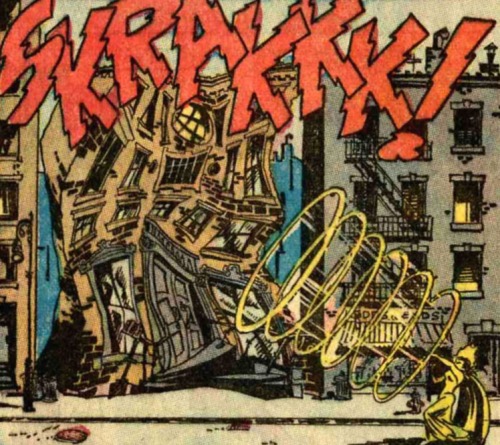