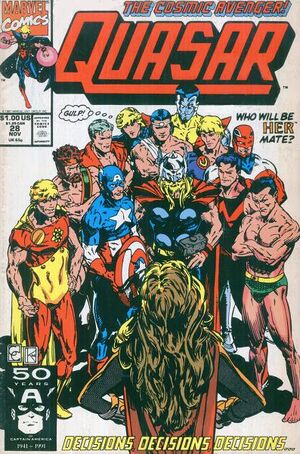 As you can see from the cover, Her wants to jump Quasar’s bones.  That cover, by Greg Capullo, reminds me of the great and funny Justice League book by JM DeMatteis and Kevin MacGuire.

Not sure why exactly, but it does.

Anyway, these issues aren’t on par with that terrific run.  Her tries to get a bunch of men pregnant in this story (hence to cover to #29): 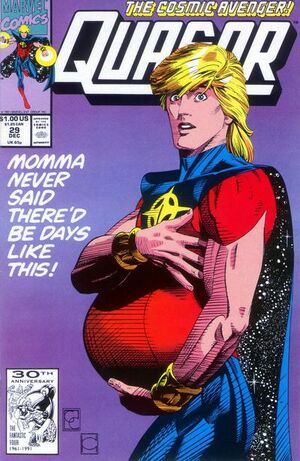 And they fight over her. 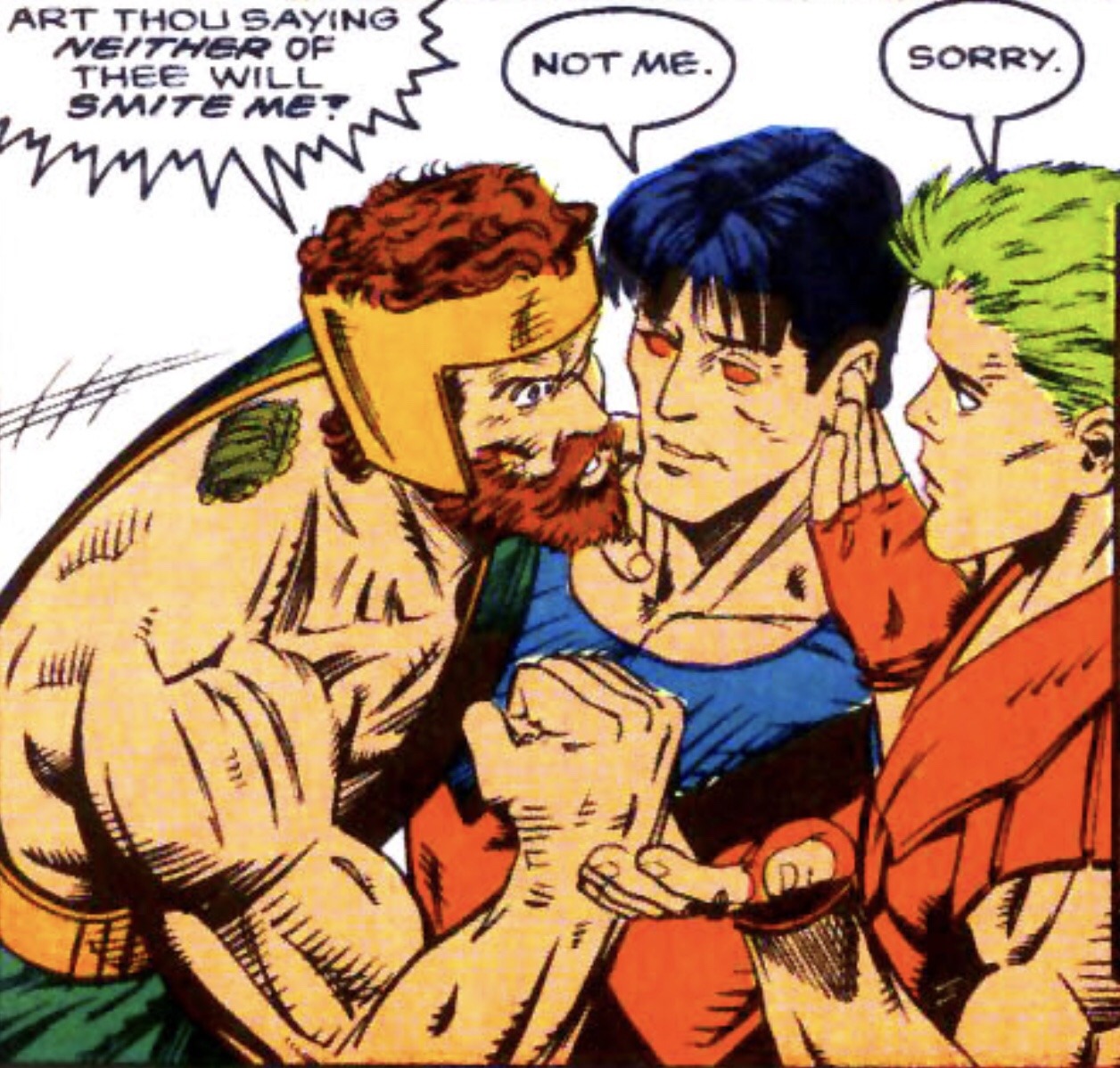 After this Demi Moore tribute—which was actually published before John Byrne did the same thing in the pages of She-Hulk—and a bunch of Avengers appearances, the story ends without Her and Quasar consummating, and it sets up Jack of Hearts, another quantum-band-wearing hero, to be a regular guest in this book.  Also Moondragon and Her fight over Quasar briefly.