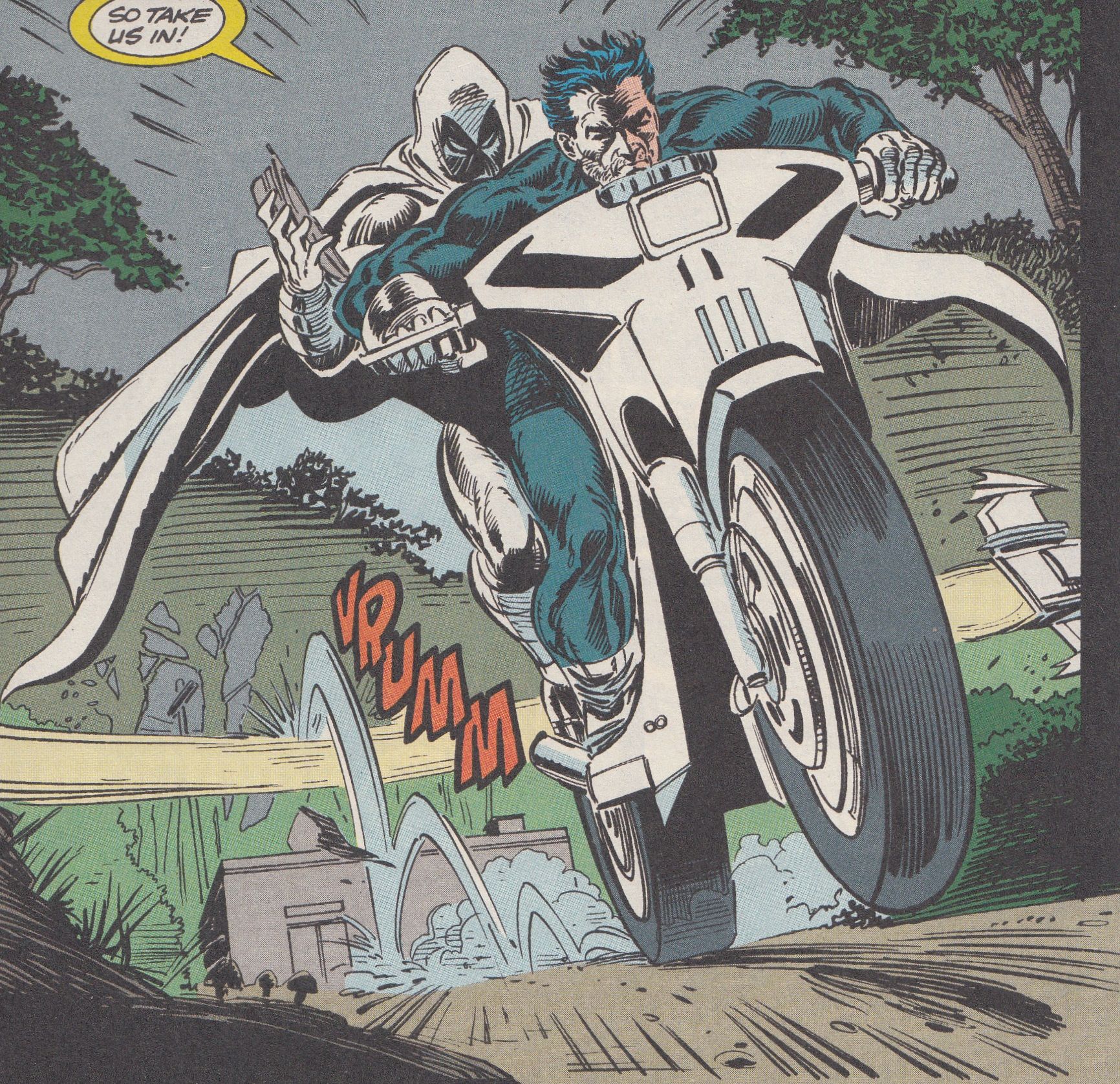 Terry Kavanagh begins his run on Moon Knight, and he will literally run the book into the ground. He’ll write for about two years and then the book will be cancelled.

Kavanagh’s run is marked by lots of guest stars–attempts to make people care about Moon Knight by including characters they already care about.  It’s a standard Marvel technique, but it works a lot better for new titles.  Not for ones already in their 30somethings that have been pushing the lower boundaries of mediocre for a long time. 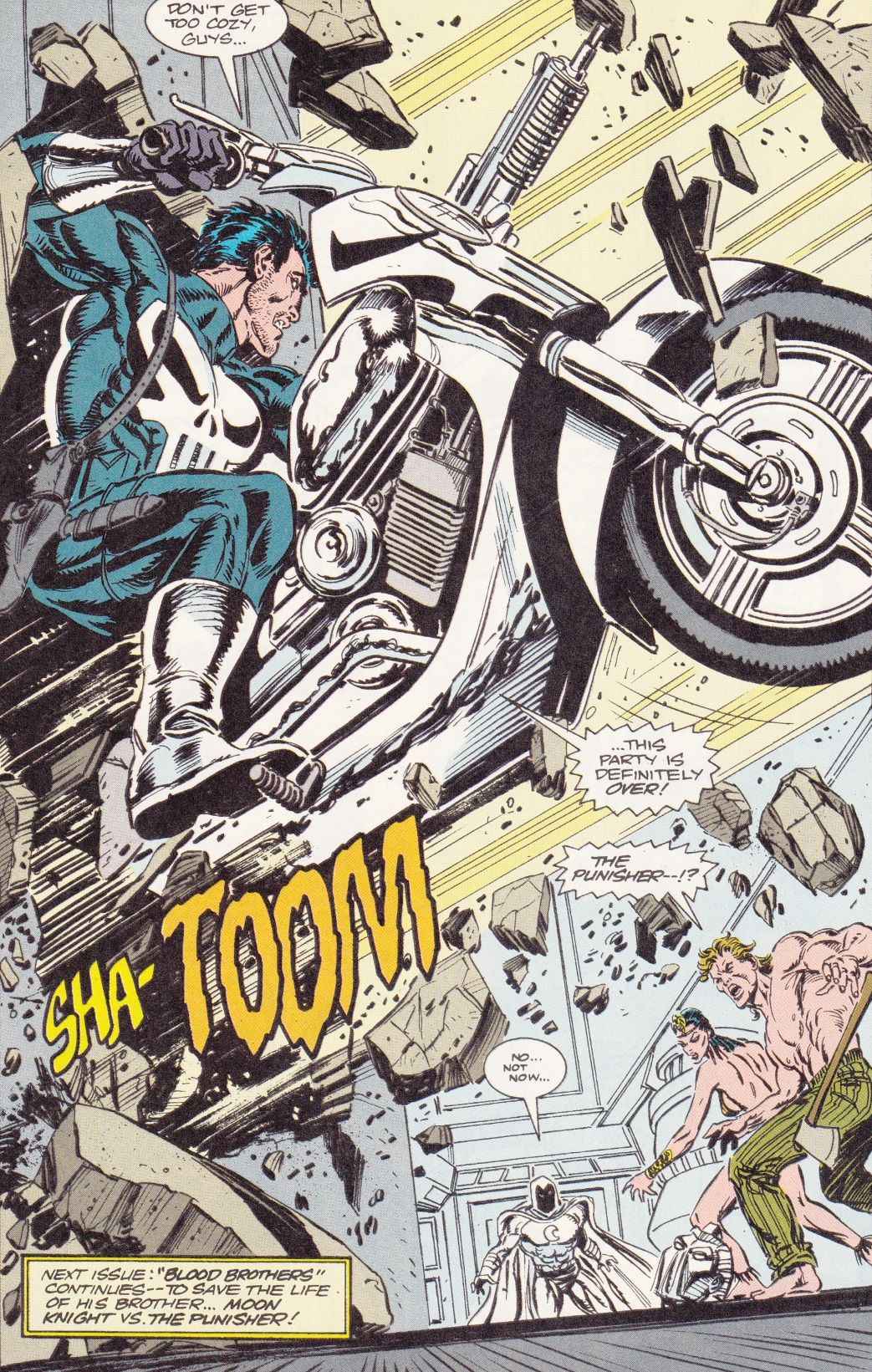 Anyway, it starts with Punisher who helps Moon Knight track down and defeat the Cult of Koshnu.  As you can see from the panel above, he’s a wisecracking Punisher.  That’s never good.

They transfer Moon Knight’s “powers” to another guy for a while. 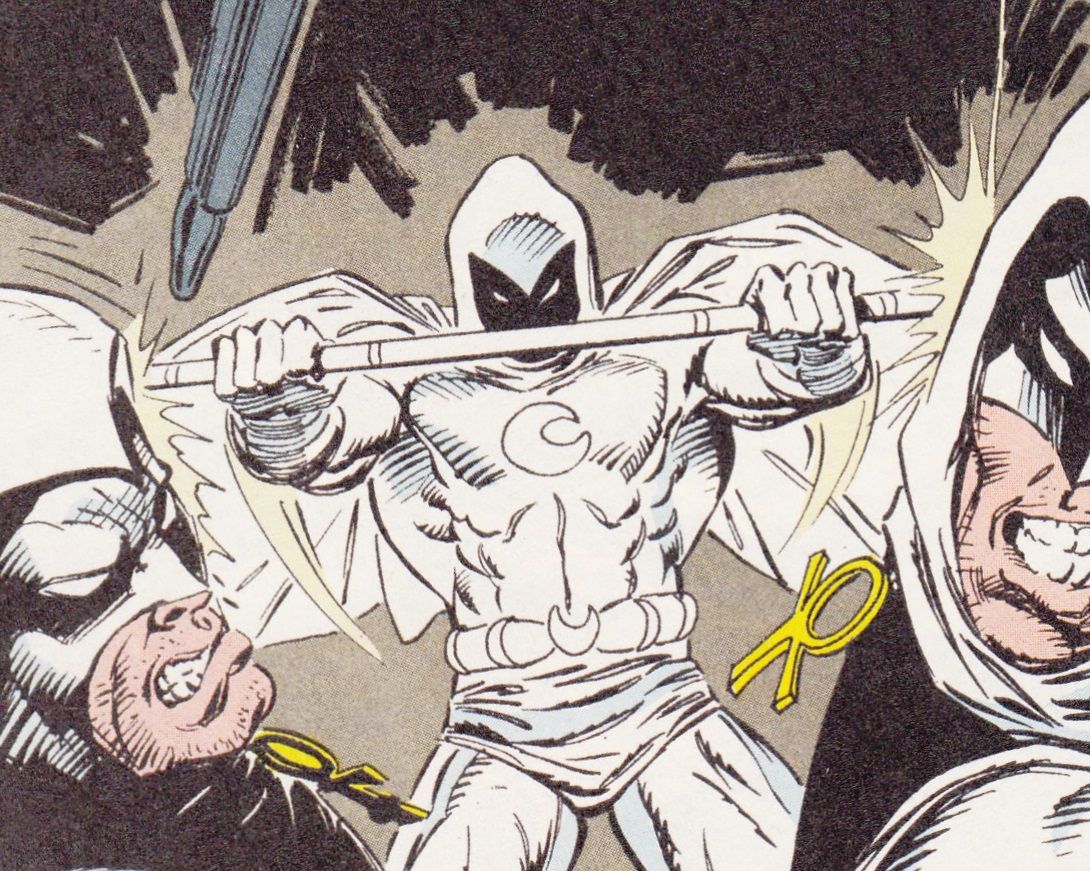 I hate when Moon Knight is described as having powers.  He’s supposed to be Batman.  The mystical stuff always ruins him.

The last panel promises Dr. Doom for the next arc. 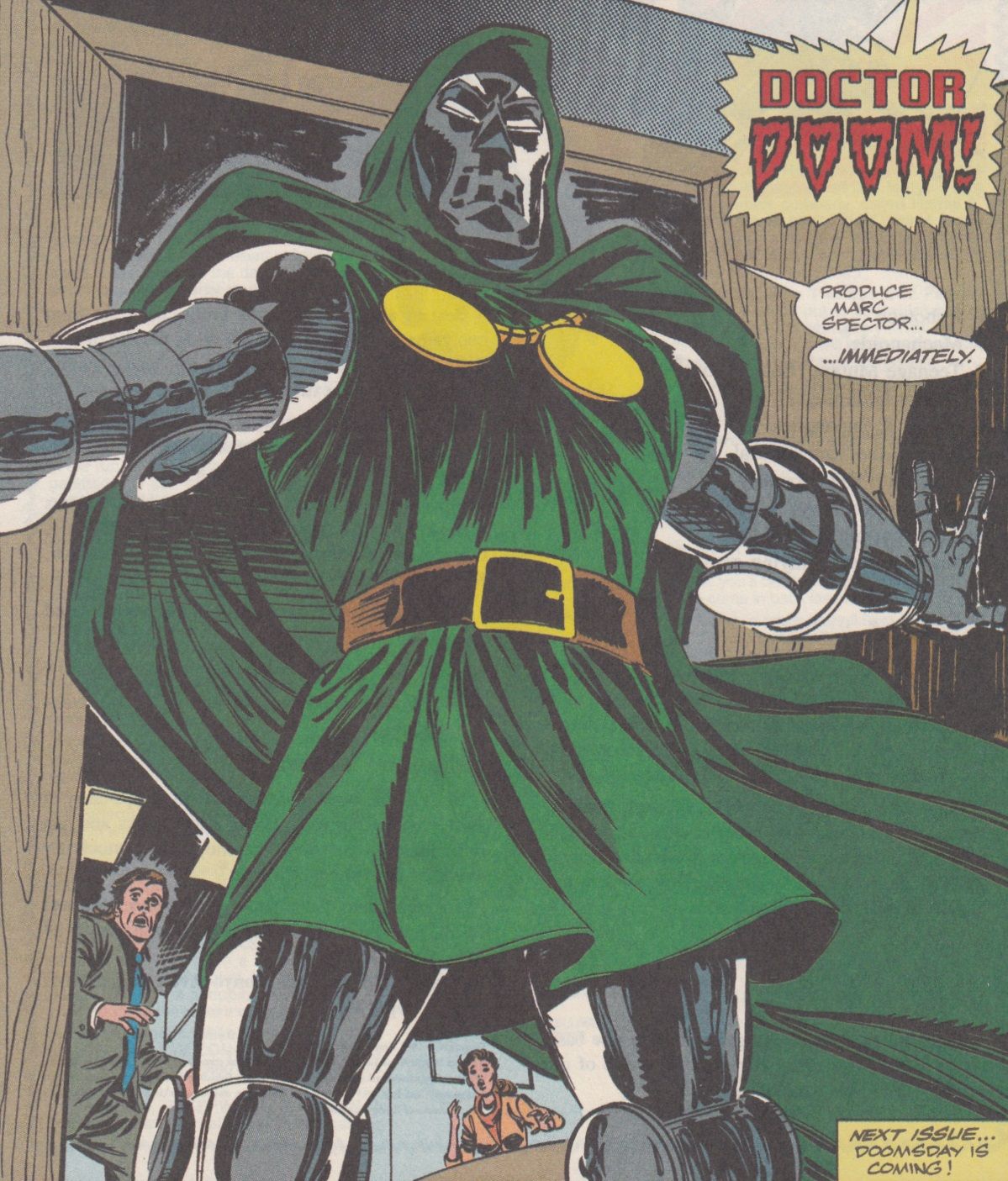