Here begins the “bad run” of issues that made this book such an underseller by the early 1970s.  In #20-21, we get the story of how Professor X lost his legs and it’s a bad, confusing story about an alien named Lucifer who basically dropped a shelf on the Prof.  Lame.  Then, in #22, we get the first appearance of Count Nefaria, but he’s hardly the cool dude he would later become.  Thomas’ early issues were drawn by Jay Gavin, Then, with issue #23, Werner Roth signed on.  He wasn’t bad, but he wasn’t anyone’s favorite either.  He did a really good job with Banshee, though, who first appeared in issue #28 as a villain (but by the end of the issue he was a hero)

That look, above, where he almost is a ghost, was abandoned later–but I really like it.

This is kind of a well-known panel… 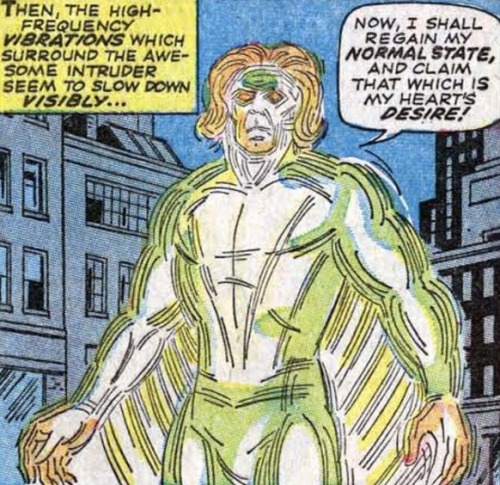 Despite the fact that these issues were very poor quality, an early fan was future artist Carlos Pacheco.  Cool!