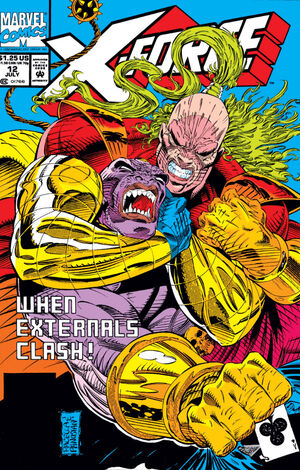 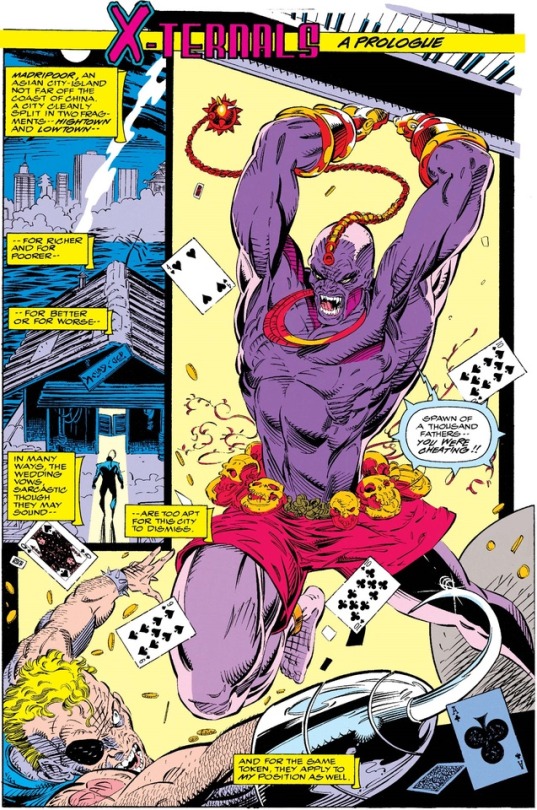 Gideon, leader of the X-Ternals, goes to Madripoor to find the mutant Crule (this is first appearance of this very minor Marvel mutant), who he will use to help the X-Ternals achieve their goal of killing Cannonball, who is preordained to be a problem for the X-Ternals.

Also, they’ve captured Sunspot and they’re torturing him or experimenting on him.  Not clear which thing they’re doing (or maybe it’s both).

At the same time, SHIELD’s Weapon Prime team (i.e., GW Bridge’s group) is also trying to take down X-Force.  Rictor is with Bridge’s team now, so he’s fighting some of his former New Mutants teammates.  If you care.  I really don’t at this point.  Anyway, by the end of this story he’s back with X-Force. 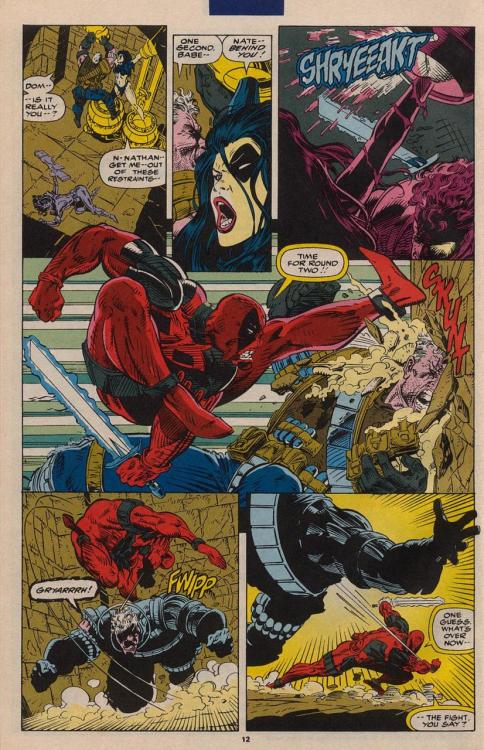 Over the course of these issues, it’s just a lot of giant muscles and fighting, with Cable’s team always winning.

Creators: Rob Liefeld and Fabian Nicieza (script), Mark Pacella, Terry Shoemaker, and Greg Capullo on art.  But their art is so indistinct, it looks like one artist.
Grade: D