The title of issue #20 pretty much sums up the wild ride of 1970s comics: “Dinosaurs on Broadway!”

Spider-Man, at the behest of Curt “The Lizard” Connors, goes to the Savage Land to find a missing scientist who happens to be named Dr. Stegron and who turns into a Stegasaurus man, just like Connors turns into a lizard-man.

Ka-Zar talks a bit like a caveman in this story.

In the second half, Stegron and some of his dinos go to New York, where Spider-Man meets (and DOESN’T fight first, like usual when Spidey meets a companion)… 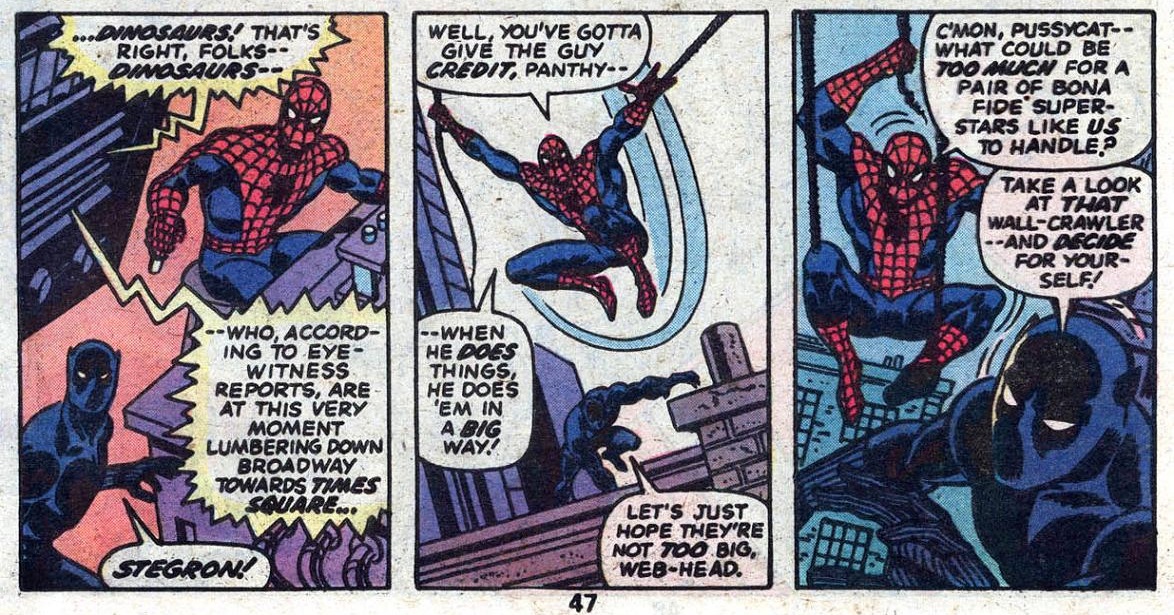 …and teams up with Black Panther to defeat the threat. An exceptionally silly pair of issues, but harmlessly fun.