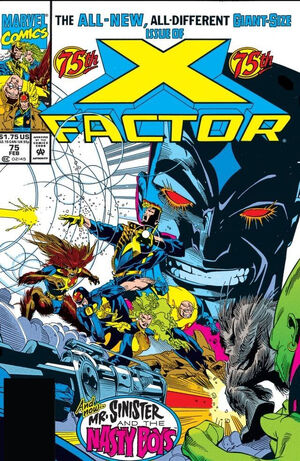 Mister Sinister has a crew called “The Nasty Boys,” and the big guy who fought Strong Guy last episode is in it.  Most of them only reappear one more time, and all in the same story, so I’m not bothering to tag them.  Slab has a few other appearances, so he gets one. 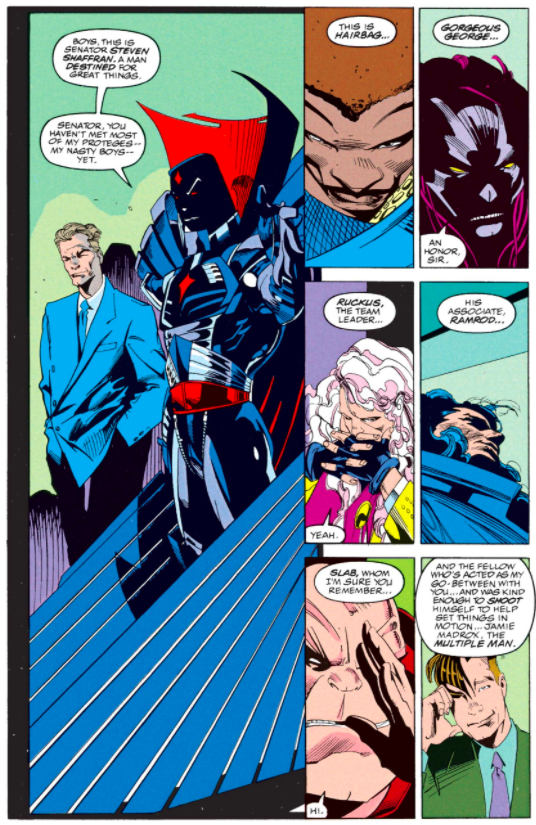 And one of the evil Madrox clones is in cahoots with them, as is the Senator with powers who also goes by codename Ricochet.

After a big fight, X-Factor defeat The Nasty Boys, Mr. Sinister kills the senator, and Madrox’s evil dupe is reabsorbed, but seems to have the ability to take over Madrox’s consciousness.

Lots of little things going on in this issue–it feels very busy.  Peter David’s run is usually better than this.