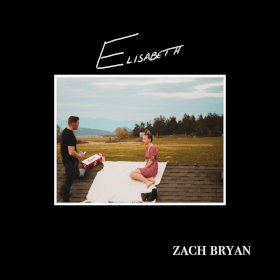 Zach Bryan is a young, full-time Navy sailor, but he’s got the wisdom of a wizened veteran. Elisabeth speaks of loving people who suffer, betrayal, the need to keep moving to survive, and the loneliness that comes with that kind of survival.

It’s not joyful. The most upbeat it gets is a song with the title “Loom,” about pining for someone from afar. But there is love here–“Mine” talks about how being with the right person can soften the edge and give life meaning. And even “Anita (Part Two),” about loving an addict, is shot full of tenderness. It’s my favorite song on the album.

This is real country music about real life. And not a single song about a dog.

Elisabeth is not a short album. Clocking in at over an hour, and best listened to in a single sitting, it’s a commitment. But one well worth making.

My second pick this week is an odd one, I’ll admit. I mean, who out there thinks the golden age of music was when bands like Poco and America dominated the charts and the best stations were on an AM dial? Practically nobody. But there are days when soft rock is the only thing that will scratch the itch, and for those days, I would prescribe Mark Fredson’s “At the Movies,” the first solo album by the lead vocalist/keyboard player for The Lonely H.

And the fact that he makes such seemingly innocuous music can mask his true intent on a song like “Thoughts and Prayers,” which seems like a hopeful and loving wish, but a close listen reveals a vicious polemic on the wholesale abandonment by the U.S. Government of its responsibilities to the people after Hurricane Maria: “Ain’t no way to get your medicine, ain’t no chicken at the store, there once was a time when we’d call the President, we don’t talk to him no more…” Throughout, there’s a witty cynicism hidden beneath smooth, Phil-Collinesque beats.

This album is a grower. Check it out.

The band called Same has a new album, Plastic Western. I enjoyed it quite a bit.

Mt. Joy’s debut was an internet sensation and a wonderful throwback to the days of the bands that followed the Grateful Dead. Their new one, Rearrange Us, isn’t quite as good–but it’s still a gentle romp of pastoral pop and there’s enough catchy songs here that it will stay with you for quite a while.

Album of the Week, Americana, Country
Tweet Pin It