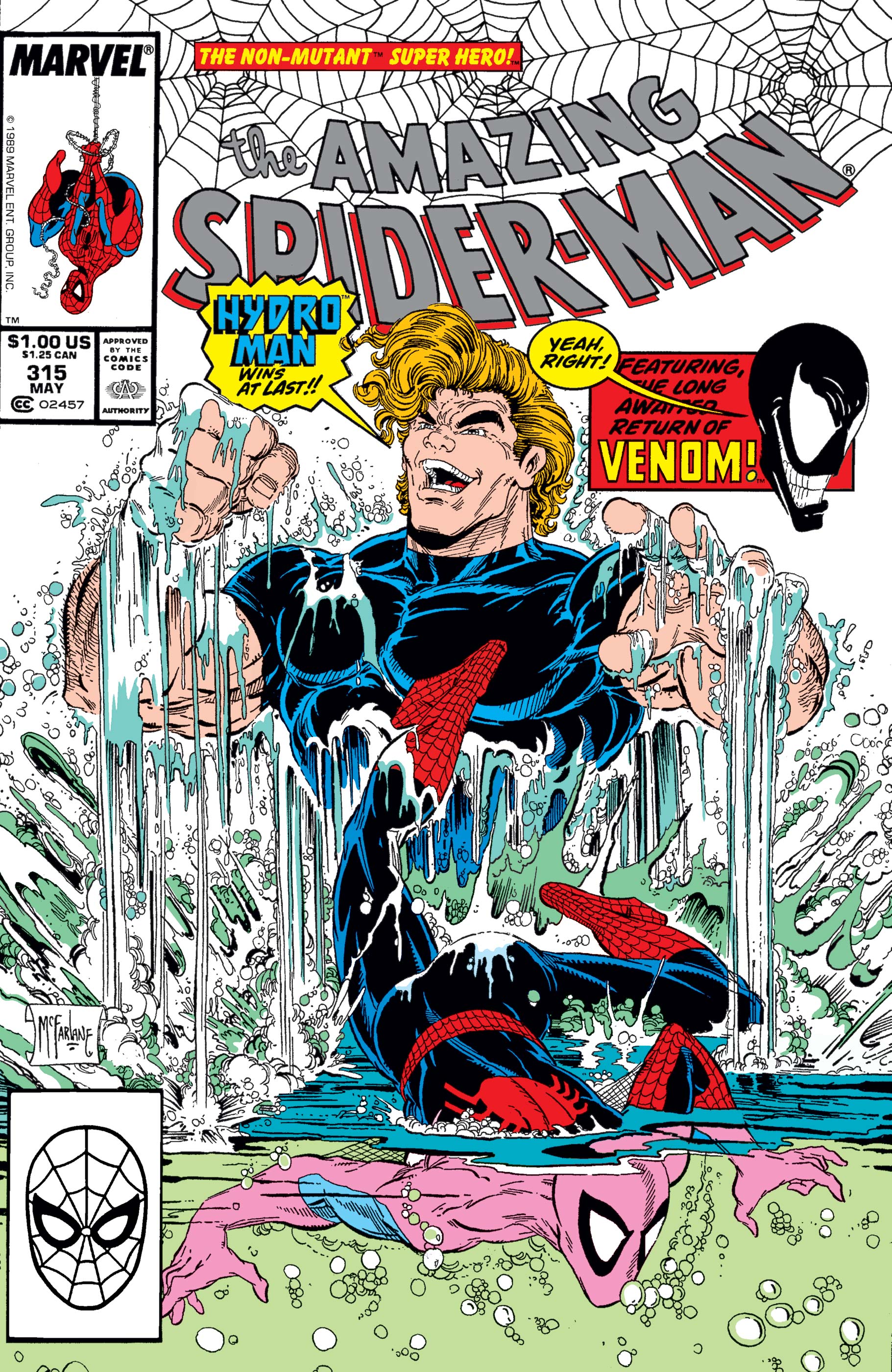 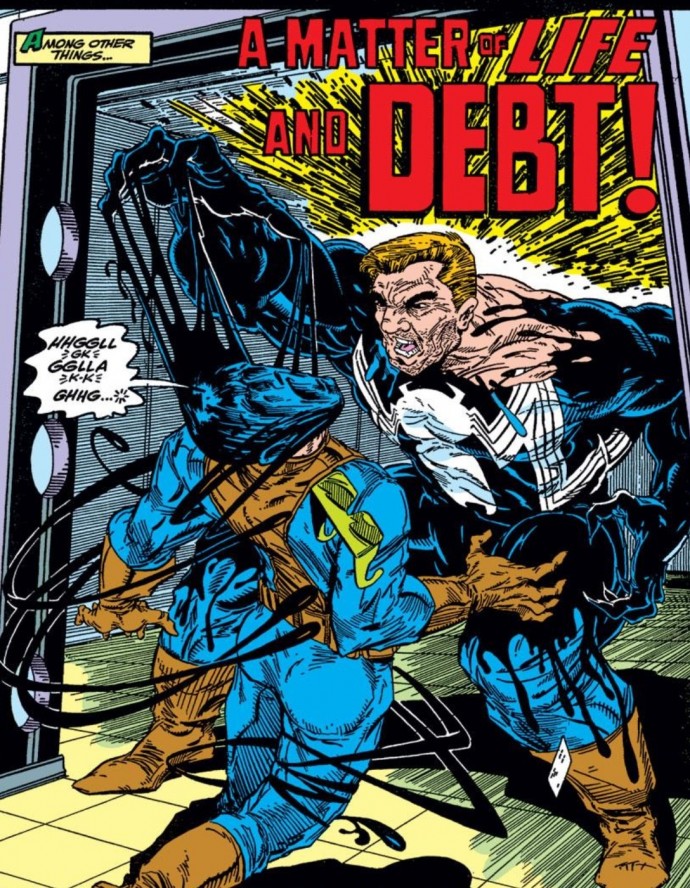 Actually, Hydroman is in the issue for just a few pages—enough time for Spider-Man to mix him with cement and defeat him, fairly easily.  As soon as you open this issue up, it’s Venom.

When we last saw the evil costume, church bells had rendered it unconscious and it was being stored in The Vault, the super-prison of the late 1980s/early ‘90s Marvel Universe.

There’s not much explanation how, but Venom escapes and starts taking over (and leaving dead) people as he heads back to New York to kill Spider-Man.

The above takes up about 20% of this issue.  The rest is Peter Parker at Aunt May’s boarding house, where he is living with his wife Mary Jane.  Peter learns that May’s wheelchair-bound fiancé, Nate Lubensky, has a gambling problem and so Spider-Man takes out the mobsters who are looking to collect on the debt.  Peter decides not to tell May about Nate’s gambling.

At the end of the issue, we get a Venom reminder… 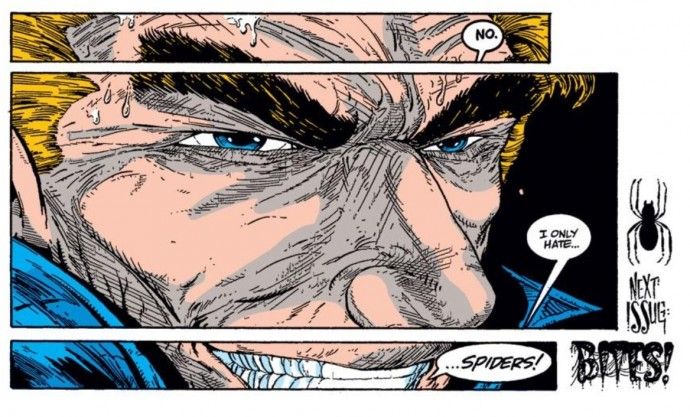 So, an issue setting up two future storylines: One Spidey, one Parker.