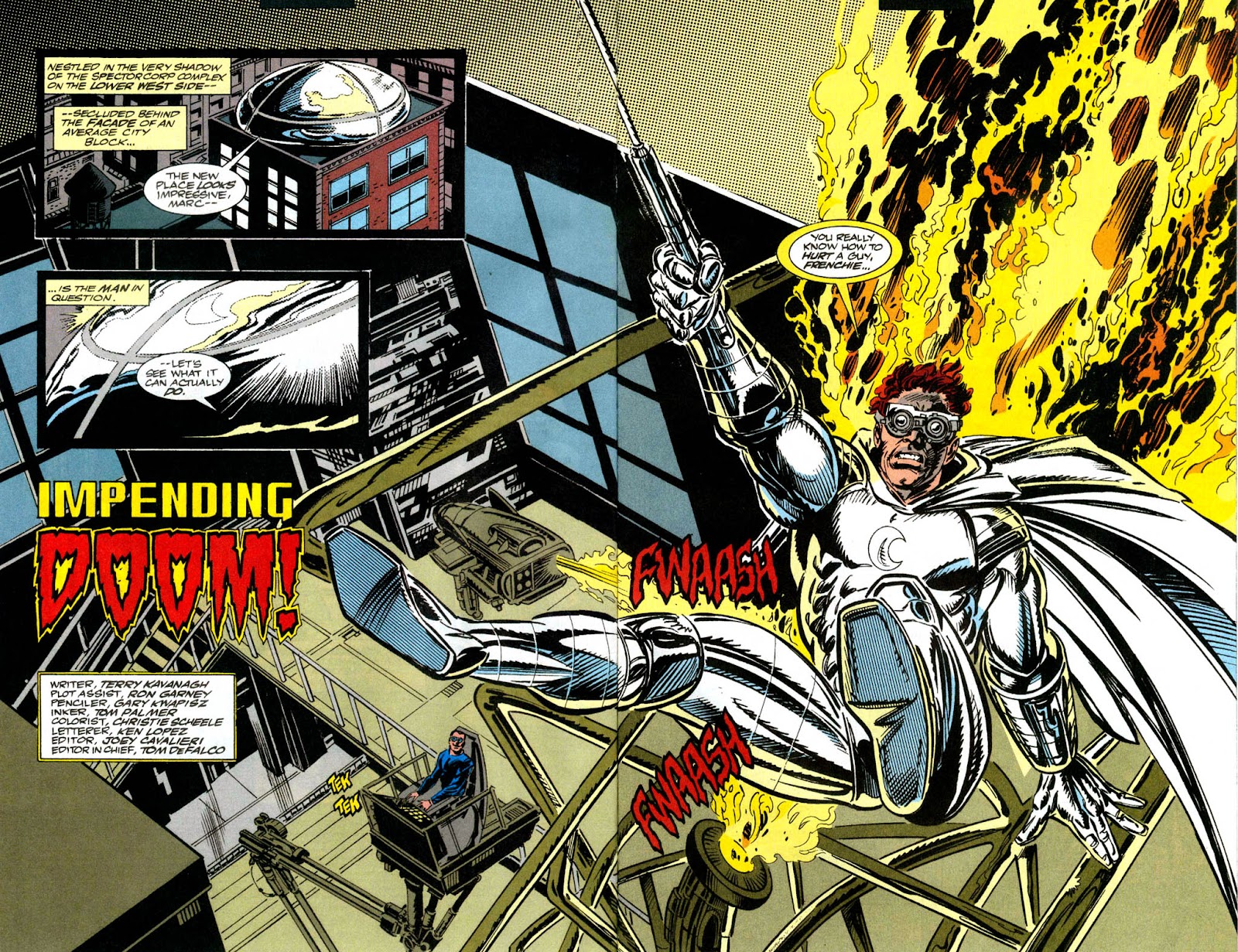 A Dr. Doom story titled “Impending Doom.”  Ugh.  There’s nothing impending about Doom in this story.  And comparing, on the cover, Moon Knight’s new body armor to Dr. Doom’s highly weaponized system is just silly.  In addition to body armor, Moon Knight has a “shadowkeep” and a “shadow cabinet” and he’s got a Moon Car. Anyway, in his Marc Spector mercenary identity, Moon Knight goes to the Latverian embassy to meet with Doom, who wants some magic artifacts that Spector apparently took from a neighboring land. 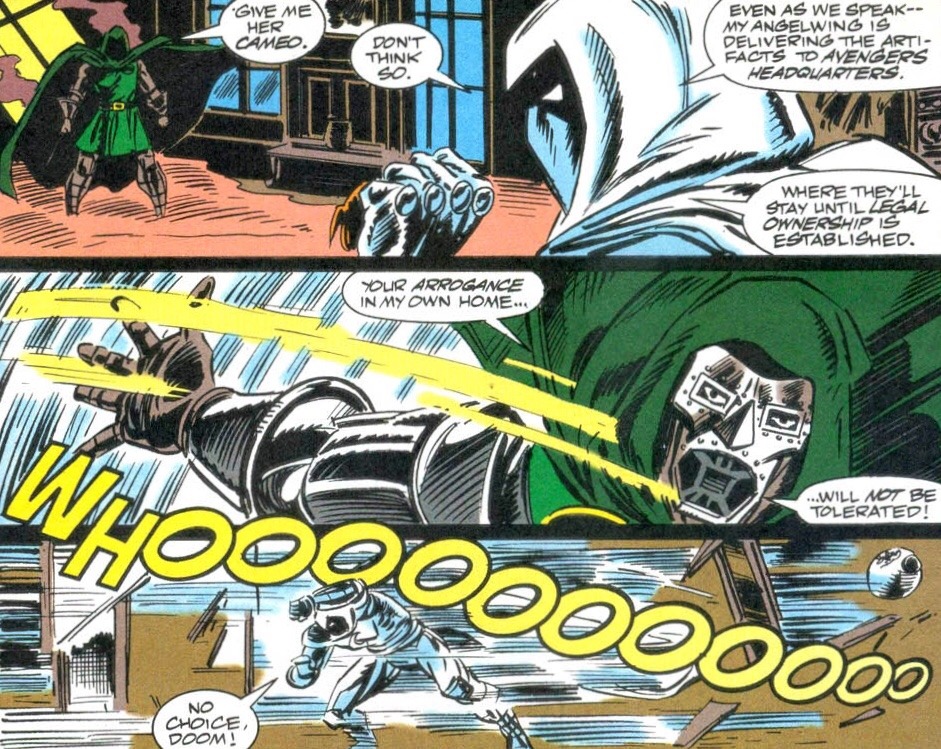 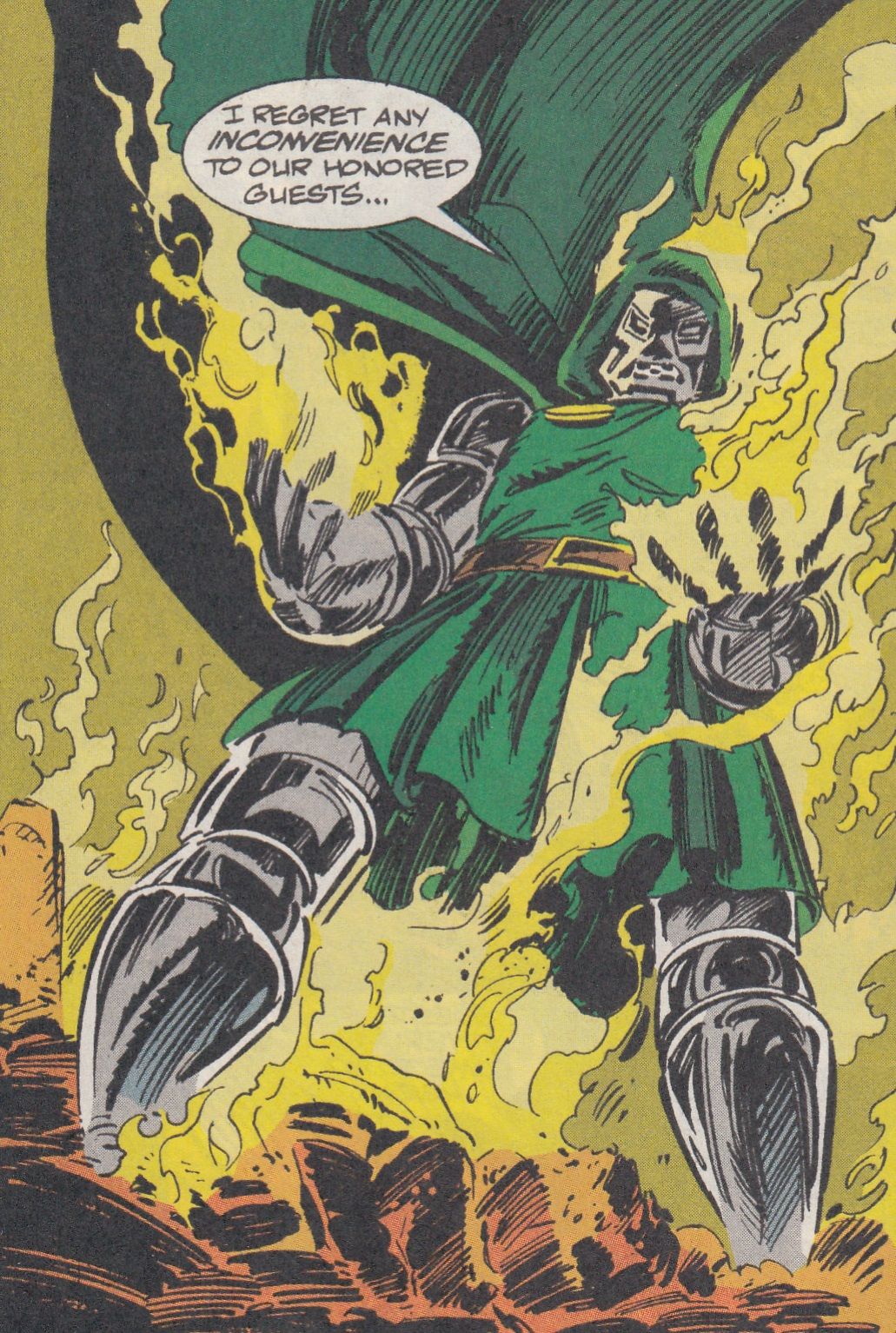 Which upsets Victor Von Doom.  And it turns out…

He needed them as part of his annual ritual to try to fee his mother from Hell. 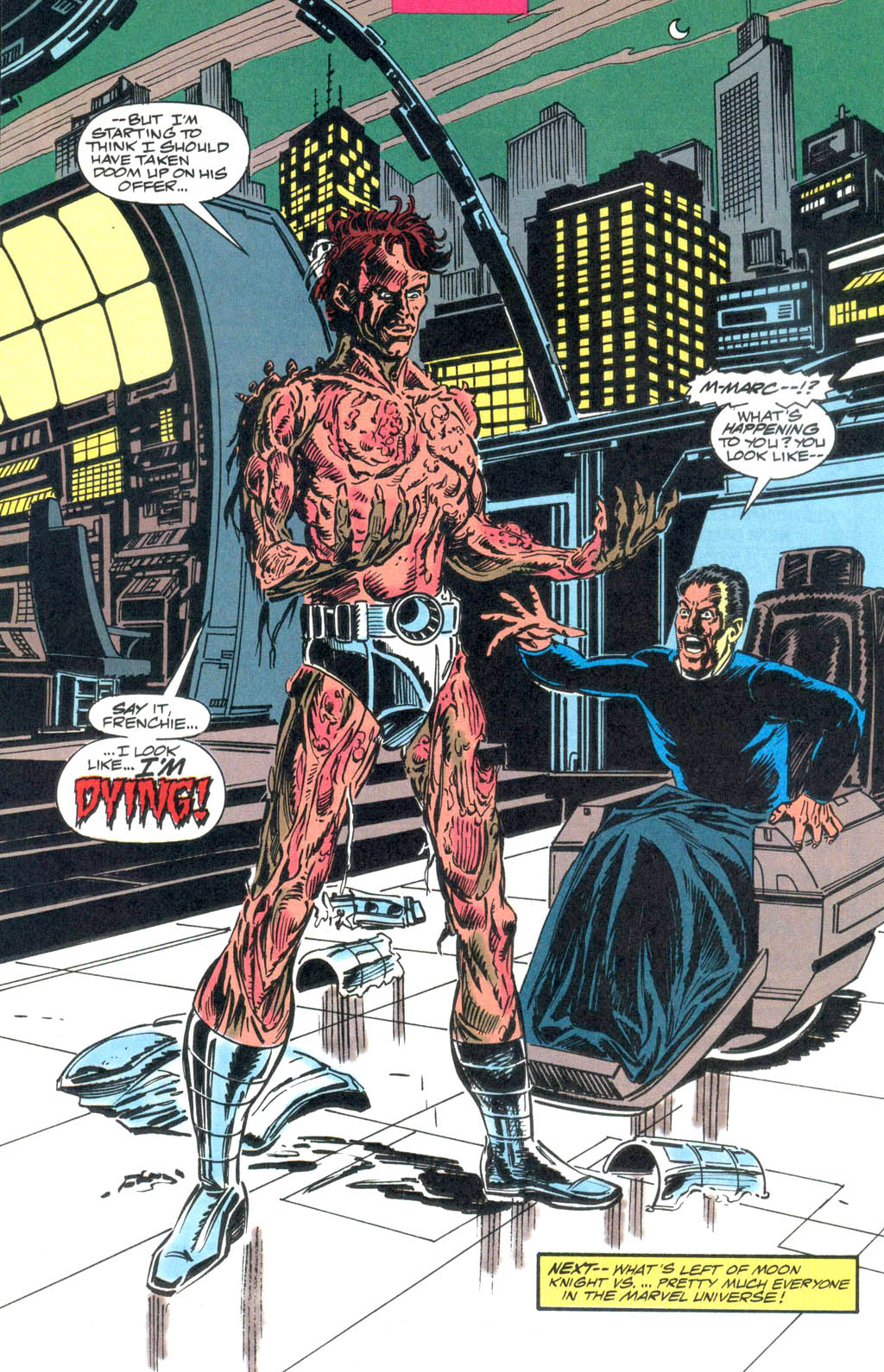 Oh, and he’s starting to melt from his armor.

This is, no pun intended, a bloody mess.

And if all that wasn’t enough nonsense to resolve, issues #41-44 are all Infinity War tie-in issues that resolve none of this.  They’re inessential to the main Infinity War miniseries and to the Moon Knight one.

So why was Moon Knight melting?  And what’s he going to do about it?  The answer will come in issue #45.  Four issues after the story was seeded.