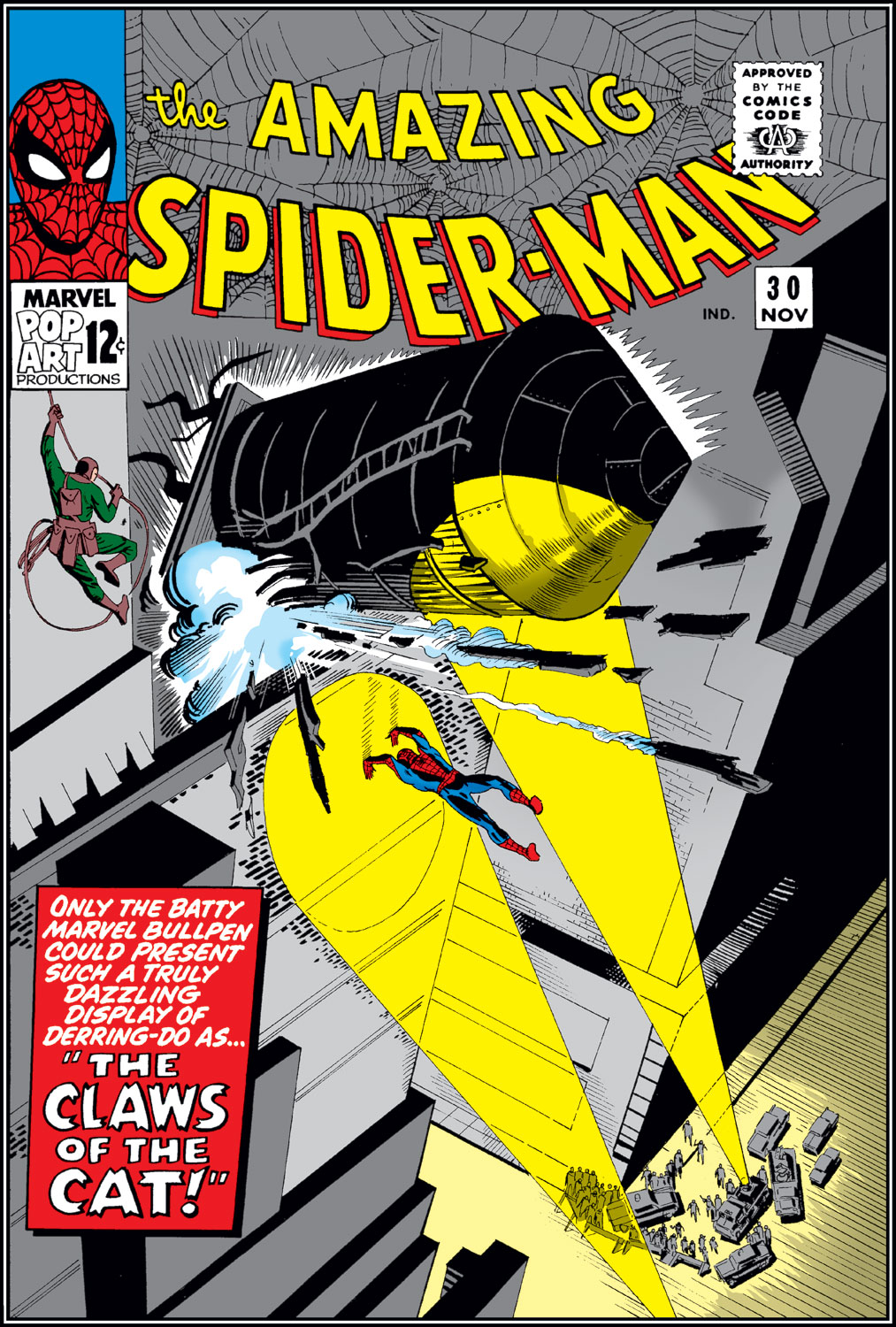 This book continues to slide slowly into a drain.  It’s still better than most 1965 comics, but you can see how Stan and Steve’s fighting was affecting the creative product.  They barely spoke by this point, and the book suffers from it in the narrative.  The script doesn’t always match the panels, for example, and the tales themselves are less and less inspired (this one is about a burglar named “The Cat,” for example).

Something very cool about these books, ‘cause I hate to be negative about Lee/Ditko, is how almost every issue of tASPM plants seeds.  In this one, there are references to The Master Planner, who will become a villain very soon.  We also keep hearing about Mary Jane Watson, but the only shot of her so far has her completely obscured by an object in the foreground. And there have been random appearances in backgrounds of Norman Osborn, but we still haven’t met him yet.  Ditko was great at decompressed slow burns—and it’s clearly him, because Stan isn’t doing this in any of the other Marvel titles.  Lee’s vision was that every issue was self-contained, while Ditko seemed much more comfortable with truly serialized storytelling.

Steve Ditko was ahead of his time. 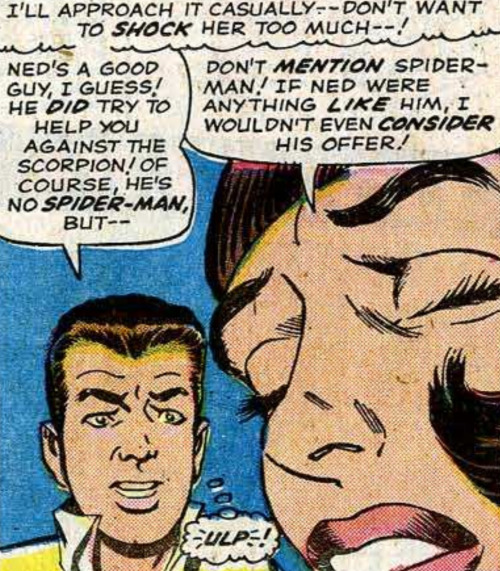 And the rejection is compounded by her hatred of Spider-Man which is neatly illustrated by Ditko: