A truly bizarre Hulk story by Danny Fingeroth and Vince Evants.  I like that it adds to my growing posts tagged “Trenchcoat Disguises in Comics.”  But beyond that, it’s weird as hell.  Hulk, in his Mr. Fixit days, wanders into a town where a kid lifts weights because he wants to be Hulk while another guy invents a powerful suit of armor and wants to kill Hulk for destroying homes nearby when he was in his rampaging days.

The kid turns out to be a bully–beating up other kids like he’s seen Hulk beat people up on TV–but then by the end learns that Hulks jerky and stops being a bully.

Morality plays certainly aren’t new to comics–in particular anthology comics–but it’s odd to see the kid being a bully instead of being bullied himself.

Then issue #96 has yet another horrible Speedball story, this time by Scott Lobdell and Dennis Jensen.  Speedball must have naked pictures of Stan Lee or something, because they never tire of publishing horrible short stories about him.  His enemy is a guy called Class Clown, and speaking of morality plays, it ends up like this… These are so, so awful. Then in #97, Silver Surfer and Reed Richards help a group of aliens with a mass-evacuation before their sun goes supernova and boils them all.  If this is what Reed’s up to, I would think he’d be busy all the time.  Maybe he just wanted an excuse to try out his new Hyperwave Connector device, which lets him and Surfer talk across the void of space. It’s a harmless little tale.  Surfer has his own comic and Reed is in the Fantastic Four, so there’s not really a need to spotlight them, but whatever.  And as you can see, President Bush appears.

The same issue has a “Bar With No Name” story and tons of villains appearing in it.  Of course, a huge fight breaks out.  And the punchline is that Impossible Man is behind the whole thing.  It’s bad.  Really bad. 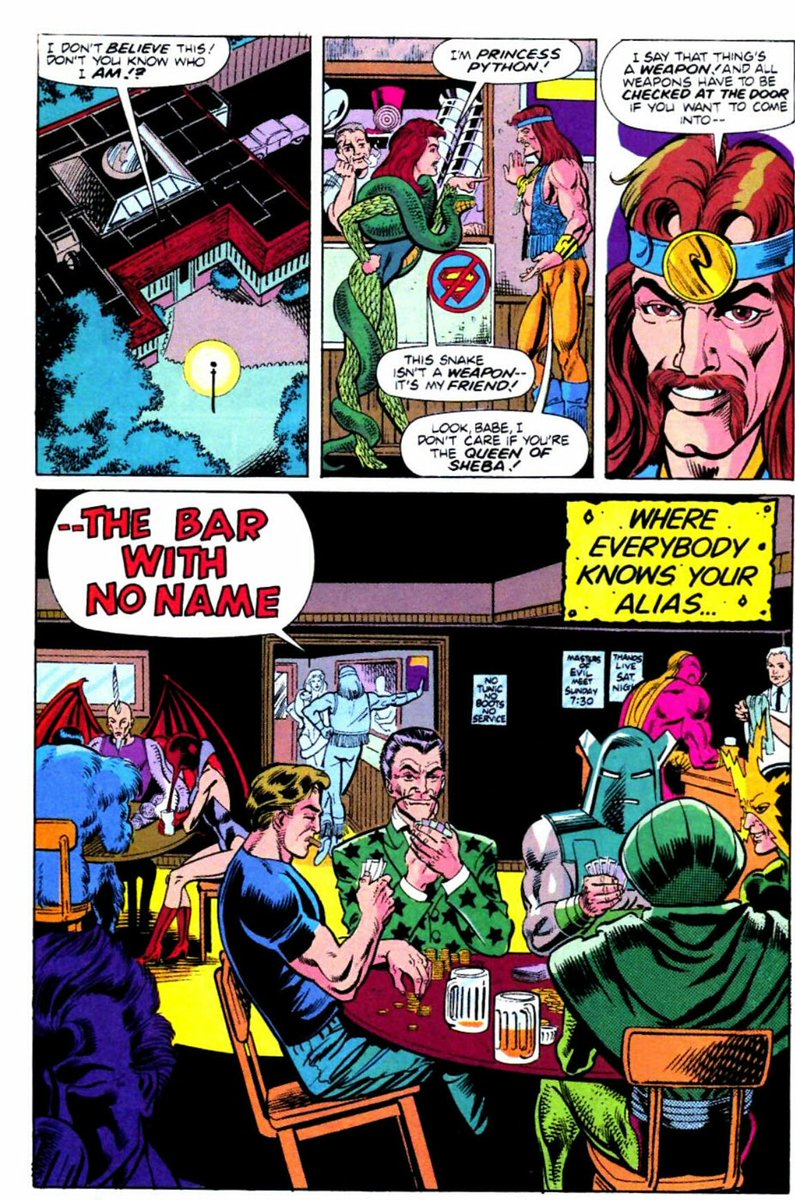 Too bad.  I always hope for a good BWNN story.