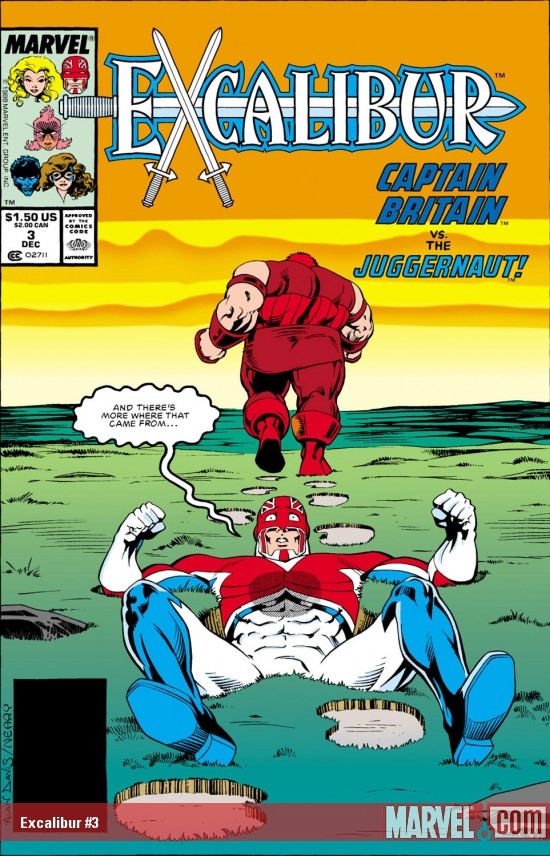 Maybe the best cover of 1988?  Maybe even the entire decade?

Vixen, an extradimensional crimelord who matters only in the pages of Excalibur, frees Juggernaut (and a bunch of other prisoners) to facilitate her own escape from custody in a British prison.

Captain Britain tries to stop him, and that page above is just terrific. And of course the rest of the team arrives to help poor Cap. 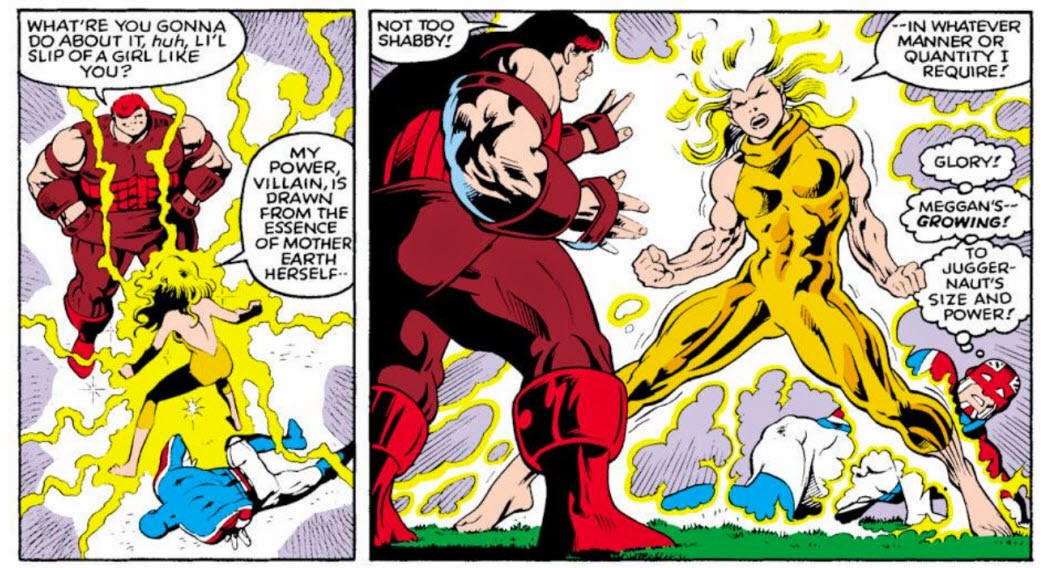 The rest of Excalibur also try to recapture Cain Marko and the other fugitives. 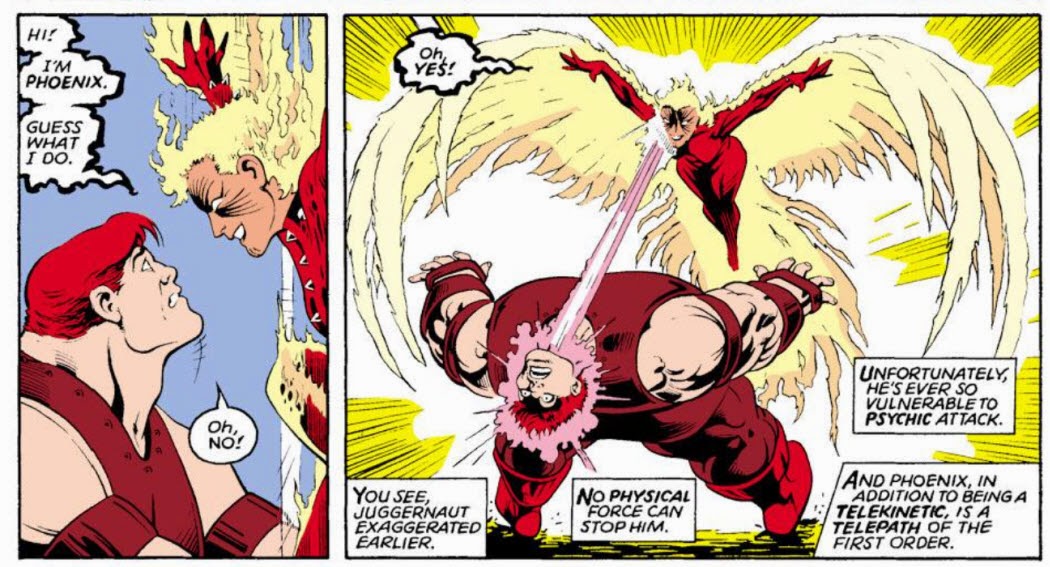 Eventually, Rachel Summers—who is now officially going by Phoenix—takes him down.

After last issue, which was weird as hell and often hard to follow, a straight-ahead battle sequence is a good rest stop. 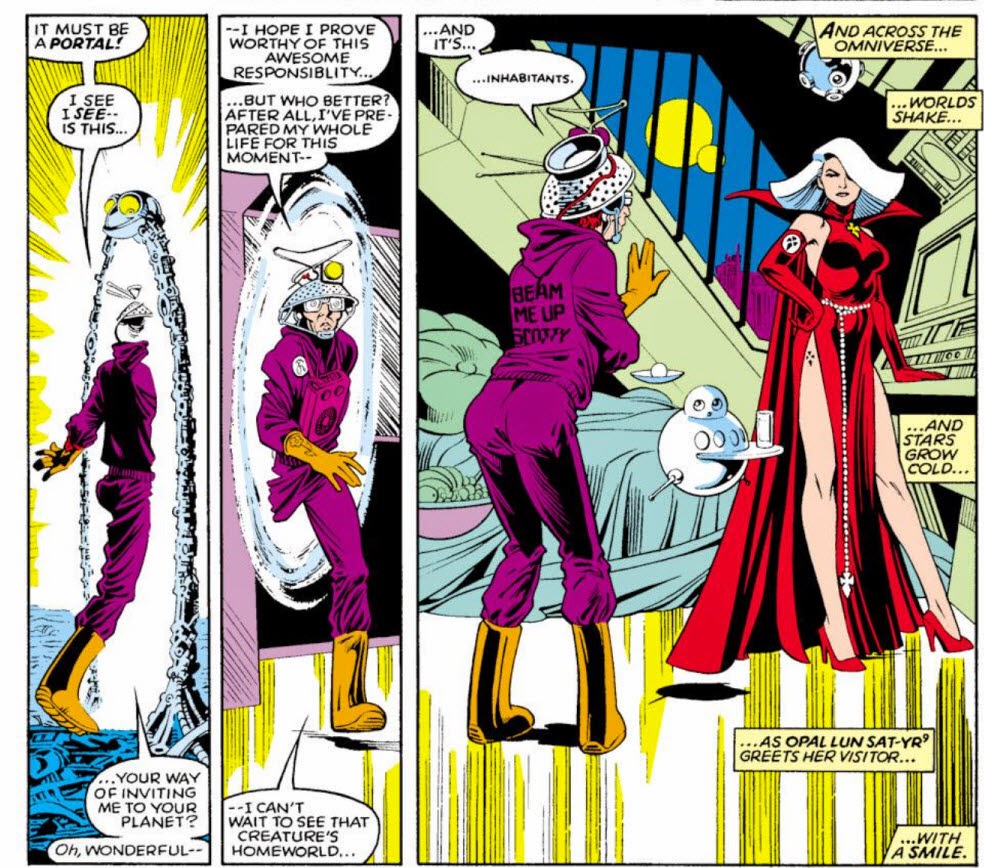 But we do check in on the weird stuff, like the flying robot head Widget (above), who teleports a paranoid alien hunter to to an alternate dimension where he meets Opal Luna Saturnyne, who is another interdimensional creep who matters only to Excalibur.  I’m not tagging all these weirdoes unless they appear outside of this comic.  There’s just too many characters.

In the end, the team decides to make Captain Britain and Meggan’s lighthouse their new home and base of operations.  And, while rummaging in the basement… Yeah, alternate dimension stuff will be a huge part of this book—which is partly why it’s got so many dang characters, and it can be so confusing.

And…Meggan and Nightcrawler are clearly getting to be an item. 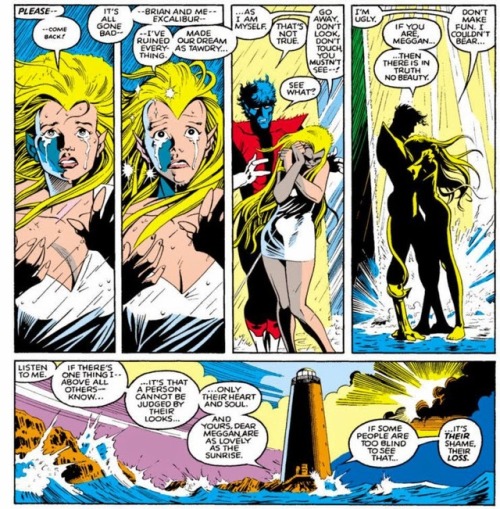