The second “signature enemy” for the team is introduced.  Magneto, of course, is their best known opponent, but the mutant-hunting Sentinels in many ways capture the heart of the X-Men concept: Human fears of Homo Superior made manifest in what is essentially an ethnic cleansing robot.  Bolivar Trask is the architect. 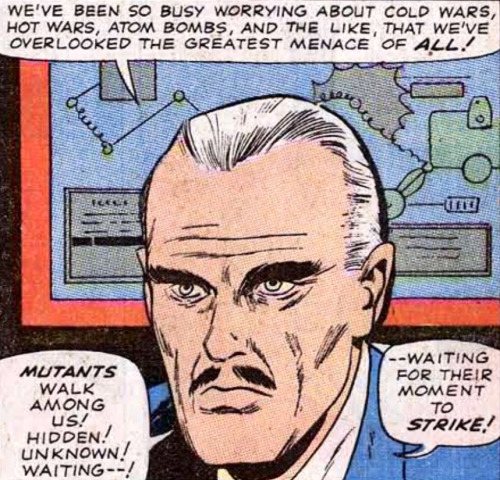 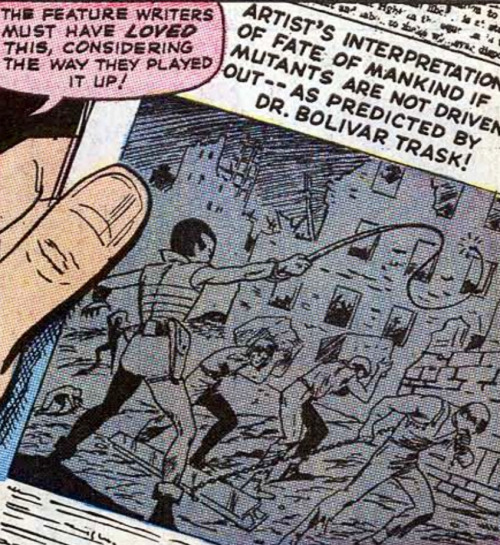 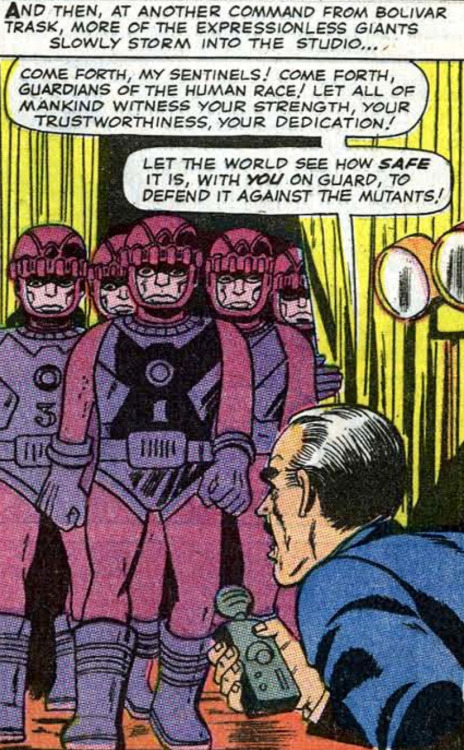 The sentinels are his robot army.  Or, as Iceman calls them, “happiness boys.”

We also meet Master Mold, an even bigger Sentinel whose job is to make other Sentinels. 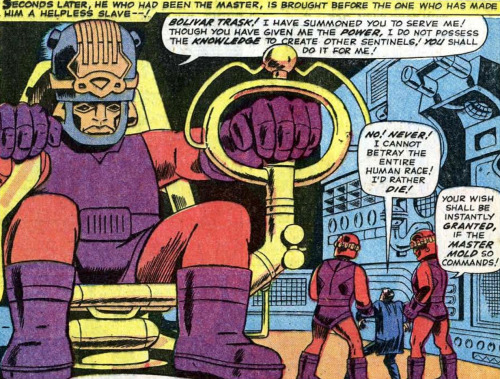 We get some glimpses of Magneto (as a mysterious figure), and technically this story continues into issue #17, but that’s where he really returns, so I’m doing a separate post there.