People say violence and action in media are bad influences on kids, and in this issue, Wolverine tries to prove it by letting the underage Kitty Pryde smoke. The Dire Wraiths!  Best crossover with ROM where the toy-character never even appears….

Rogue is being pursued by SHIELD, who have one of Forge’s neutralizer weapons, and Mystique is in disguise within SHIELD and trying to impede them from de-powering Rogue.  Forge also doesn’t appreciate SHIELD attacking mutants (he thought they’d use the weapon for the wraiths and not mutants), so he also tries to stop them—but in doing so, he causes a neutralizer blast to be diverted and hit Storm instead of Rogue. 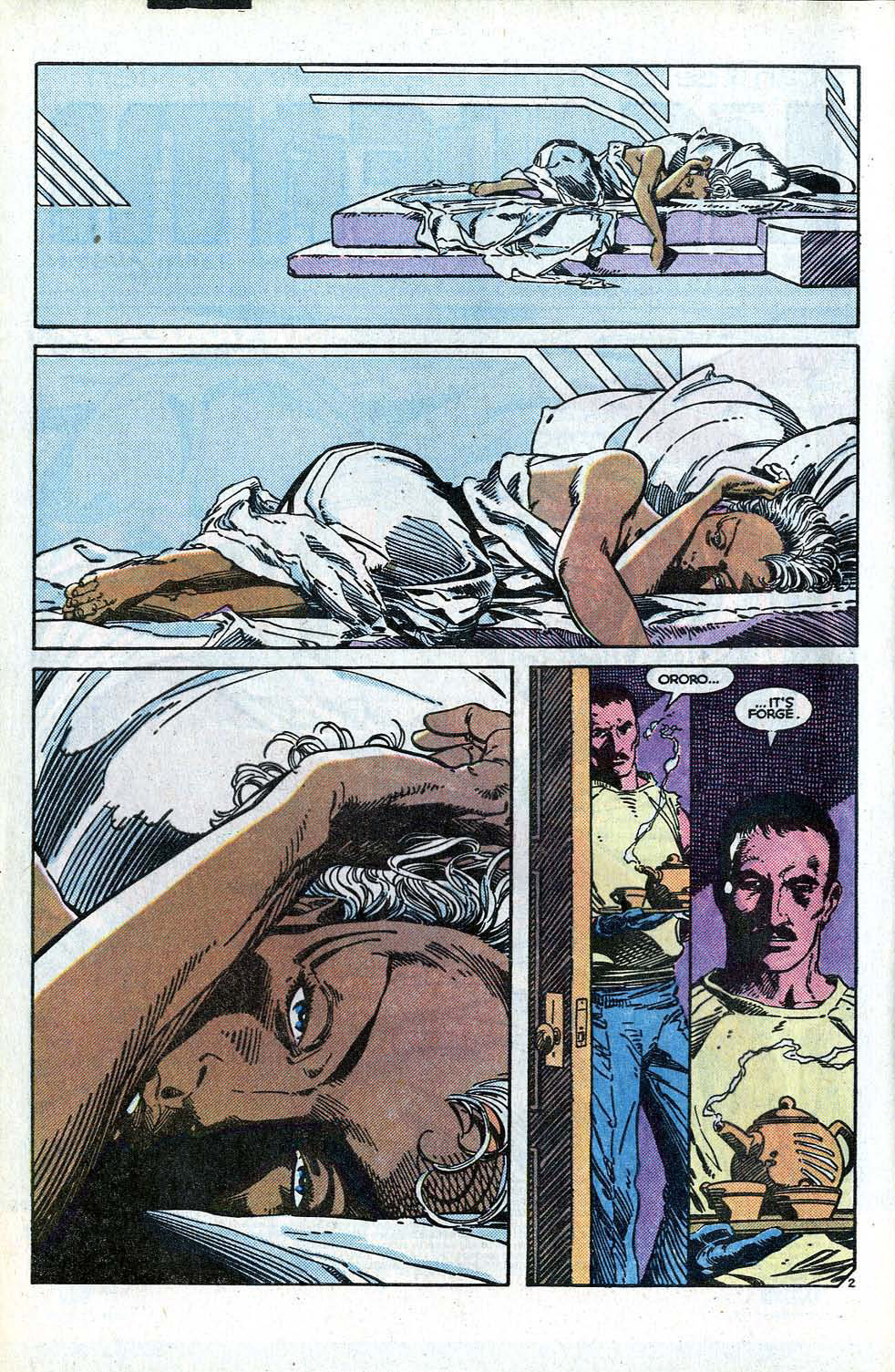 The fallout from this de-powering happens in #186, which is drawn by Barry Windsor-Smith—so it’s beautiful.  Forge takes her to his home, where she stays to recover, and the two become romantic, until Storm realizes that he designed the neutralizer that has affected her and punches him in the face.