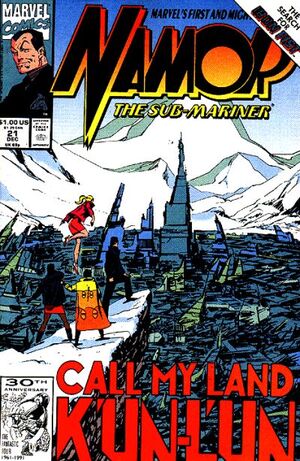 After planting seeds throughout the first two years of his run, John Byrne finally brings the return of Iron Fist plot to conclusion.  And it starts with a trip to K’un L’un, where Namor believes he will find a cure for what is ailing Lady Dorma–because he was tipped off by Dr. Strange.  He’s accompanied by Misty Knight and Colleen Wing, who are tracking the mysterious, seeming return of their old friend Danny “Iron Fist” Rand.

Strange teleports them to the mythical land. 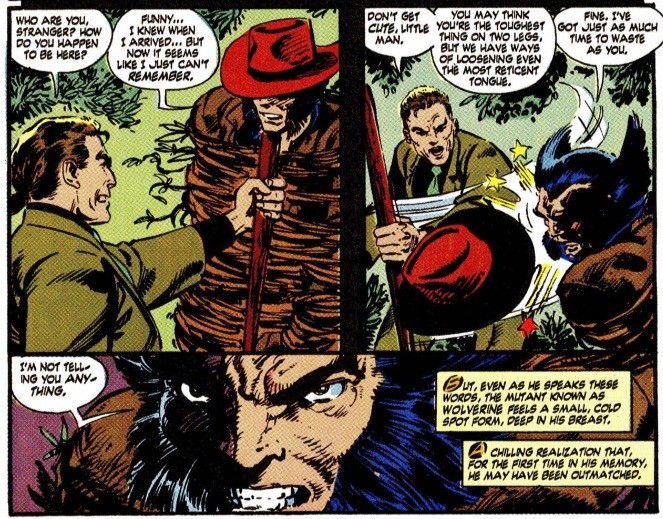 Meanwhile, Plant Man is up to no good and Wolverine is hip to it. 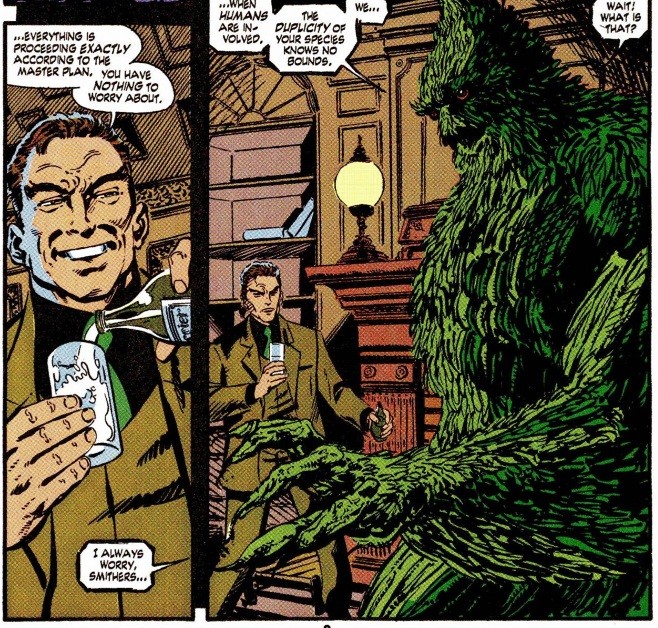 He’s kind of a broker with an ancient plant species–whose poison is part of what has struck down Dorma.

Master Kahn of K’un L’un is part of the evil cabal.  Dorma had been cloned multiple times, and it turns out, Kahn is running a clone farm.  You see where this is going, right?  It’s not Danny Rand… 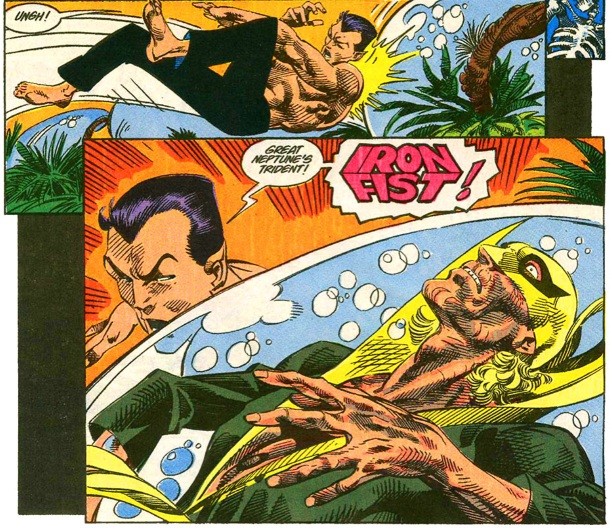 …It’s a clone.  Namor finds another such clone at the farm, being grown in a bubble, which is made possible by the plant species Plantman is working with on Earth.

Now, how do we explain Iron Fist’s death?  Because, in order for the plant species to clone him, they have to capture and bubble-fy him.

Yeah.  It was gruesome.  He was beaten to death by a kid who could turn into a super-powered adult, Captain Hero, who was a lot like DC’s Captain Marvel.

Well, Byrne retcons, that dude was actually Super Skrull.  But that doesn’t actually matter, because the guy he killed wasn’t Danny Rand.  It was a plant clone.  So why does the Super Skrull part matter?

Actually, that wasn’t so complicated after all.