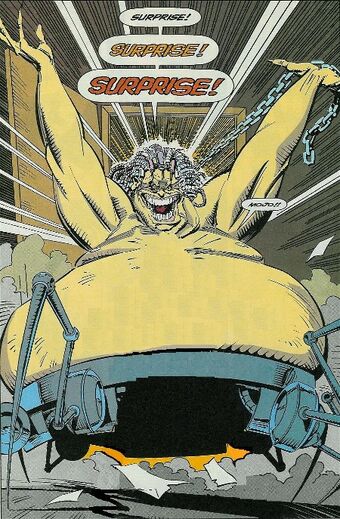 Dan Slott writes two stories in issue #89—examples of his early work.  Also early art by Joe Madureira on the Mojo story, where the extradimensional film producer sends a documentary crew to film the X-Men, but finds that they’re boring.  Must be the rare moment where nobody’s fighting them.  So he tries to make things more interesting. The other story is about Spitfire, the old member of the The Invaders, and it’s drawn by Rita Fagiani, who I’ve never heard of, and inked by a guy some of you probably know…The legendary Jim Starlin.  Wow.  And Starfire fights X-villain Selene.

Of course neither story matters.  They’re 8-page shorties in an anthology mag by a new writer and new artists.  But it’s interesting to see Slott’s early work on both a dramatic and funny piece, in the same book. Issues #90 and #91 each have one story.  In #90, we get a Nightmare story.  I do like the idea of villaincentric stories, because it’s such a rarity.

This one is framed like a “Tales from the Crypt/House of Mystery” kind of thing.  A blob-like monster named Fangu is terrorizing a town.  Nightmare really only serves as the host here—he’s not in the story.  That’s disappointing. 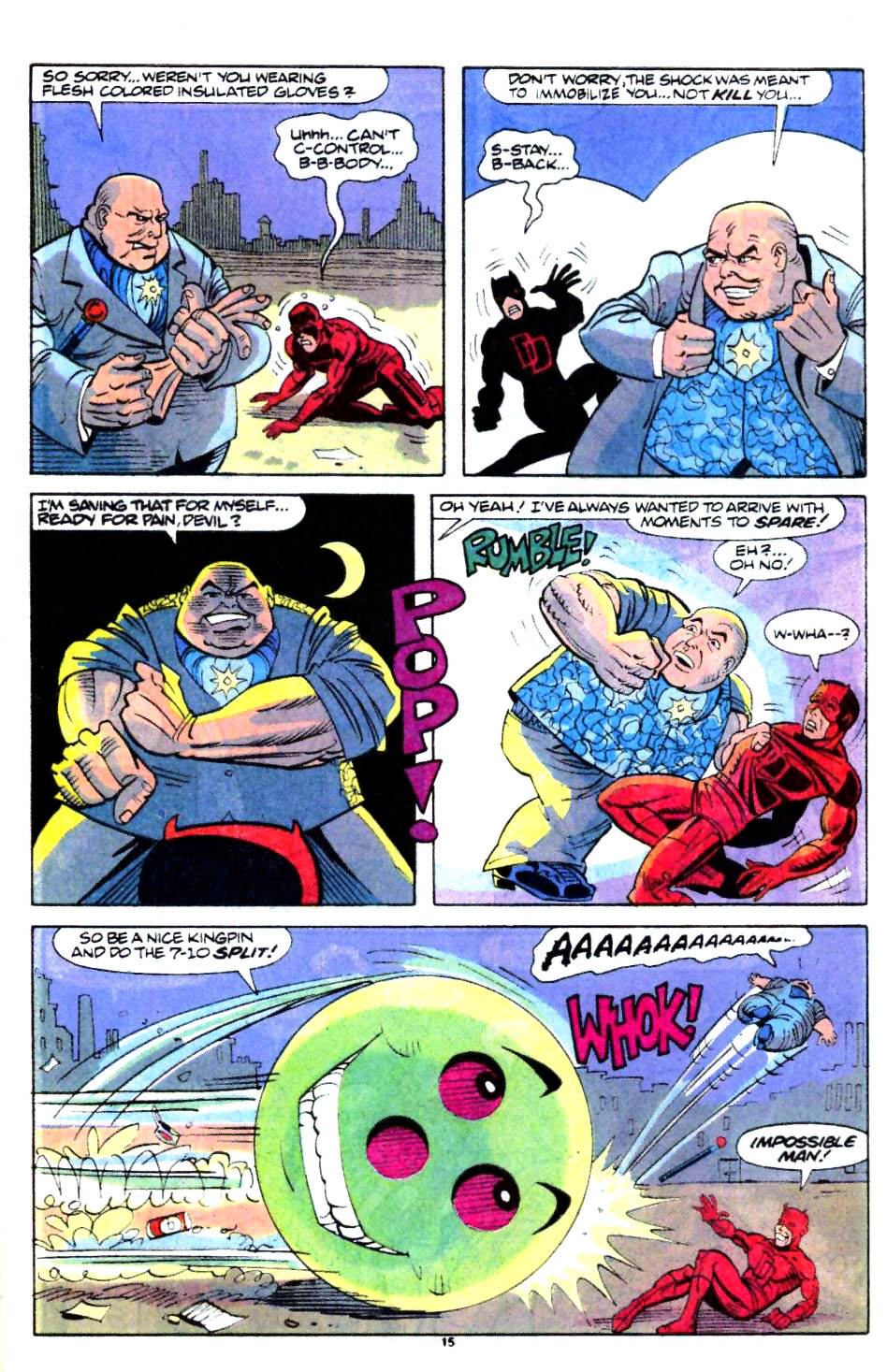 Issue #91 has an Impossible Man story and of course it doesn’t matter at all.  Impy just got several one-shot “Specials” so I’m not sure why we need more of him.  Especially by an unknown creator, David Manak, who does the writing and drawing here.  I suppose this was an inventory story.  It involves Daredevil and Kingpin, two characters who are very poorly suited for satire.  Grade: F.