Yes!  A two-parter in which we get to see the great Jack Kirby’s take on DD–who happens to be one of my favorite comic book heroes of all time.  (It’s probably between him and Spider-Man.) 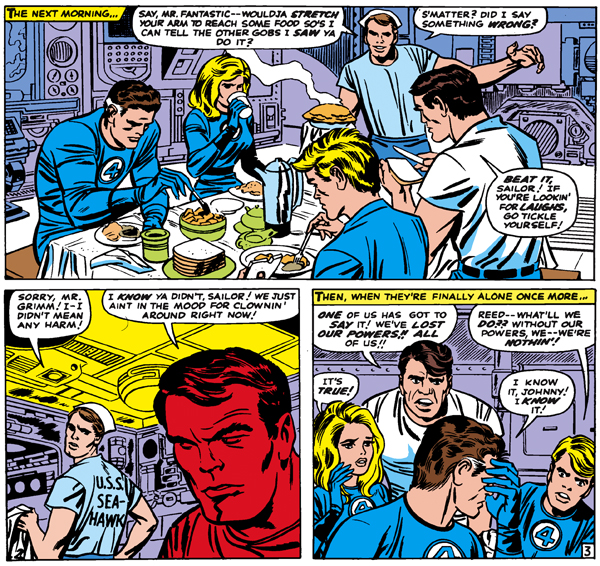 But it starts where last issue left off: With the team having been neutralized. The FF are powerless, and Reed invents various doo-dads to hide that fact from their enemies, and Daredevil helps them fight Dr. Doom. 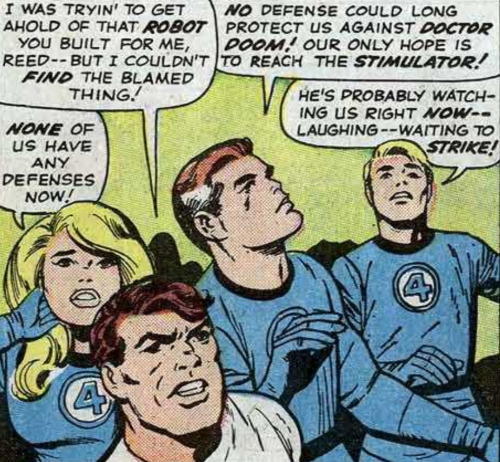 Not a bad comic but Daredevil isn’t very articulate… “Held by a bulldozer?”  What does that mean? 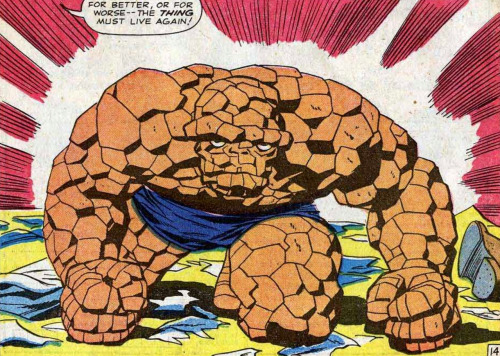 At the end of the issues, they get their powers back—which mean Ben Grimm has to transform back into the orange rocky Thing.  This depresses him so he quits the team.

This is the first time that the band breaks up.  But FF breaks up become a staple over the next decades.