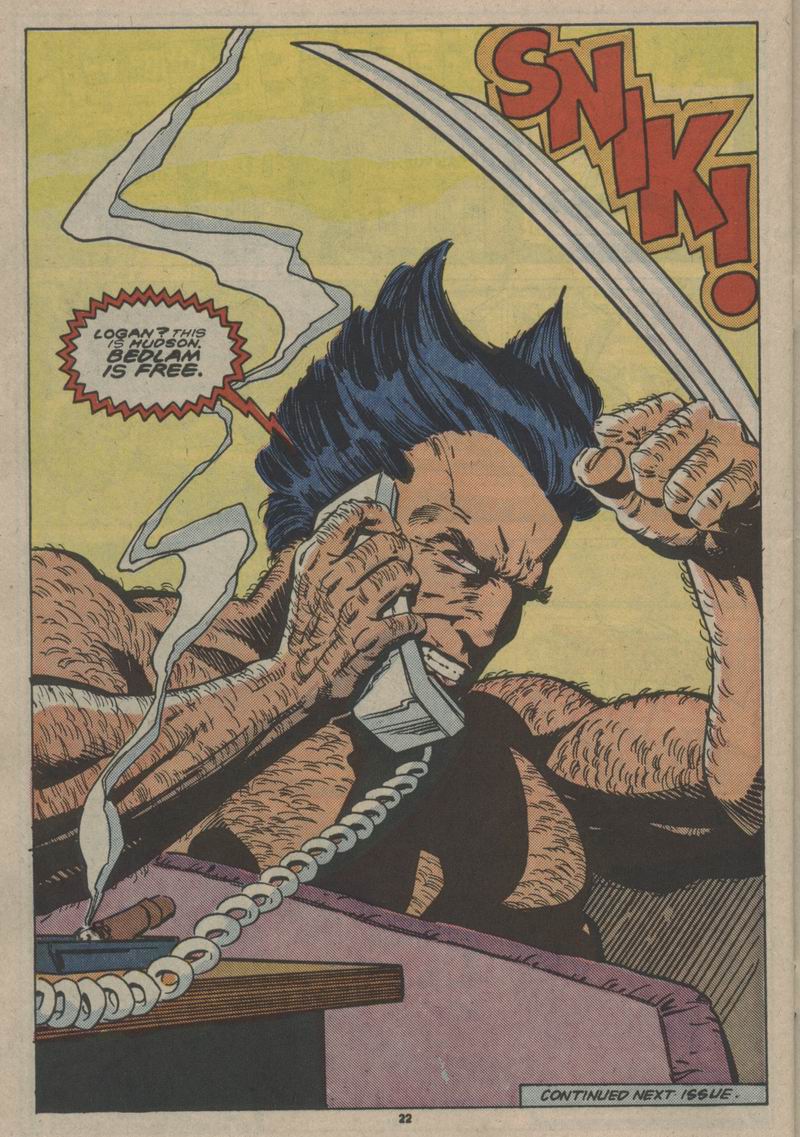 Is this a retcon? I think so.  It portrays the original Vindicator in a way we’ve never seen before and frankly, that’s not consistent with John Byrne’s vision.

Nonpowered Alpha Flight member Gary Cody starts looking into the history of Alpha Flight, and learns that team founder James Hudson (now dead, with Heather taking his armor as her own and becoming the new Vindicator) experimented on prisoners with methods to imbue normal humans with super powers.

There’s flashbacks featuring Gamma Flight and Wolverine, ostensibly so that they can put Wolverine on the cover and get someone to buy this sub-mediocre mag, but you’d think he’d have had pretty strong objections to this—since it’s basically how we was turned into Weapon X. One of these experimentees then appears and kidnaps the Alpha Flighters and takes them to the Canadian Arctic Circle.  There’s a fight and Wolverine gets involved, etc., and then in the end the Alpha Flight team decides to stay in the Arctic Circle base that was home to their kidnapper.