Two pretty good tales, both about imposters.  First, a thief steals Tony Stark’s briefcase, which apparently isn’t locked or otherwise protected, and gets Tony’s armor, so Tony puts on his old suit and it’s Iron Man vs. Iron Man. 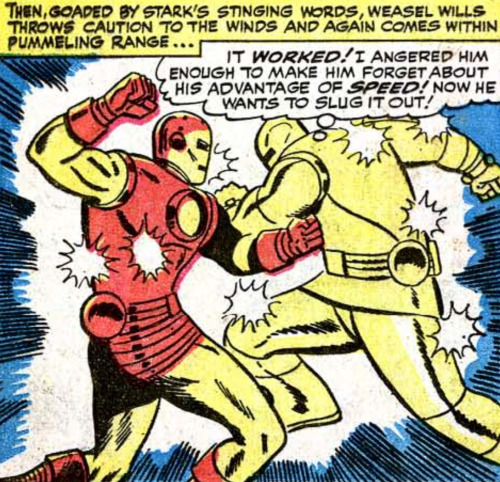 Neat story, but it moves pretty fast.  There was lots of potential for more here. The next story begins a run of 1941 Captain America stories.  This first one is the first appearance of Red Skull, only it’s not the real Red Skull, it’s an imposter.

Creators: Lee and Heck (Iron Man), Lee and Kirby (Cap)
First appearance: Red Skull (although not really) in a Silver Age comic, but it takes place in 1941.
Grade: B-