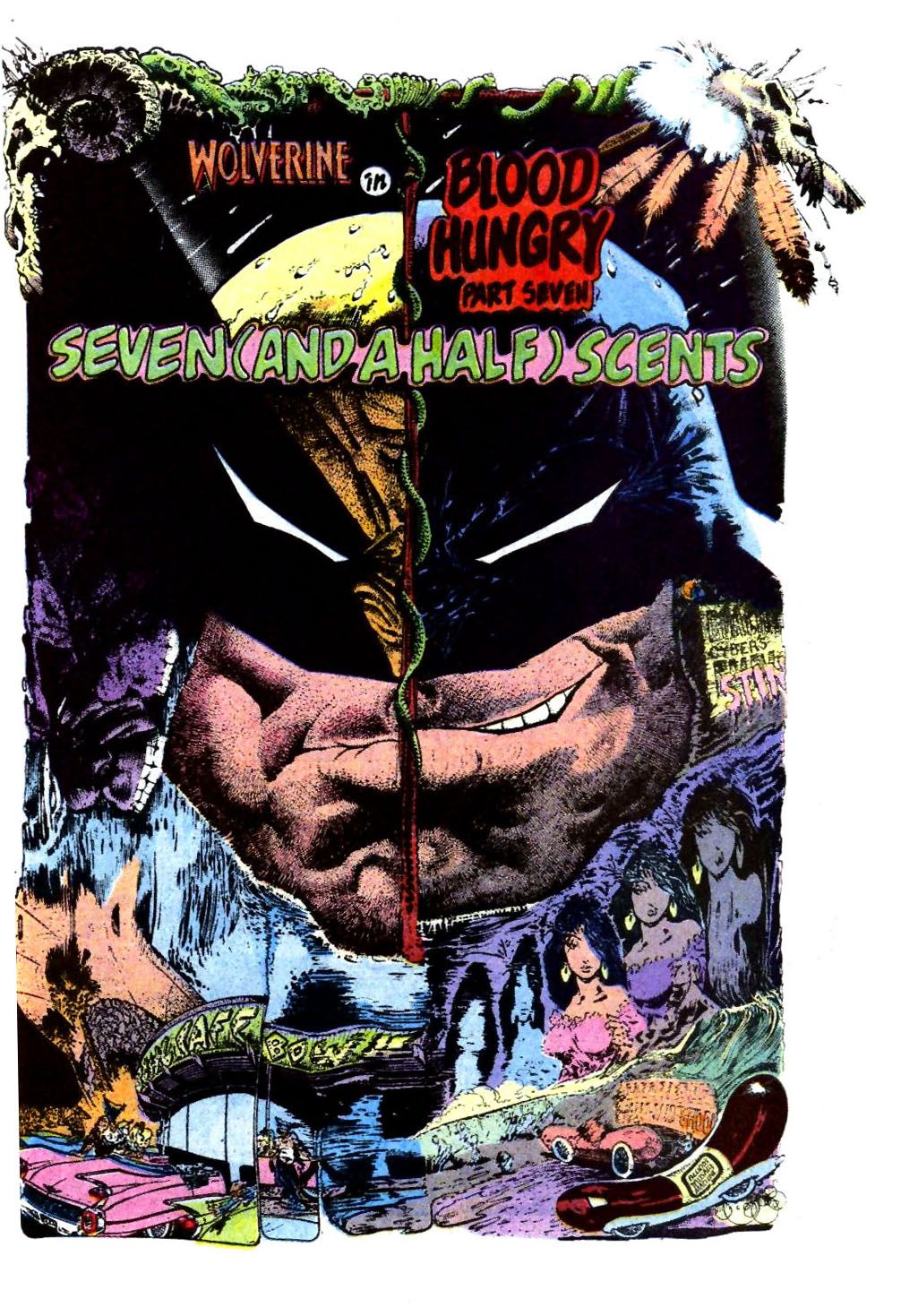 This isn’t an important Wolverine story, but it is a great one.  Peter David did some fill-in work on the Wolverine solo book, but then went over to X-Factor to write about some of Marvel’s lesser-known mutants. Stories like this make me lament what might have been.

On top of that, he’s paired with artist Sam Keith.  Keith’s style is unmistakable and odd–like Bill Sienkiewicz–so he’s not for everyone, but those who like him, such as me, really like him. 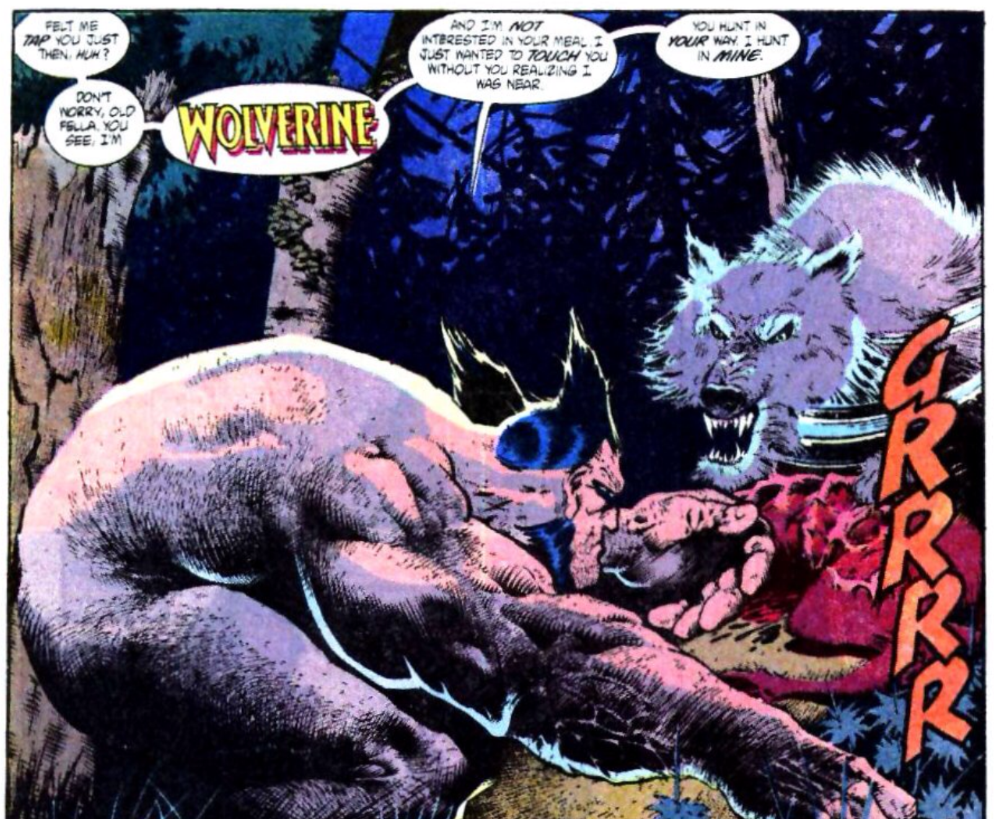 Storywise, Wolverine starts out naked hunting in the wilderness and ends the same way.  He starts by hunting a wolf, but only to tap him not kill him, and ends hunting Cyber, a new villain who is a bit like Wolverine–a good hunter, enhanced with metal armor (outside his body instead of in his bones), etc. 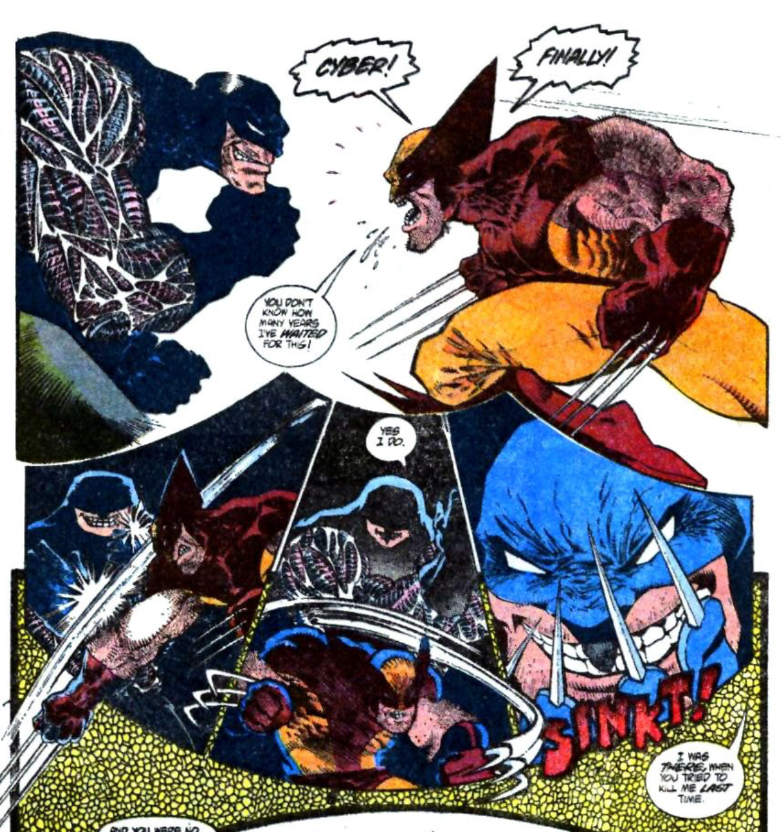 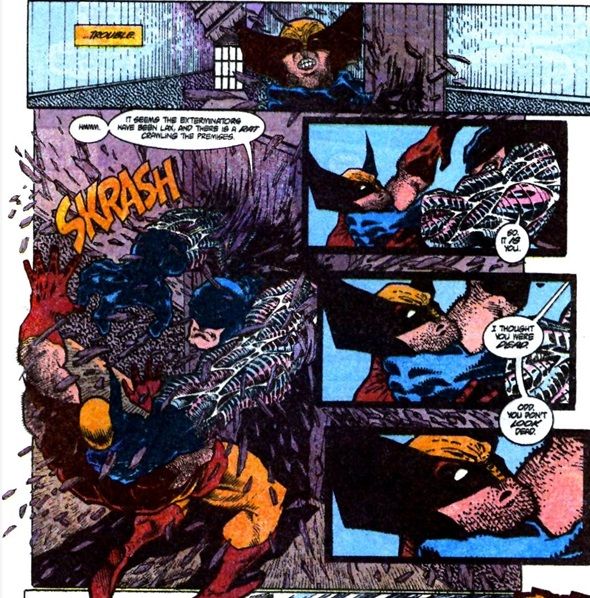 Also, he has a sense of humor…